Beckdev is planning a 22-storey tower in Coolangatta after purchasing a sizeable site in the Queensland border city earlier this year.

The Melbourne-based developer, who was behind the restoration of historic 333 Collins Street in their home city, is poised to submit plans for a $130-million tower at 31-35 McLean Street, Coolangatta.

Plans for the 2355sq m site, designed by BDA architects, show the Palais Coolangatta tower would have 175 one-, two- and three-bedroom apartments.

The tower, to be called Palais in a nod to the Jazzland Dance Palais which has stood on the site since the 1930s, also features a podium with car parking and a “nostalgic street level plaza” as well as a swimming pool, bar and function spaces on level 11.

The developer was one of six local and interstate buyers vying for the site in May, which sold for $7.9 million by Coolangatta Backpackers Pty Ltd, linked to Allan Blenkins and Steven Cerruti.

Plans were previously approved for the site in 1999 to build hostel accommodation and shops.

In 2015, plans were floated to build Jazz Land, a dance hall and tower with 108 units, but this never eventuated. 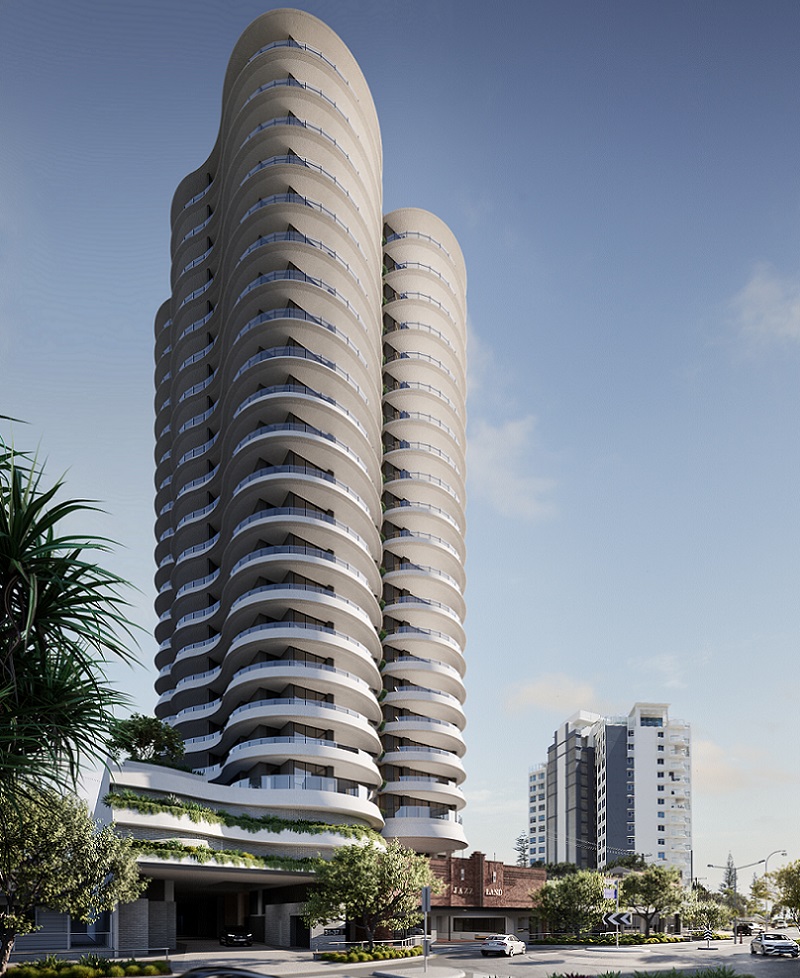 Currently the site has a car rental lot and retail stores in the converted dance hall at the base of Kirra Hill, diagonally opposite Coolangatta Sands Hotel.

BeckDev director Ben Beck said acquiring the site had been a competitive process.

“We weren’t the only ones to recognise the enormous potential of the site; after all, you can’t get much more central than this in what is undoubtedly one of the Gold Coast’s most renowned beach locales,” Beck said.

“Coolangatta stood out to us as one of the Gold Coast’s gems, its riches lie in its natural amenity, world-class surfing beaches and deep sense of community.”

“Coolangatta is undergoing a real popularity focus at the moment, and I think that comes back to its retention of the laidback surf culture coupled with its unique north facing topography,” Clydsdale said.

“What many people don’t realise is that Coolangatta was the original beachside destination of the Gold Coast, even before Surfers Paradise, and we are seeing recognition of its truly unique offering.”

Development is ramping up around the area, including plans for a $100-million-plus apartment tower in Rainbow Bay submitted last month.