[+] Hard to Find Silver Lining in Cloud over Construction

No matter how you look at it, the construction industry is facing an uncertain year. Another one.

While industry leaders say prices on some commodities—timber and steel, for example—have eased, it is the uncertainty of what happens next which is keeping them awake at night.

In a report released just before Christmas, Infrastructure Australia says the cost of construction materials has risen an average 24 per cent in the past 12 months.

But the independent body—set up in 2008 to provide a view of Australia’s infrastructure pipeline—identified the shortage of skilled labour as the single biggest issue facing the construction industry.

“The squeeze to find the right trades, at the right skill levels, in the right volumes and at the right time to deliver some of the work has been a huge uncertainty, and continues to be so nationally,” says Matt Hemming, a partner and quantity surveyor with Mitchell Brandtman.

“We’ve got a skills shortage. There are people running around trying to solve that, but it is not going to be a quick solution.”

Those at the coal face agree.

“The labour issue is just not going to go away,” says Jack Hutchinson Jnr, who estimates Hutchinson Builders are still seeing price escalations across the board of about 1.5 per cent each month, or around 16 per cent a year.

“Most of that,” says the director of Australia’s biggest privately-owned construction company, “is because of the labour market. 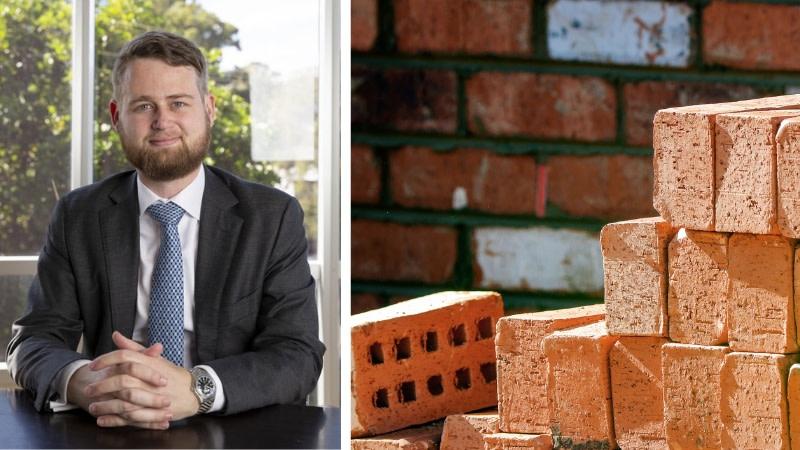 “I can’t see that slowing down. Half our book is in south-east Queensland, and we’ve got an Olympic Games in 10 years. A lot of infrastructure projects are being brought forward so the labour force can then serve things like the Olympic village.

“I think with government work alone in south-east Queensland there are going to be massive labour shortages.”

Australia has long relied upon immigration to bolster worker numbers, but a global pandemic took a big chunk out of the country’s labour force, with a net migration outflow in 2020–21 of 85,000.

However, in an annual report released this month, the federal government’s Centre for Population is forecasting net migration inflow of 235,000 by 2022–23.

Hutchinson is skeptical that will solve the problem.

“Maybe some of the lower skill sets will be easier to solve with migration, for example, tiling and some of those trades,” he says.

“But formwork, carpenters, electricians, plumbers, some of those highly-skilled trades where there are three or four-year apprenticeships required, that kind of labour will be more difficult to plug with migration.”

Shortages are many and varied, both by type of trade and by state.

The Association of Professional Builders, which counts more than 300 members across Australia, said the industry was seeing a slight improvement in labour, but the exception to that remains concreters, plasterers and ceiling fixers.

“Our builders are telling us those are still three trades where there's a massive shortage of labour,” co-founder of the association Russ Stephens says. “It’s difficult to know why certain trades have more extreme problems than others.”

Kapitol Group, a privately-owned Melbourne-based construction group, is expecting a 20 per cent increase in plastering costs.

“I think probably the biggest initial escalation on plaster was not so much on the actual plasterboard but on the metal framing, which is what the construction industry mainly uses,” Kapitol Group director David Caputo says.

“Pressure on that price came from when timber was virtually non-existent or available for framing houses, and the whole industry shifted over to metal framing.

“And that drove demand—and the price went up and hasn’t actually settled.”

Kapitol Group reports increases on metal framing of up to 60 per cent.

“You don’t necessarily think about that but we’ve had two 10 per cent increases in the past six months.

“And we weren’t tracking where it was heading before that. But you know that it’s probably sitting around a 40 per cent increase just on consumables.”

When the Albanese government brought down its first budget in October, retail electricity prices were forecast to rise by an average of 20 per cent nationally in late 2022, and a further 30 per cent in 2023-24, mostly due to war in Ukraine. 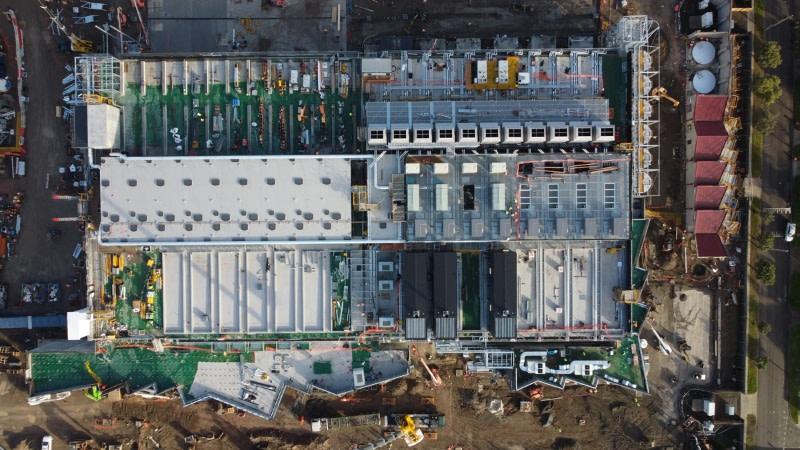 ▲ Higher oil and gas prices will affect the cost of concrete.

However, a report by the Office of Impact Analysis at year’s end indicated that, absent government intervention, national electricity prices in 2023-2024 will rise even higher by 36 per cent.

Which means any construction materials with a high embodied-energy content, will be subject to further hikes.

“We are not seeing a direct impact yet of the increasing cost of energy,” he said. “But I think a lot of these things are only just starting to play out.”

And concrete, which has always risen at a slow and steady pace. Higher oil and gas prices are now hitting concrete, which is made from cement. Cement in turn is manufactured at very high temperatures. Which uses a lot of energy.

In its 2022 report Infrastructure Australia confirmed the industry was still facing delays of up to 45 weeks in delivery.

In Queensland the critical shortage is form workers.

Bad weather for what is an outdoor job, and the number of projects means work has backed up. None of which was helped when Heinrich Formwork, a subsidiary of Heinrich Constructions, was placed into administration late in August last year.

More than 150 form workers were reportedly snapped up by Queensland construction companies, who will now “self-deliver” the form work on their own jobs rather than rely upon contractors.

“Formwork is going to go up astronomically because we have no form workers left,” says Hemming. ▲ Matt Hemming, a partner and quantity surveyor with Mitchell Brandtman.

“Our rate library right now shows a $120 a square meter for soffit form work. But what they’re getting back from the market is $250-plus. That is literally just the form work boards and the propping and the labour to put that up and take it away.

“And that's a direct consequence of lack of competition, and lack of labour. And the demand.”

And it’s not just tradies who are in short supply within the industry. Caputo says they’ve seen salary increases for management roles of 20 per cent, and employment packages that included $100,000 sign-up bonuses.

“There's a whole lot of crazy stuff that’s going on to try to secure people,” he says.

And this month, again, there’s China.

In a sudden about face the world’s second-biggest economy halted its long-held zero-Covid policy and is now facing what is likely the biggest outbreak seen.

Speaking on ABC radio last week, federal treasurer Jim Chalmers said Australia was heavily reliant on Chinese markets and Chinese work forces for a lot of the goods in the economy.

“It’s really right across the board,” he said.  “And so as we look ahead to what will be a challenging year for the global economy, a big part of that in a whole range of industries, will be the pressure on supply chains brought about by this Covid wave in China.”

Chalmers may well have been thinking of steel.  An estimated 30 per cent of Australia’s steel is imported with the bulk of that coming from China, the world’s biggest steel exporter.

Commonwealth Bank economist and currency strategist Carol Kong said the explosion of Covid cases and deaths may cause further economic disruption during the initial phase of reopening, but it would likely be short-lived. “Past reopening experiences of other major countries suggest a surge in sick people and fear of infection may initially cause labour shortages and loss of productivity,” Kong said.

“China’s Covid-related staffing shortages could add to global supply chain pressures, but we consider any supply chain disruptions to be short-lived,” she says.

“Production and business operations will likely normalise within a few months as the exit wave of infections peak and fear of infection subsides.”

Matt Hemming has been watching the uncertainty unfold for a while, and for much of last year found himself falling back on the age-old adage: a perfect storm. He’s stopped using the expression now.

“We just need six months of no problems that can be linked to the building industry,” he says.

“At the top of anyone’s mind when having to commit money to anything today is still a long list of risks and negatives—war, Covid, China, labour, extreme weather, recession, inflation, interest rates…”

“Each one comes with a percentage loading and we normally only deal with one or two minor threats, which healthy competition inevitably eliminates.

“It’s going to be some time before we return to that.”