North City, which opened in 1990, has 102 tenancies including Kmart, Farmers and a Reading Cinemas as well as parking for more than 1100 cars.

Kiwi Property said the sale was slightly below an independent valuation done on the North City Centre in March which valued it at $100 million.

“Proceeds from the sale, due to settle in July 2018, will be used to pay down bank debt and provide further balance sheet flexibility.”

The sale follows Kiwi Property’s recent sale of The Majestic Centre, an office tower in Wellington, for $117 million.

DiMauro was named on the Australian Financial Review Rich List in 2017 with a net worth of about $530 million.

NZX-listed Kiwi Property has been around for more than 20 years and owns and manages a NZ$3.1 billion portfolio of real estate, comprising some of New Zealand’s best shopping centres and prime office buildings.

In November, Kiwi sold Wellington’s tallest building, The Majestic Centre, for $111 million to Investec Australia Property Fund. The 29-storey tower continues to be managed by Kiwi. 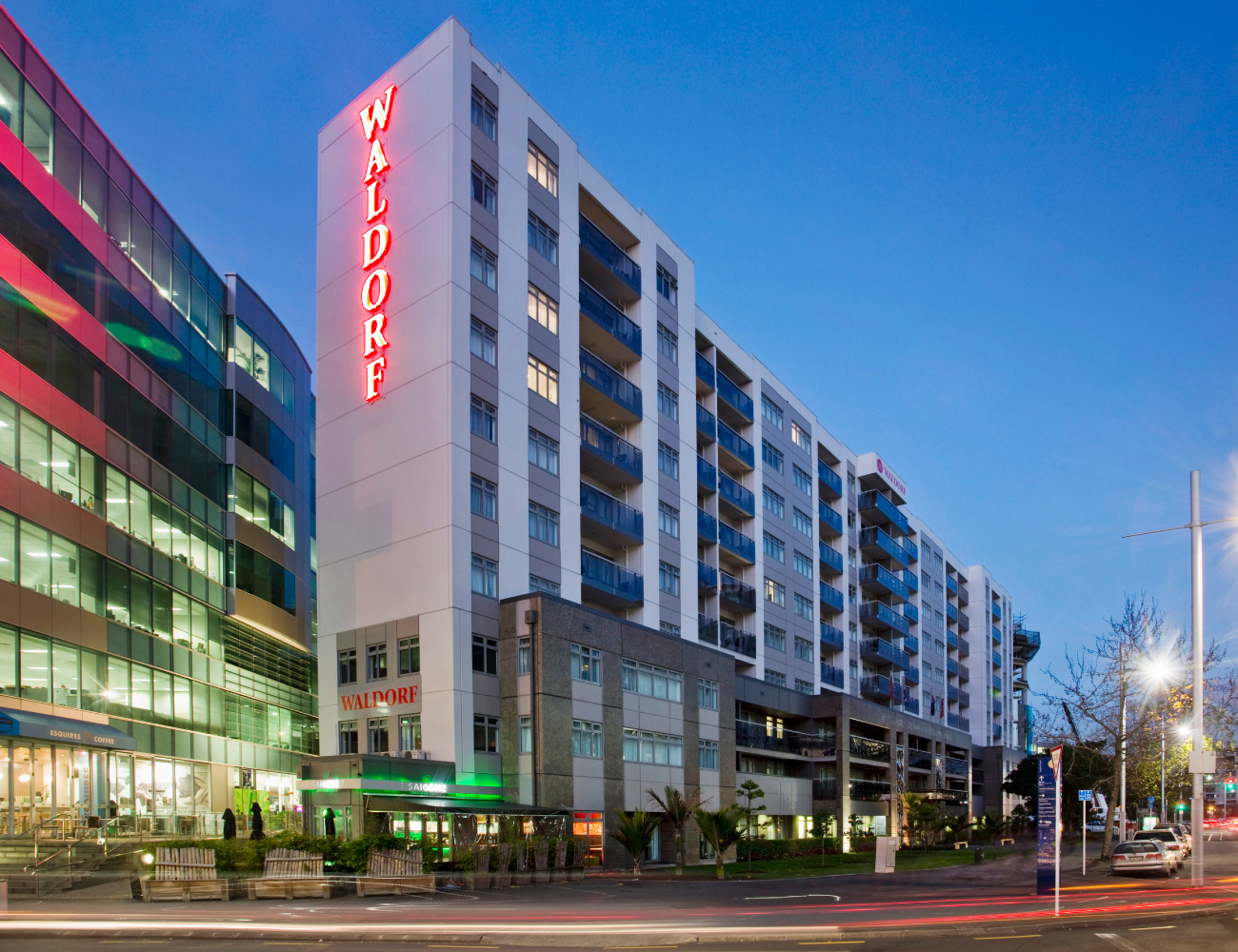 Auckland Apartment Hotel Up for Sale

The Waldorf Stadium Apartment Hotel in Auckland’s CBD has been listed for sale with price expectations around the $70 million mark.

The entity has recently acquired the Australia and New Zealand Waldorf serviced apartment business with further plans to expand in the region.

The property has been listed through Colliers International Hotels and CBRE Hotels.

“Auckland is one of the best performing hotel markets in the Asia Pacific region,” CBRE Hotel’s Wayne Bunz said.

“Investors will therefore be assured of strong returns moving forward, which is further underpinned by one of the largest international serviced apartment operators in the world.”

The hotel divestment would represent the first major hotel sale in the Auckland CBD since the Hilton Auckland sold in 2012.