American architecture and engineering firm EDG has come up with a unique and innovative proposal that they hope will bring New York's transport and infrastructure into the future.

The firm's idea, "LoopNYC" - a concept that sees the conversion of one lane of existing cross streets and highways into driverless automobile expressways, with the intended result of a safe, sustainable and efficient “micro-highway” automated traffic grid.


“NYC, like so many urban centres, is facing an imminent infrastructure crisis as the continuous influx of residents will soon be insupportable," EDG Founder and Managing Partner John Meyer said. 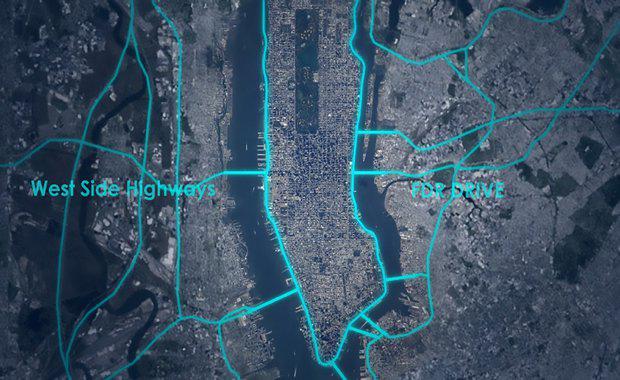 "As a proactive response to the inevitable driverless vehicle technology, we created a solution that is simultaneously simple and implementable by automating a portion of the traffic grid with driverless vehicles.”

The FDR drive and West Side Highway would, according to the proposal, have one lane in each direction designated for automated vehicles that would connect to selected exclusive crosstown lanes at 14th, 23rd, 42nd 57th, 86th and 110th Streets. Once inside Manhattan, driverless vehicles would use these as designated expressway loops. 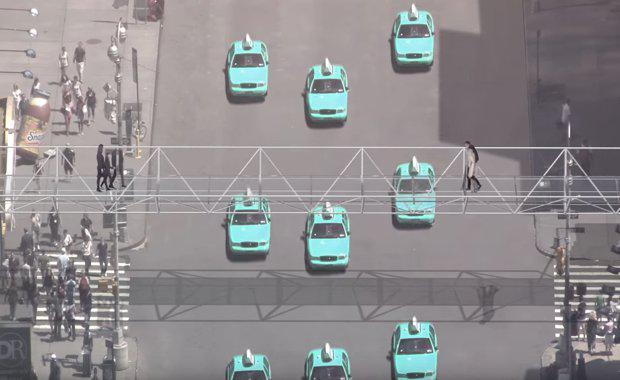 The result? An optimised flow of traffic in and out of the city.

EDG recently published a video on their idea, where they claimed a route from Grand Central to lower Manhattan and back - a trip that would currently take 40 minutes - would, with the proposed auto-grid in place, take 11 minutes and saving 30 minutes a day for the average commuter.

EDG doesn't want to stop there: once the automised transport system is in place, they believe New York would be able to reclaim pedestrian pathways running the length of Manhattan over the tunnelled cross streets, creating more open space via a 13-mile-long pedestrian park. 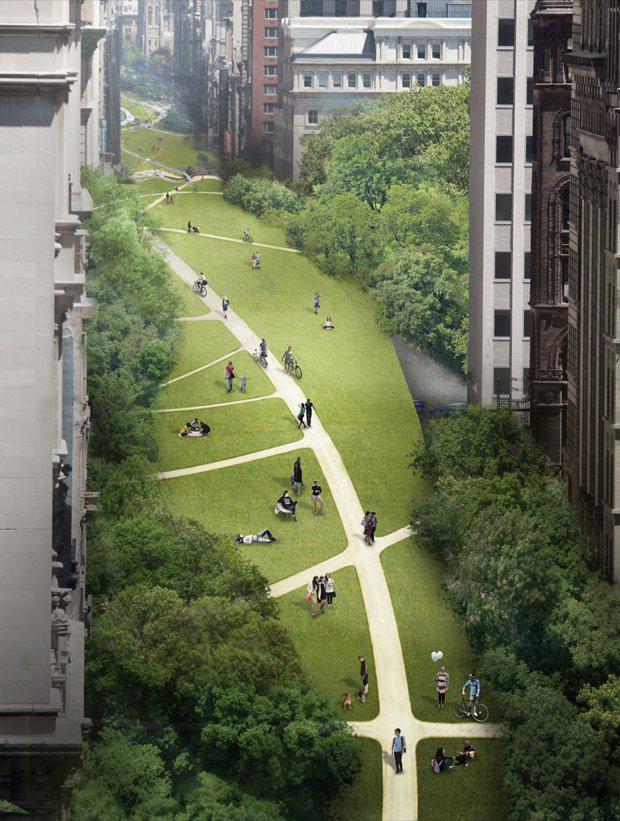 Broadway, for example, would be transformed into a linear green space, allowing commuters on foot and on bikes to use paths to make their way up and down the island, enjoying its natural rolling hills. Better yet, access would never be more than six blocks from any of the city’s inhabitants. 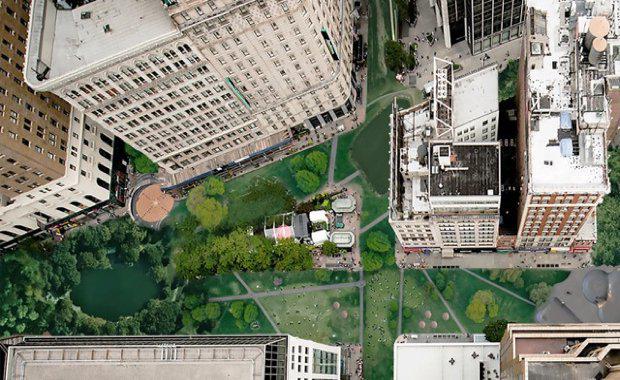 The architects believe that the proposed transformation would not only provide obvious health and quality of life benefits, but would also provide environmental benefits like air and water purification, noise filtering and increased drainage.

While the concept is no doubt unique to New York, the idea of driverless cars and automated transportation is not a new topic in conversations about the future. The concept has been covered on The Urban Developer.

Following the news of Tesla's 100 million miles travelled on auto-pilot in 2016, Uber and Google's fully autonomous mapping vehicle trials and Singapore's trial of the world’s first fully autonomous bus, it was determined that driverless vehicles were no longer a distant vision from a faraway future.

The question was, are we ready?

Related article: Driverless Cars Could Be Motoring Their Way Into Our Future

TTM traffic Director Simon Crank told The Urban Developer that driverless cars will bring about unprecedented transformation of people’s lives, and road networks and cities must be designed to accommodate this.

It is certainly a challenge, with many possible disadvantages arising while trying to blend the lifestyles of human being while accommodating the functionality of automative transport. However, many experts believe that once the kinks are ironed out, driverless cars could provide a range of desirable advantages.

One of the biggest possible benefits of driverless cars is road safety. According to the World Health Organisation, road accidents account for almost as many fatalities as lung cancer, diabetes and respiratory diseases. Human error is the undeniable factor.

Related article: How Do We Design Our Cities For Driverless Cars?

Convenience is another significant benefit of the autonomous influx. Whether it be the convenience of commuting or parking, the time spent during these often stressful and unavoidable periods can be devoted to something far more productive and enjoyable.
In terms of LoopNYC, Dezeen reported that the architects believe their concept "shockingly implementable" and would provide an inexpensive, reliable, sustainable and infinitely expandable mode of transportation. If LoopNYC does in fact become a reality, it may be the herald of serious infrastructure changes in the near future.

#Companies
AUTHOR
Staff Writer
"TheUrbanDeveloper.com is committed to delivering the latest news, reviews, opinions and insights into the best of urban development from Australia and around the world. "
More articles by this author
ADVERTISEMENT
TOP STORIES
Residential