Confidence within Sydney’s property industry has held firm in the face of uncertainty around macroeconomic conditions, with businesses remaining confident in their own work schedule and staffing levels.

Confidence increased by nine points in the September quarter overall, according to the latest ANZ-Property Council survey. A score of 100 is considered neutral.

With 750 respondents across the property sector nationally, the quarterly survey was conducted between August 29 and September 13, a period that may have clouded sentiment more than usual. At that time, market expectations of property prices falling by almost 20 per cent by the end of 2023 had been tipped by economists from the big four banks.

Over the quarter, future staffing level projections were strong in all states and territories, with the national average sitting at 22, significantly above the historical average of 16.6. A score of 0 is regarded as neutral.

Future work expectations also remained in positive territory but saw declines in every market aside from NSW and the ACT. The national index, sitting at 37, is slightly above the historical average of 36.8.

PCA acting NSW executive director Adina Cirson said the results revealed companies had confidence in their own operations, but external factors such as interest rates and construction costs were weighing on sentiment.

“While property industry confidence went up slightly, it masks these strong forces pulling sentiment in opposite directions,” Cirson said.

“On the one hand, work pipelines and employment expectations look strong, while on the other hand interest rates, inflation, construction costs, skill shortages and recessionary fears in Europe and the US give real cause for concern.” 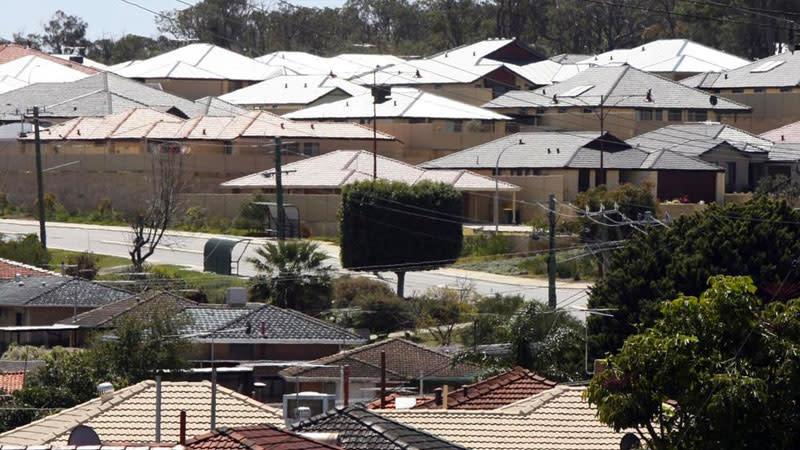 ▲ CoreLogic data shows while house prices dropped in Sydney and Melbourne in the three months to August, they rose by 0.4 per cent in Perth.

Meanwhile, Perth is now the only Australian city expected to experience growth in house price expectations as confidence in the property industry continues to waver in the face of concerns about access to debt and falling asset prices.

The survey found Perth’s house capital growth expectations rose from -1.1 index points to 5.1 index points, making it the only city to sit above zero. A score of zero is considered neutral.

Perth home values have risen a cumulative 24.5 per cent since the start of an upswing in June 2020. The -0.2 per cent fall in values through August, the first month of declines this year in the Perth market, took median values to $562,000.

Supporting house prices has been Western Australia’s strong economy, growing population and affordable housing which has meant buyers can more readily manage the increased costs of servicing a loan than our east-coast counterparts.

Perth is also experiencing a housing and labour shortage simultaneously. The city has low stock levels and properties being constructed at a slow rate.

“We have seen an increase in demand in residential property, but supply constraints have limited the ability of industry to bring new projects to market, with limited supply and added demand pushing house prices up,” Brewer said.

State economic growth expectations for the next 12 months 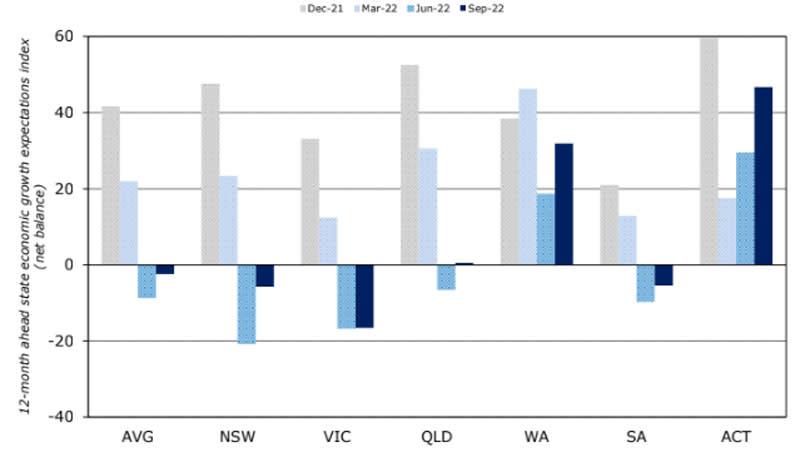 “Market optimism coupled with strong forward work schedule expectations has the potential to boost WA’s profile and make the state a beacon for talent attraction.

“Ensuring a healthy pipeline of new homes will help maintain Perth’s enviable housing affordability and will attract new talent to the state.”

Survey respondents shared concerns about supply pressures, with 38 per cent of Western Australian respondents scoring housing supply and affordability as the most critical issue for state government.

The proposed changes include reducing the number of panels from five to three—one covering the Perth CBD and inner metropolitan area, another one to cover the outer Perth metropolitan area and Peel region, and a final panel to cover all other regional areas.

Building approvals have been going backwards in Western Australia over the course of 2020. According to the latest figures from the Australian Bureau of Statistics, approvals retreated by -36.9 per cent between the months of June and July driven by a large fall in apartment approvals.