Construction of the A-grade office building on a 6700sq m site at 60 Cremorne Street began before the pandemic with completion slated for February—it was subsequently delayed and completion pushed back.

Seek is now preparing to move all 1200 of its staff into the building later this year.

The Hassell-designed building, constructed by Built with interiors completed by Buildcorp, provides the company with 19,700sq m of gross floor area across seven storeys—an upgrade on its current headquarters at 541 St Kilda Road.

Each workplace level includes a hub and kitchen area next to lifts, providing a social area for staff, while the building offers touchless access throughout and flexible floor plates.

It features winter gardens, a cantilevered feature staircase, a top-level terrace with two large bars that can accommodate 400 people, extensive end-of-trip facilities and a substantial atrium.

“Seek has always put its people first and in thinking about our new home, enhancing our culture was our number one priority,” Banks said.

“The space will allow for even greater innovation and collaboration across teams, supporting our agile culture and our ambitious growth strategy as a global technology company.” 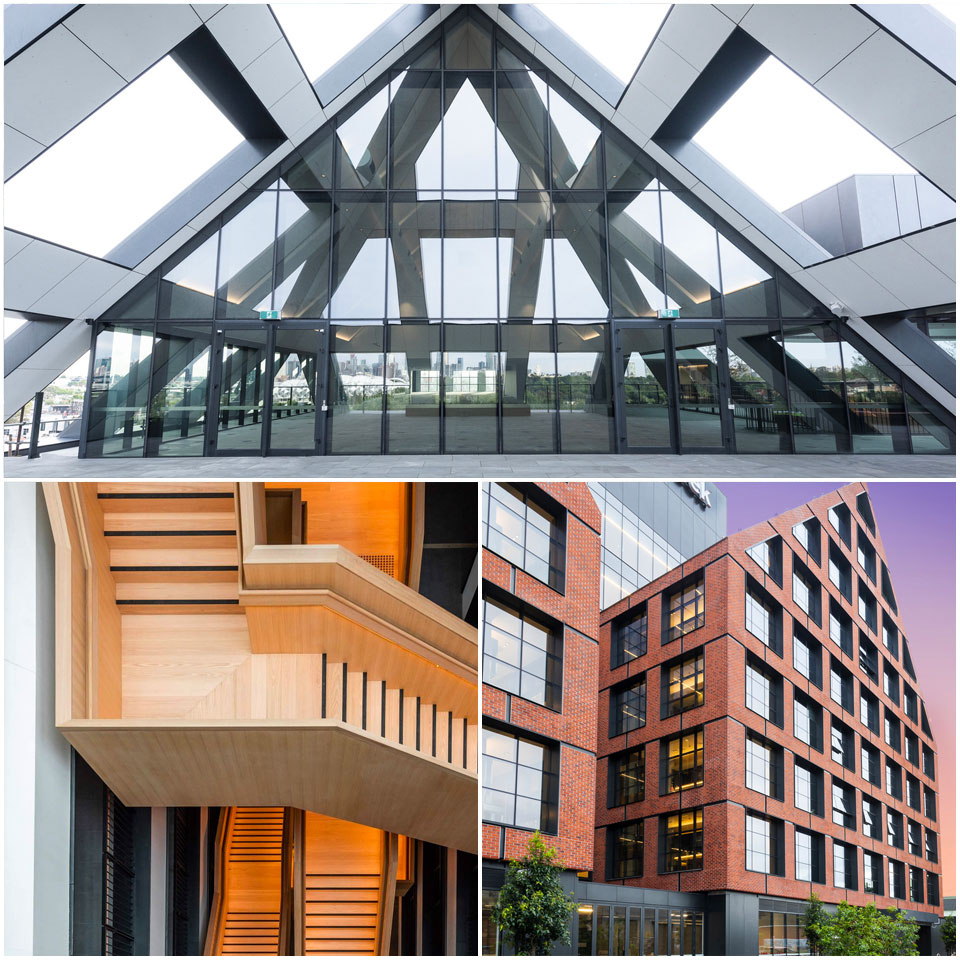 ▲ Seek said its primary objective was to create a people-focused workplace, one that fosters connection between workers and offers future flexibility within floor plans.

Externally, solar panels are integrated into the roof in the same proportions as the windows to create a consistent facade.

The project also achieved a 90 per cent recycling rate during construction and offers a range of sustainability and wellness features, such as extensive end-of-trip facilities for workers.

The building also features a brick corium facade—the largest application of the product in Australia.

Hassell principal Ingrid Bakker said the building had endeavoured to reference the suburb’s industrial heritage of local makers and manufacturers so it would sit comfortably within the existing urban and historical context.

Once a working class and industrial suburb, Cremorne, along with nearby Richmond and Burnley, is on the fringe of Melbourne CBD before the city spreads into the leafy eastern suburban belt.

The precincts have been rapidly transforming in recent years into commercial and residential neighbourhoods with more mid- and high-rise projects attracting a growing number of blue-chip tenants.

Cremorne now has a growing reputation as a thriving tech and creative precinct with major players such as Tesla, Uber, the Walt Disney Company, Carsales.com.au and REA Group having since moved into the neighbourhood.

Domain and MYOB are also in the area, while Australia Post has committed to a new building being developed by Charter Hall on Richmond’s Swan Street.