The race is on to build Australia’s first 3D-printed house, with a slew of projects set to break ground in coming months.

Although Australia has lagged other nations in adopting 3D-printing technology and processes, a sudden uptick of interest and activity has seen several local and international players on the cusp of bringing a residential project to market.

Dubbo councillor Matthew Wright is leading the push for a trial of four 3D-printed houses in coming months.

He tells The Urban Developer, “We’ve had a number of companies in Australia, and actually one overseas, actively reach out and have a discussion with council.

“Some are on the cusp of having that technology in place. We seem to be getting closer and closer to having one of these projects completed.”

Among the companies operating in this space is Luyten. The Australian startup printed a code-compliant (AS/NZS 1170) demonstration house, the first in the southern hemisphere, in just three days.

Home-grown company Contour 3D recently printed a poolhouse for the renovation TV program The Block, while Fortex has announced an importation and distribution partnership with international player COBOD, with the first printer set to arrive before the end of the year.

The Urban Developer also understands several other councils and large developers have entered negotiations on pilot projects with 3D-printing companies.

Walls up in days, not weeks

3D-printed houses have walls built of aggregate material such as concrete or mortar, with traditional methods used for the rest of the house. A robotic arm or gantry system delivers the aggregate on to the slab, building the walls up with each layer.

Depending on the machine used, the aggregate can include locally sourced raw materials, including soil, a proprietary mix, or off-the-shelf concrete or mortar mixes.

Advocates say that the technique is more environmentally friendly, using lower-impact materials, and there is less transport and waste.

Professor Hank Haeusler of UNSW tells The Urban Developer that the soil in Australia is suitable for 3D printing.

“We can use local clay, local spinifex grasses, local sand. So suddenly the material costs, bringing tonnes of concrete or timber or steel to a site, will be replaced by the one-off cost of transporting the machine there.” 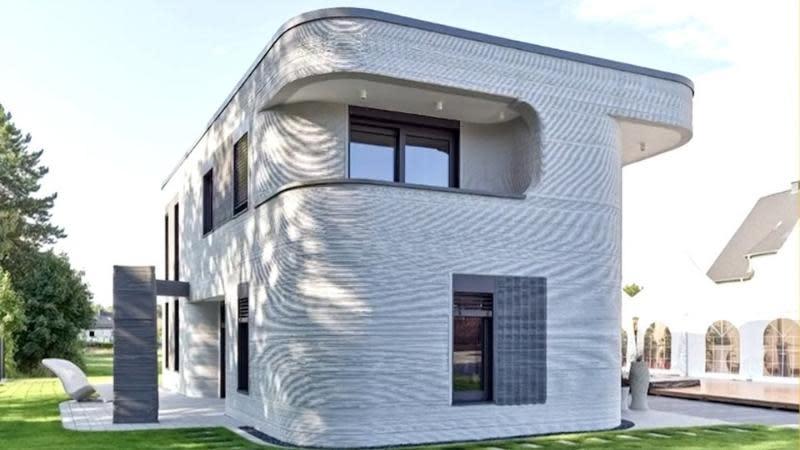 ▲ Local materials, including native grasses, can be used in 3D-printed construction. This structure was created in Germany by builders PERI GmbH and designer MENSE-KORTE ingenieure+architekten.

“The estimates council received are broad, and we’ve had anything from a 30 per cent to as much as a 50 per cent cost saving,” Wright says.

“I think if it was anywhere near even 30 per cent, that would be a very substantial saving. And the timeframe, from the slab going down to the roof going up, could be as little as a week.”

Companies The Urban Developer spoke to were hesitant to reveal price estimates of machinery and services, with contracts negotiated individually while the industry is still finding a foothold.

Business models vary, with some companies offering full-spectrum turnkey services, including architectural design, planning approval support, and materials as well as the machinery. Others will provide the machine with training and support, allowing builders to operate it themselves.

‘The perfect storm’ for 3D printing

Technological development and market conditions have aligned for the surge in 3D-printing activity, industry advocates say.

Contour 3D founder Nick Holden tells The Urban Developer that “3D printing is in the perfect storm at the moment”.

“The material shortages, the lack of skilled trades ... every time you read the news, there’s the housing crisis. 3D printing could potentially go towards alleviating some of that. So there’s pressure to accelerate things,” Holden, who is also a director, says.

“There seems to be no shortage of customers at the moment, or people wanting to do it.” 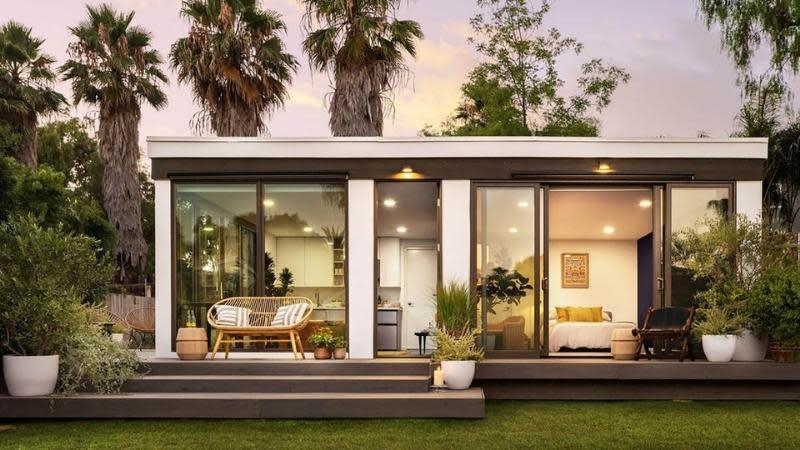 ▲ Perfect storm: A render of a proposed 3D-printed home.

Demonstrating that the technology meets compliance will still provide some impediment to mass adoption.

This month, the Dubbo council tabled an internally commissioned report exploring the regulatory framework around 3D-printed construction under the Building Code of Australia and local NSW legislation.

“As a consequence of the absence of [Deemed-to-Satisfy] provisions that address a number of aspects of 3D-printed construction, such areas would have to be addressed and verified in the application by way of Performance Solution(s),” the report says.

Although standards are under development internationally, Australia has no explicit regulation in this area and each machine, material and project will need to be assessed on a case-by-case basis.

Fortex technical director Jake Hartman tells The Urban Developer that he will be using demonstration projects to prove the compliance of his product.

“I think there’s enough scope within the building regulations and the building code of Australia to find an alternative pathway to compliance.

“But I think it’s only a matter of time before we see that influence the creation of a new standard in Australia, or the adaptation of one or several standards to align with the international standard,” Hartman says.

Disruption from outside industry

According to advocates, the construction industry needs to learn lessons from manufacturing, robotics and logistics to overcome materials and labour challenges, and the inefficiencies that lead to tight margins.

Prof Haeusler says, “If you look into the productivity curves for manufacturing against construction, manufacturing just skyrockets ahead. It’s so much more efficient.

“Construction is really an analogue profession. If you pass by a construction site, you see a builder laying bricks by hand, producing a lot of waste … With 3D printing, you can bring the factory to the site.”

Luyten chief executive Ahmed Mahil says that his is a robotics company, with emphasis on automating the construction industry.

“When it comes to the construction industry, we still do things as we’ve done them for hundreds of years. It’s a very fragmented supply chain.

“Construction should have the same quality controls as manufacturing. We’re doing precision construction to 100-micron accuracy, more accurate than a heart surgeon.”

Councils and rural housing builders might be best placed for early adoption of 3D printing.

Dr Salvin Gounder, a planning consultant who is advising Ilpeye Ilpeye Aboriginal Corporation, says, “The more remote you get, the more acute material and labour shortages are. Having technologies that can assist is very, very exciting.

“Alice Springs, for us, is probably the ideal place to start. The topography is relatively flat, it’s got very stable climatic conditions. We’ve done initial assessments and we’re hitting 7-star ratings without even putting insulation in.

“And you can use this as a tool for training locally, not just in 3D printing, but in different aspects of the build.

“In comparison to a conventional build, this is cheaper, more robust and more conducive for cultural and environmental conditions.”