QIC has moved a step closer to delivering 105,000sq m of new office space at the Paris end of Collins Street, topping out the south tower of its $1.4 billion Collins Street precinct.

The precinct comprises the new 35-storey South Tower which will provide premium office space across circa 43,000 square metres, as well as major refurbishments to the north tower, an existing 52-storey A-grade office building, and construction of a 255- room boutique hotel to be managed by Singaporean brand Next.

A 5,000 square metre retail precinct over a ground and podium level will link the hotel to the north and south towers and connect three surrounding streets through a series of laneways.

The mixed-use precinct in Melbourne's CBD is currently being delivered by Queensland funds giant QIC and builder Multiplex.

Committed tenants of the South Tower include Macquarie, McKinsey and DLA Piper. Macquarie has taken 6,000sq m of the 43,000sq m tower for its Melbourne headquarters. 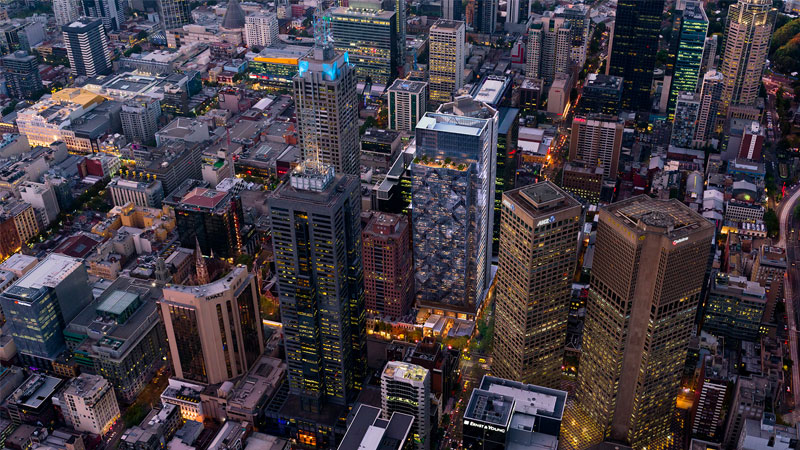 Approximately 6,000 tonnes of structural steel and 50,000 cubic metres of concrete have been used to date.

The new South Tower has a 6-star Green Star design rating and is targeting a 5 star NABERS Energy rating.

“80 Collins is also one of the most complex builds we are currently delivering in Melbourne, with the new South Tower constructed to cantilever 12 metres over existing buildings on Collins Street – the first time the engineering feat has been achieved to this scale,” Multiplex regional managing director Graham Cottam said.

“This premiere mixed-use development heralds a new chapter in the story of its prestigious location, and we’re delighted to see 80 Collins reach its highest point.”

Led by Darren Steinberg, Dexus, backed by a range of capital partners, pushed past rivals Charter Hall and Mirvac to purchase the mixed-use development.

After the new precinct is completed next year, Dexus will own about 17 per cent of the strongly performing Melbourne office market, rising from its current 9 per cent.

The Melbourne office market is projected to continue its record growth with BIS Oxford Economics forecasting a 30 to 40 per cent increase in prime rents over the next five years.

The biggest office landlords and developers will welcome the forecast as over 250,000 square metres of new office space enters the market.

Another major project, Cbus Property's Collins Arch, is due for completion this year and will include about 49,000sq m of office accommodation with Charter Hall also planning a huge 80,000sq m office tower at 555 Collins Street with an end value of about $1.5 billion.