A tired collection of buildings on one of Sydney’s major shopping and party strips—Oxford Street—is set to undergo a major facelift after developer Toga Group and Sydney fund manager AsheMorgan were given the green light for a $200-million upgrade.

AsheMorgan, which in 2019 bought three low-rise heritage leasehold properties at 56-76, 82-106 and 110-122 Oxford Street in Darlinghurst, between Oxford Square and Taylor Square, alongside Toga Group, will now deliver 9200sq m of commercial floor space and a new retail laneway on Foley Street by late 2023.

Another 1600sq m of cultural and creative spaces will be developed to lure start-ups to the area.

The mixed-use precinct, on the eastern edge of the CBD at the intersection of Kings Cross, Hyde Park, Paddington and Surry Hills, will be known as Oxford and Foley.

The heritage development, being overseen by architecture firm FJMT, will mark the first major refurbishment of these commercial spaces in more than 25 years.

Toga Group managing director Allan Vidor said the planned development would pay homage to the historic buildings along Oxford Street while enhancing the precinct for the community, attracting cultural, creative, tech and start-up companies, plus visitors, and tourists.

“The proposed redevelopment has already created a lot of qualified interest from well-regarded local and international commercial, cultural and retail tenants alike, and this approval will now allow us to progress the rejuvenation of the Oxford Street precinct with confidence,” Vidor said. 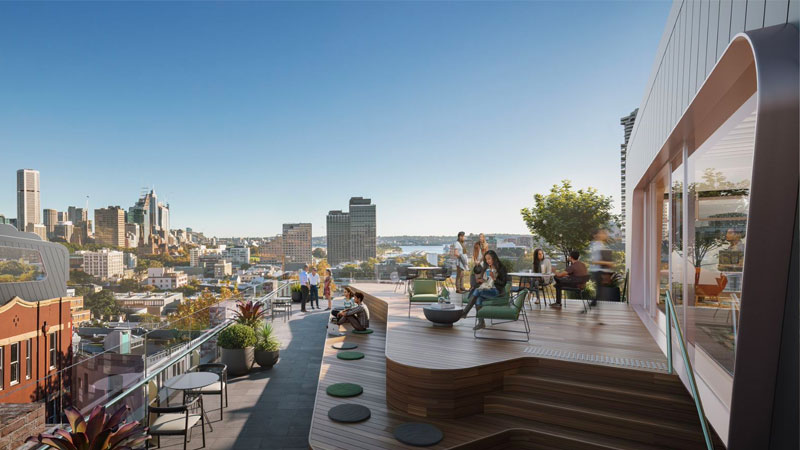 ▲ Once complete, Oxford and Foley will rise from the city's eastern edge with views of the harbour and CBD. Image: FJMT

The heritage facades fronting Oxford Street would remain, but there would be extensive internal modifications to create large office floor plates and one new storey and a mezzanine level added to each building.

Toga said the office spaces would be “heritage inspired”, with open, flexible floorplates, break-out areas and a focus on natural light.

Vidor said the joint-venture partners had worked closely with the City of Sydney and the site’s neighbours to enhance the vibrancy of the broader area, including the activation of a laneway at Foley Street.

There will also be 2300sq m of bespoke retail, typified by the character of the heritage storefronts.

Toga and AsheMorgan have now enlisted Knight Frank and Karbon Property to manage the commercial components of the development and IB Property and Precinct Retail to oversee the retail leasing.

Knight Frank director of leasing Ryan Grace said Darlinghurst was arguably one of Australia’s most diverse and evolving Sydney suburbs. 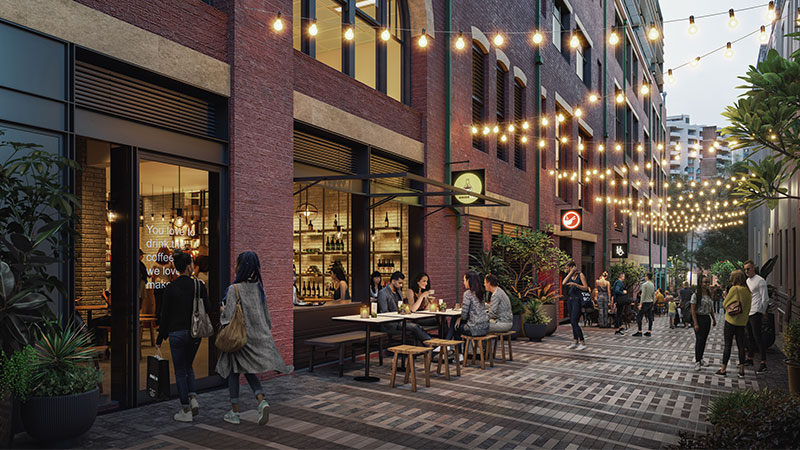 ▲ The existing three retail properties account for more than 40 per cent of the street frontage between Oxford Square and Taylor Square. Image: FJMT

“There is a growing technology and creative hub in and around Darlinghurst and Surry Hills, which adds to an increasing buzz and critical mass of employment opportunity in the district,” Grace said.

“With occupancy rates at a 15-year low in the area, we are already fielding strong interest in the limited spaces available across the three buildings.”

The Sydney fringe office market has continued to attract attention of businesses in search of cheaper rents and more flexible working conditions post-pandemic.

While most occupied Sydney fringe office market space is less than 1000sq m, a variety of non-traditional industries, such as the technology sector, are considering alternatives to mainstream CBD space.

“These areas are popular due to the lease character or quirky space combined with the rental differential to the CBD; the proximity to transport and the buzz around the central tech precinct,” Fisher said.

“The fringe market is also a magnet for technology users and has an eclectic mix of occupiers including tech, IT, government, banking, creative, education, marketing, media and fashion.”