Property development and investment group Tipalea Partners has lodged plans for a $40-million neighbourhood retail centre along the fast growing and undersupplied northern stretch of Tasmania.

Tipalea Partners, which has been developing neighbourhood shopping centres for over two decades, has long held a focus for defensive, non-discretionary and convenience-based retail.

Tipalea Partners chief executive Scott Spanton said the developer would now deliver the first-full line supermarket for the suburbs of Stony Rise and Miandetta—which have a catchment area of over 18,000 people.

The greater Devonport area of 40,000 should be serviced by at least four full line supermarkets, but currently only has only two options, both in the CBD.

“The surrounding community is on such a high-growth trajectory and retail like this is essential infrastructure that supports and enables this growth,” Spanton said.

“This [project] is about securing the continued growth of Devonport by providing the local communities with convenience, choice and competition.” 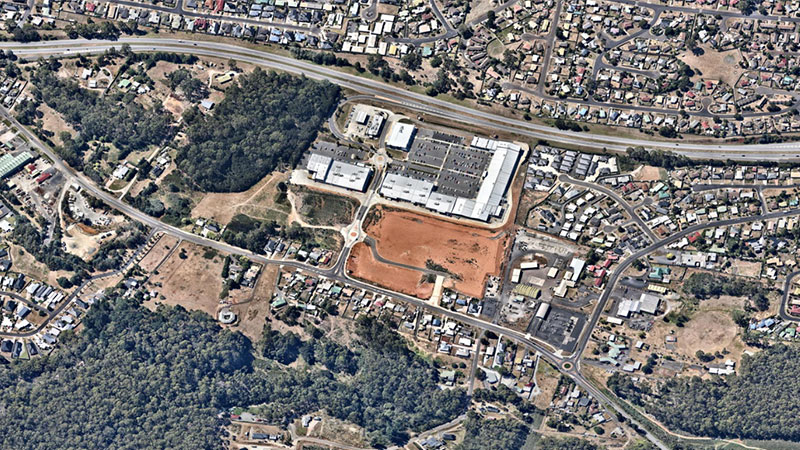 ▲ The project will be the developer’s fourth in Tasmania.

To be known as Stony Rise Village, Tipalea Partner’s proposed new neighbourhood retail centre is set to create around 200 jobs during construction and over 500 ongoing jobs once the centre opens.

The developer will construct the supermarket for either Coles or Woolworths alongside a wide range convenience retail and a range of food outlets.

Construction is anticipated to start in 2023 after necessary approvals are secured, with completion earmarked in 2024.

The developer has a strong history delivering neighbourhood retail centres in locations such as Mackay in Queensland, Pimpama on the Gold Coast, Muswellbrook in the NSW Hunter Valley and Launceston in Tasmania.

Over the last two years, neighbourhood centres, underpinned by supermarkets and a manageable number of specialty stores, are being perceived by investors as far less riskier assets.

Investors and developers have been quick to catch on with transactions deals for the small malls sector hitting a record of $2.7 billion through 2021.

Neighbourhood and sub-regional assets are now expected to experience further yield tightening, driven by investor demand and the security experienced over the last two years while other retail assets hold relatively steady on average.

That project is set to deliver 5900sq m convenience retail and consists of a Coles supermarket, McDonald’s and 18 specialty shops in an air-conditioned mall with 260 car spaces in an expansive, completely on-grade car park.

Glebe Hill Village, which is due for completion this year, will become Hobart’s most technologically advanced retail centre.