But University of Technology Sydney director of entrepreneurship Murray Hurps is unsure whether enough thought is being given to the unifying elements of the development.

The ambitious NSW government project is made up of six neighbourhood hubs, spanning the suburbs of Haymarket, Surry Hills, Ultimo, Redfern, Chippendale and Everleigh.

It will include about 250,000sq m of space for tech start-ups, who will be able to access rent subsidies from the state government, creating 25,000 innovation jobs.

As well, Dexus has inked a transformative deal with Atlassian to fund, develop and invest in Atlassian’s new headquarters in the precinct. The development is next to Central Place Sydney.

As tenants begin to move into the buildings, how the growing number of developers, investors, real estate agents and tenants will find a way to work harmoniously together to ensure the project is unified remains, according to some, unclear.

Tech Central will not have a single ownership and there is currently no ground-plane solution connecting and unifying the project. Somes are also questioning if there are enough start-ups in the post-pandemic landscape to fill the spaces.

For example, the office space above Union Station in Sydney will have 2000 people working in different start-ups.

“Australia’s economy is built on technology adoption and adaption from all parts of the world, enabled by our multicultural population,” he said.

“An eclectic set of buildings taking inspiration from around the world but adapting them to the local environment could almost be a perfect physical representation of this history and future for Tech Central.

“I hope the buildings are each able to project and maintain a distinctiveness of purpose and of tenants that can rapidly be understood and engaged with by the public, so that distinctiveness can increase over time.” 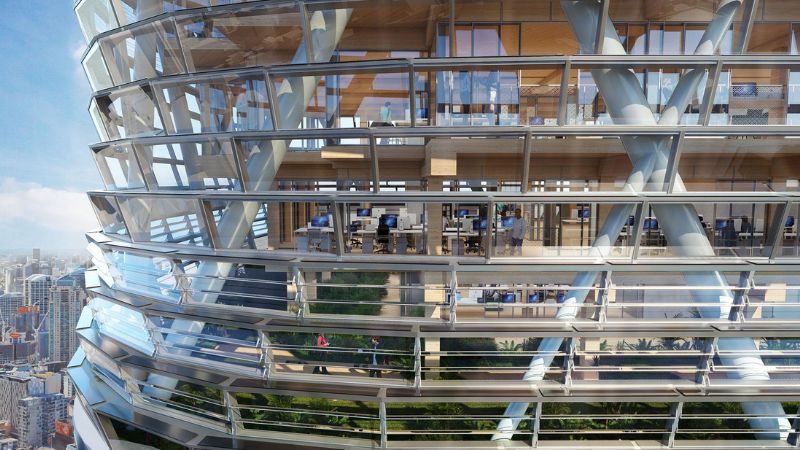 ▲ Tech Central has the potential to be a focal point for an economic transition for Sydney and Australia.

Developers who wanted to solve infrastructure issues in the technology sector post-pandemic needed to be certain that they understood how the spaces would be utilised and by whom, Hurps said.

Tech Central had the potential to be a focal point for an economic transition for Sydney and Australia, enabling a vibrant ecosystem of rapidly growing technology-enabled companies, all creating high-paying new jobs, new exports and productivity uplift for Australia, he said.

“The pandemic has had a terrible impact on Australian start-ups as well as the incubators, accelerators and early-stage venture capital that supports them.

“Hard infrastructure is great but outside that we have a lot of work to do to rebuild the start-up ecosystem we had just three years ago and much more work to do to achieve the ambitions and potential of this precinct.”

Chief executive Bradley Delamare said that a diversification of property offerings was crucial.

“Not all businesses want A-grade corporate offices, so how will the property be diversified to attract a variety of businesses?” he said.