Sydney-based developer Hanave has lodged a development application in central Sydney for a 114-room hotel to be built around a heritage-listed factory.

The proposed development will include two new infill buildings at 7‐9 Randle Street and 15 Randle Street with floor levels to match the seven-storey heritage factory as well as a two storey rooftop addition. The new adjoining buildings will retain the factory's masonry facade.

According to documents lodged with City of Sydney, the project has an estimated cost of $40 million.

It follows developer Hanave running a design competition in March which saw four local architecture firms submit concepts for the adaptive reuse of the existing building and its neighbouring blocks—to create a single building—at an estimated cost of $50 million or less. 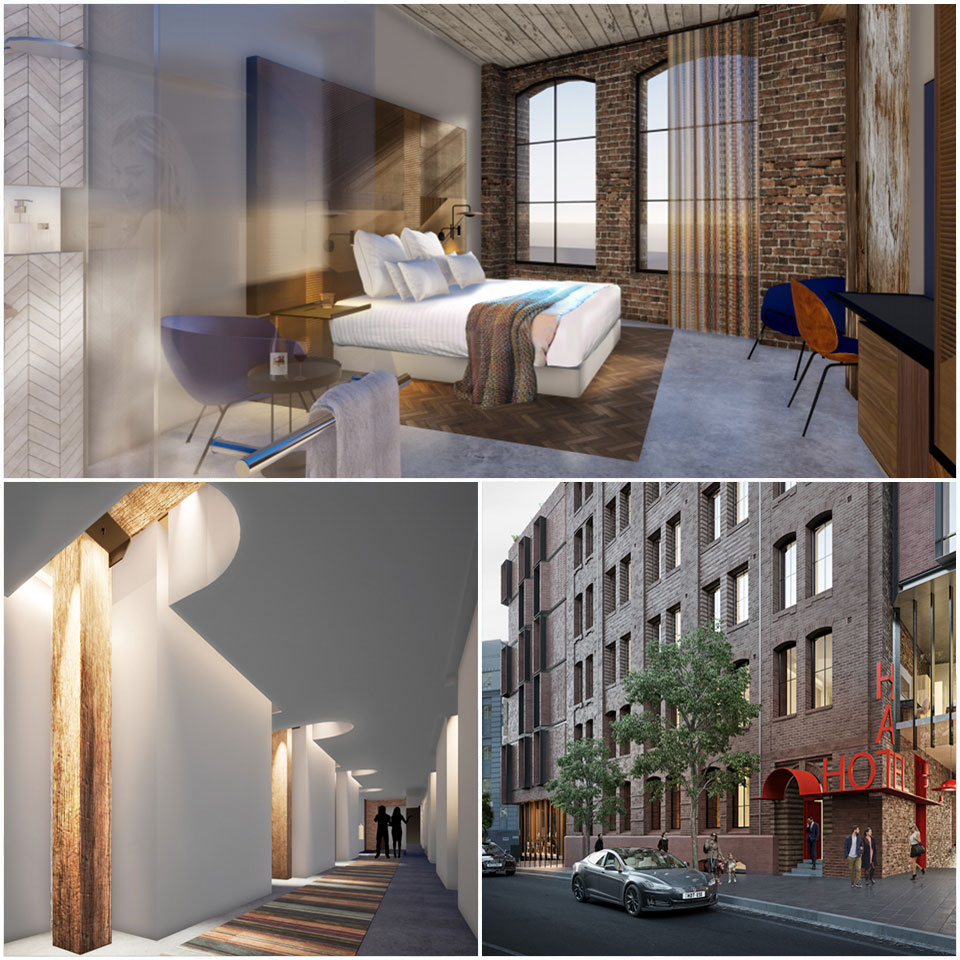 ▲ The building, erected in 1912, served as the main facility for ladies hat manufacturers RC Henderson will now be transformed into a 114-room hotel. Image: Tonkin Zulaikha Greer

The hotel will also feature a new through-site link connecting Randle Lane to Randle Street providing a link between “city activity and commerce” with the new Randle Street Hotel at its centre.

While cities such as Perth, Brisbane, Canberra, Adelaide and Melbourne have already witnessed a significant rejuvenation of their hotel stock, the Sydney hotel sector is currently at the start of its most dramatic expansionary phase since the 2000 Olympics.

Across the last year, Sydney has seen a growth in the average daily rate of a hotel room to a point where it provided the highest revenue per room margin in the country at $231.

This result continued a strong half-decade for the NSW capital, that has seen the revenue per available room figures jump by around 6 per cent a year.

Surry Hills, fast becoming a precinct emerging boutique hotels, including a Wyndham Suites Hotel, the Veriu Central Hotel, a Travelodge Hotel, a Vibe Hotel and the transformed Paramount House Hotel, has seen an uptick in development applications and activity over 2019.

The stylish and culinary-focused inner-city suburb recently attracted US lifestyle hotel brand Ace Hotel, which opted for Surry Hills for its first venture in Sydney.

Just last month, Ace Hotel secured a deal with Jeff Xu's Golden Age Group for its $350 million, 264-room, hotel at 49-53 Wentworth Avenue—close to Chinatown and Central—due for launch in 2021.

Across the tracks in the neighbouring suburb of Chippendale plans have been recently approved for a 119-room $100 million boutique hotel.