Builders grappling with the materials cost escalation crisis are struggling to digest the margin compression—and developers and banking institutions are nervous.

But an old piece of contract law predating the adoption of the ubiquitous design and construct contract could make a comeback to help share risk more evenly.

Gadens partner Jim Demack says he had to dust off the old law tomes to find evidence of the rise and fall clause because he hasn’t seen one in about 25 years.

The construction disputes lawyer says the clause could derisk projects through risk-sharing between the financier, developer and builder.

The rise and fall clause provides some flexibility and padding on prices, which allows for a margin of cost fluctuations.

But it’s not the silver bullet solution for the reeling construction sector following the demise of major construction firms including Probuild and ConDev.

Demack says the banks have “certain parameters” that govern the backability of a project.

“When we review a contract for a lender the first thing they want to know is whether it’s a fixed price contract. If there’s no fixed lump sum price there then that’s where it becomes an issue,” Demack says.

“We need to make sure that financiers come on board, because if they don’t then there’s people bearing risks that might not be able to afford it.

“And unless we can come up with, as an industry, ways in which to keep them on board with us, we might find that there is an issue for the forward pipeline of work.” 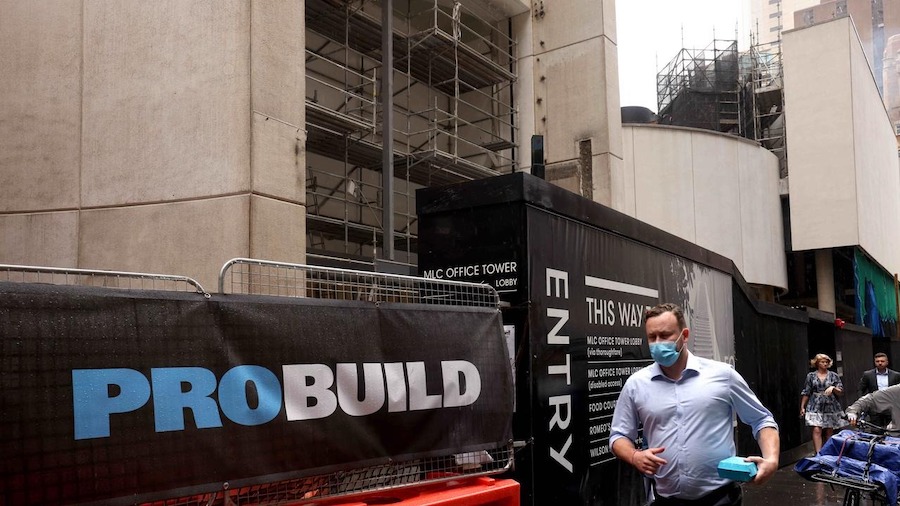 ▲ Probuild's collapse has affected the risk appetite of developers and banks.

Mosaic managing director Brook Monahan believes the stress in the building industry is “really acute at the moment” and more insolvencies are likely over the next 12 months.

“Builders are still trying to digest margin compression and increase in overheads so definitely an interesting 12 months ahead,” Monahan says.

“There’s so much uncertainty around delivery of projects. We’re in close conversation with all the major banks as well as Suncorp and BOQ—in my view, and there’s difference and nuances between them, the outlook has for the most part softened in resi commercial construction, there’s no doubt.

“They’re a little bit nervous about how this plays out, and we can’t see financiers at all wanting to take on any risk-sharing arrangements.”

Monahan says builders take on too greater risk than what is priced into contracts but he doesn’t believe that the sands are likely to shift unless non-bank lenders enter the fray.

“While they’re good conversations to have, we can’t see it shifting unless the non-banks sector takes up a greater share of the business that the banks are not willing to do.

“And we just don’t know how deep that is. Non-banks took up a fair bit of the market share at the end of the apartment boom when banks started to change their risk appetite. Will they do the same this time around? That will be proven in time.

Demack is also forecasting non-bank lenders will enter the market with a bigger appetite for risk and reward.

“If the banks don’t step into this space then others might, but the cost will be greater and that risk will then sit with the developer and that different type of financier, rather than with the banks who have other markets to play in,” he says.

“A few years ago many of the banks pulled out of South Brisbane. So coming up with a means by which things can still progress and bringing the financiers along will be a challenge, but it will be something that is necessary. Because if you are one of the big four banks there is no guarantee that you want to stay in this part of the industry.” 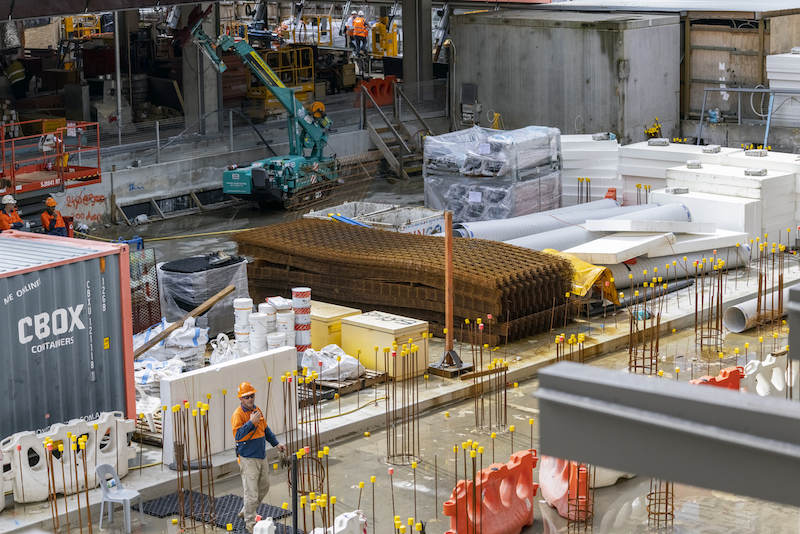 ▲ Supply chain issues and cost escalations have had an “enormous” impact on builders.

Buxton family-backed Corsair Investment Management executive chairman Michael Fowler says he has seen an increase in the number of Tier 1 and 2 builders looking to adopt rise and fall clauses in construction contracts in the Melbourne, Sydney, and Brisbane development markets.

The Corsair and MaxCap co-founder says supply chain issues and cost escalations have had an “enormous” impact on builders and the big banks are taking a conservative view on the sector.

“We expect to see some developments slowing down and it is likely some projects will be shelved.” Fowler says.

“I think big developers that have strong balance sheets can make decisions around timing, whereas smaller developers often do not have that luxury, they need to get their projects out of the ground.

“If you’re a developer, facing higher construction costs then you may need to source funding away from traditional banks, through a non-bank lender which can often be more expensive (due to higher risk profile), hence projects can become less profitable.”

Fowler says non-bank lending is gathering pace in market and could plug the hole in financing risk-sharing contracts if the big banks withdraw from this space on the back of higher construction costs.

“Generally speaking any financier wants certainty, and in a perfect world a fully sold project, with a builder locked in on a fixed price contract. But very rarely do we have a perfect world,” he says.

“In my experience non-bank lenders can move quickly. We tend to think outside the square when it comes to financing solutions. What we are seeing is that major banks are currently being more conservative generally due to increased construction costs and the resultant uncertainty.

“Major builders in the current market are seeking to cover increased construction costs and uncertainty right now with rise and fall clauses in their construction contracts.

“The results of these clauses mean developers and their respective financiers struggle to be able to act with certainty.

“We expect these set of circumstances will lead to a slow down of development in Australia and non-banking activity will likely continue to expand market share.

“This increased likely non-bank lending and smarter structuring should result in non-bank investors benefiting in higher returns as this construction cost market uncertainty plays out in the short term.”