There’s a huge number of new masterplanned communities in various states of development across NSW, with areas to the north-west and south-west of Sydney experiencing the greatest activity.

Civil works and construction are under way across a large number of new estates, while in other areas, land parcels are being released to the market in stages.

Even in the midst of a new home development boom, there are questions about whether the pipeline is robust enough to deliver the 42,000 new homes that need to be built each year in Sydney for the next 40 years to meet population growth.

“We’ve been saying for quite a while that the NSW government must release land for housing faster and more efficiently, because the lack of housing supply is driving up prices and exacerbating housing affordability issues,” Property Council NSW executive director Luke Achterstraat said.

The state government’s land and property development arm Landcom is one of the largest developers and its focus is in Sydney's south-west, west and north-west. 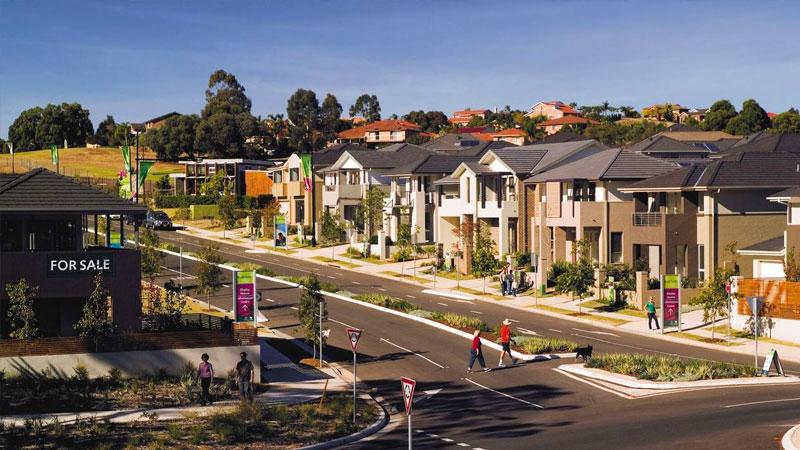 Its various projects include a pipeline of 5600 dwellings at North Wilton and 10,000 dwellings along the Sydney Northwest Metro corridor.

In addition, Landcom recently opened up five development sites at Edmondson Park with the potential for more than 650 dwellings.

Macarthur Gardens North will deliver between 700 and 950 apartments and 56 terraces to the market in coming years.

On top of this, Landcom and the NSW Land and Housing Corporation are working together to transform the existing Airds public housing estate into a 2100 dwelling, masterplanned, socially-mixed community with 70 per cent of dwellings privately owned and 30 per cent set aside for public housing.

During the next 25 years, 10 per cent of the land being developed at North Wilton will be turned into affordable housing.

Menangle Park has more than 4000 blocks of land close to major towns, including Campbelltown, Liverpool and Macarthur, that are in development.

At Box Hill on the other side of the north-west corridor, developments such as Paramount Estate and the Hills of Carmel are being built.

Down south, the 433ha Wilton Greens estate has 3600 parcels of land being prepared for residential construction, with this major development being spearheaded by real estate developer Risland Australia. ▲ Risland, formerly the Hong-Kong-based Country Garden Australia, is one of the first developers to head to the Wilton area, about 80km from Sydney.

“This will be one of Sydney’s fastest-growing communities,” project home builder Worthington Homes’ managing director and owner Liam Worthington said.

“You can't attract a new population without jobs, which means you need to have industry and also good places to live,” O’Regan said.

An example is a new Costco being built on a site former mining company Pasminco occupied in the Lake Macquarie region. O’Regan says Costco is an appropriate anchor tenant for a masterplan development for the new Lake Macquarie City Centre.

“The land surrounding could be developed into a mixed-use precinct,” she said.

Government urged to step up infrastructure

Demand for traditional detached housing produced in greenfield locations has increased during the pandemic because people want more space. The cost and timing of supporting infrastructure is a huge challenge with development of greenfield land.

“Our view is more co-ordination is required between the state government, local governments and infrastructure agencies to address this,” Achterstraat said.

He says one frustration is the expectation developers will pay for a growing proportion of infrastructure costs associated with new developments.

This drives up the cost of housing, pricing people out of the market, incentivising them to relocate to more affordable locations.

This has significant negative economic consequences for Sydney and NSW.”

A positive, however, is the recent introduction of the rapid assessment framework, which has introduced a series of changes to the state significant development (SSD) assessment mechanism.

SSDs are typically applied to large projects like Barangaroo, which are assessed at a state rather than council level for development purposes.

They include industry-specific Secretary’s Environmental Assessment Requirements (SEARs). Previously, these were generated for each project, a time-consuming process. 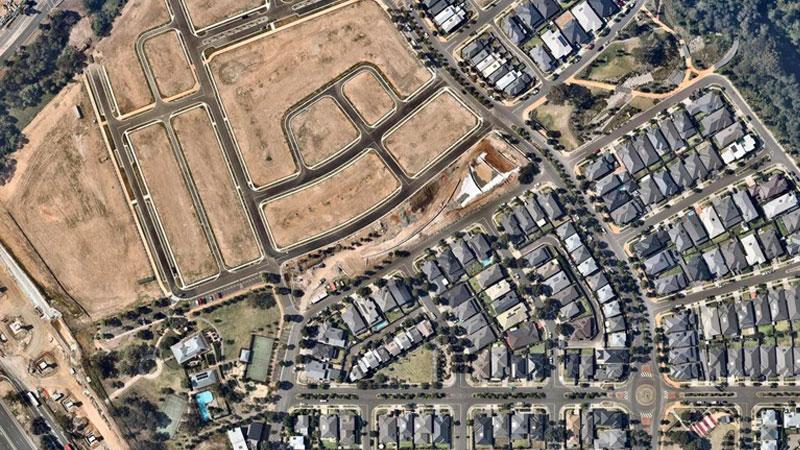 We also need to make sure there is a sufficient supply of certificated professionals to meet industry demand so developers are not delayed by a lack of qualified professionals to prepare their state significant development applications.

“To have a more efficient and streamlined approach would mean a better outcome for all stakeholders, particularly as we come out of the economic impact of Covid-19,” Worthington said.

“I particularly support the industry-specific decisions. For instance, there's a fast-tracking mechanism in the rapid assessment framework to get data centres built and delivered sooner,” she says.

Overall, the property sector is calling on the NSW government to spearhead a housing-led, post-pandemic recovery.

This will charge the economy and support housing demand over the coming years.

While there’s a substantial amount of work taking place to seed the housing development pipeline, the question is whether this will be enough to meet demand for housing and address the worsening housing affordability in Sydney and across the state. Only time will tell.