The 2323sq m site is between the Art Deco Newburn and Brookwood flats, and was cleared in 2010.

The site was part of the Slade family’s property portfolio. The family made its name in knitwear over the past 40-plus years.

It is one of the few development sites on the main road and holds a planning permit for a 15-storey, 142-unit residential tower.

Another Mirvac project, The Melburnian, is nearby on the same road.

Mirvac plans to develop a boutique residential building to take advantage of the location—close to the Albert Park Lake and Golf Course, Fawkner Park, Melbourne’s Theatre and Art Precincts and St Kilda—as well as its views of Port Philip Bay.

“Since 1994, Mirvac has made a significant contribution towards Melbourne’s urban landscape, delivering a number of high-quality residential projects on the city fringe and throughout the suburban middle ring,” Penklis said.

“Our purchase of this site also comes at a time when we are seeing increased demand from owner-occupiers and right-sizers for city-fringe apartments, with the high-quality amenity and associated lifestyle providing an attractive value proposition.

“Forecast supply constraints in the east coast apartment market are also expected to support demand in the near-to-medium term.” 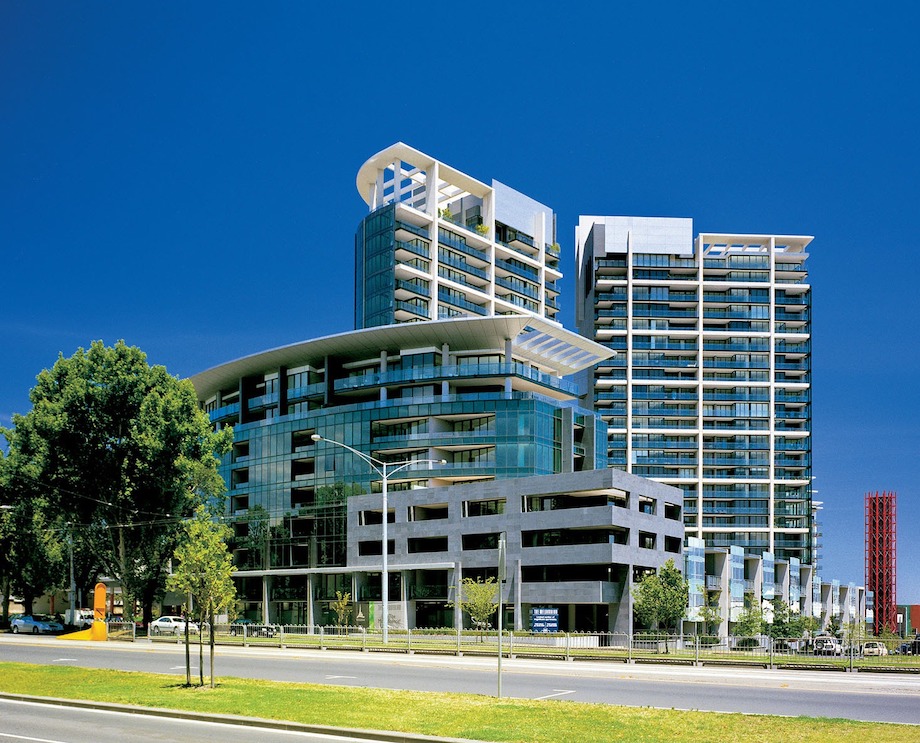 ▲ Mirvac’s The Melburnian is on the same street as its latest South Melbourne acquisition.

Mirvac’s plans for the tower reduce the permit-approved 142 units to 110 apartments and include a pool, gym and residents’ lounge.

The tower would be fully electric and designed to a 7-star average Nathers rating.

Construction is expected to start in mid-2023 with settlements scheduled for the 2026 financial year.

Vinci Carbone agents Joseph Carbone, Frank Vinci and Gross Waddell, and ICR’s Michael Gross and Danny Clark managed the sale via an expressions of interest campaign held in March this year. At the time, a price in the mid to high $20-million range was predicted. The price paid has not been disclosed.

Samuel Property bought a nearby three-storey block of 1950s apartments on 8 Louise street for $21 million.

The project list also includes the Olivine community in Donnybrook, the Folia and the Forme Apartments in Doncaster, the Woodlea community in Rockbank North, theFabric community in Altona North and the Wantirna South community project.