For the third time, South Yarra has taken top spot as Melbourne's most liveable suburb.

The 2019 study, undertaken for the fourth time since 2005, marks the third time South Yarra has taken the top spot—only missing out to East Melbourne once.

South Yarra ranked in walkability, access to the tram and train and cafe culture and also scored well for its access to employment, secondary education and retail.

Of the top ten suburbs in this study, Footscray had the lowest median house price.

Despite rapid growth putting pressure on Melbourne — particularly road and public transport networks — the city's population growth actually had a positive impact on the liveability of a place according to co-author Tract Consultants senior principal Adam Terrill.

“Along with people generally comes new services and facilities, such as shops, cafes, open space, and public transport.

“There is a definite correlation between density and liveability, in that a more dense suburb tends to have greater liveability.”

Tract also highlighted that though more expensive suburbs near the CBD tended to rank highest, some outer suburbs such as Frankston (104) and Belgrave (91) had an overall good standard of liveability, despite their lower rankings. 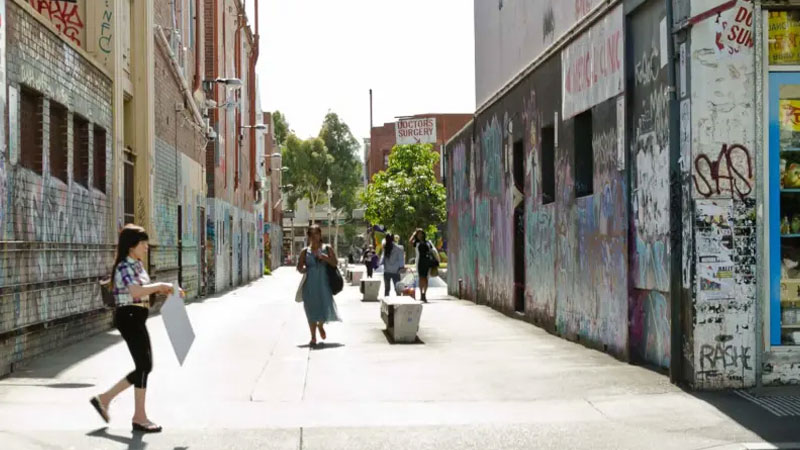 ▲ Footscray has leapt into Melbourne's 10 most liveable suburbs.

Melbourne is set to become the biggest city in Australia. Its population is forecast to overtake Sydney’s by 2026 if it continues to grow at the current rate of more than 100,000 people per year.

The city itself has topped the Economist Intelligence Unit’s global liveability index for the past seven years, until it was overtaken by Vienna.

For those looking to buy into Melbourne's high-profile suburbs, affordability the best it has been since the end of 2013, looks set to turn, with the city recording a 2.3 per cent increase in housing values over the month of October—its strongest rate since 2009.

The increase has been partly due to the cash rate being cut by 75 basis points and as well as loosening of prudential settings providing support for housing activity.

The latest ABS figures has also seen construction beginning to pick up across Melbourne with apartment approvals lifting by 7 per cent.