City planners are looking to Melbourne’s west for urban regeneration opportunities and increased private development as interstate and international migrants begin to flood back into the city.

Under the municipal planning strategy, a 20-year blueprint released by the City of Melbourne, planners have laid out the blueprint to build a bigger, denser and greener inner Melbourne with new suburbs planned to the west and to the north of the Hoddle Grid.

Melbourne lord mayor Nicholas Reece said the strategy, which had been informed by the draft City Spatial Plan, laid out a vision for the city that would combine all council plans and policies into one cohesive document.

​​It shares place-based strategies for growth across the municipality—covering everywhere from East Melbourne, Docklands and Southbank to the new Arden and Macaulay precincts, Fishermen’s Bend and West Melbourne.

“If Melbourne wants to retain its place as Australia’s most livable city and chart a new post-Covid course then we need to have a clear blueprint,” Reece said.

“Not since the 1990’s have we planned so extensively for the future of Melbourne.

“It’s rare for the City of Melbourne or any government to release such a big and bold document that covers so much ground but in a city like Melbourne there is always better, and history tells us this was achieved through good planning.” 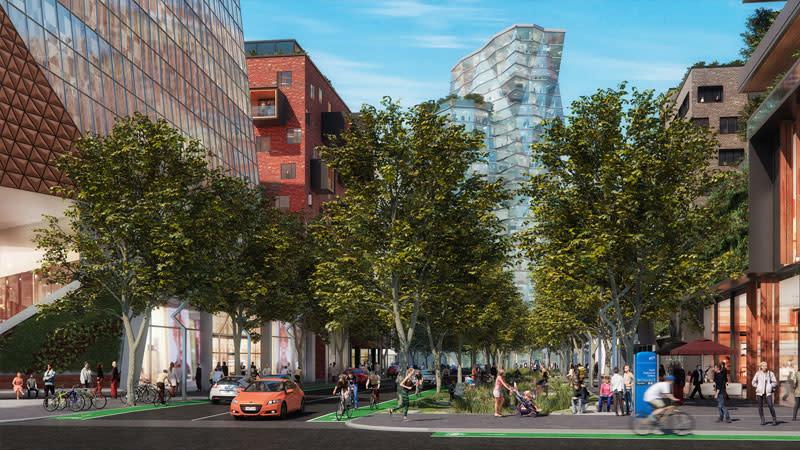 ▲ The Arden Vision was launched in mid-2018 by the state government in partnership with the City of Melbourne.

Reece said the plans were for a new vision for the transformation of Melbourne’s western suburbs into a mixed-use suburbs while respecting the area’s industrial heritage.

“The biggest urban renewal projects in Australia are going to reshape the inner city to the west and north-west,” Reece said.

“West Melbourne will be the next Fitzroy or Collingwood, as it is purposefully developed as a mixed-use suburb that builds on its industrial heritage, with a new tram line and high street shopping strip along Spencer Street.”

Reece said population growth will be catered for in new suburb expansion that would be supported by new infrastructure, such as key new tram routes connecting Spencer Street and West Melbourne, and the city to Fishermans Bend.

The 480ha inner city peninsular of Fishermans Bend, which will be linked to the city and the western suburbs by Melbourne Metro two, is also expected to be redeveloped to house 80,000 residents and provide office space for 80,000 workers.

The former industrial precinct on the southern edge of Melbourne's Docklands is already home to landowners including Goodman Group, Dexus and GPT Group.

Meanwhile, the suburb of Arden, which will be home to one of the five new metro stations across the inner city from 2025, will also be developed for 15,000 residents and 34,000 jobs, while the neighbouring Macaulay will have 10,000 residents and 9500 workers. 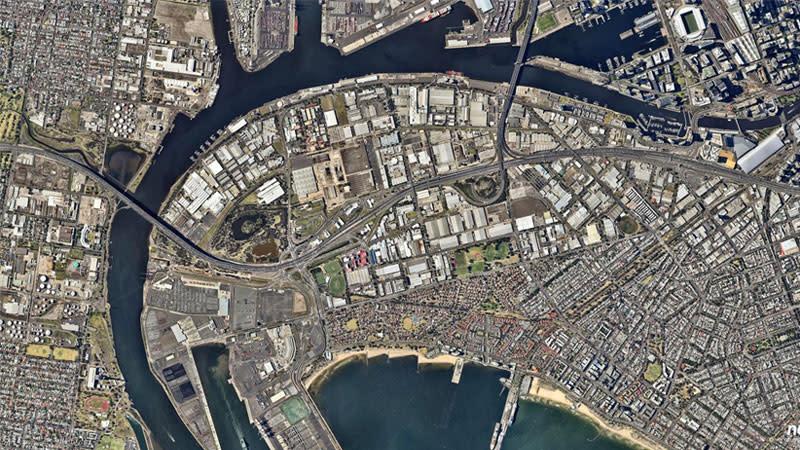 ▲ The City of Melbourne plans to accelerate development at Fishermans Bend, a 480ha precinct on Melbourne's edge. Image: Nearmap

The council’s vision is also for a greener and more sustainable city with zero net emissions by 2030 and zero net waste by 2040.

The densely populated suburbs of Southbank and Docklands are also earmarked for major new parks and public space while Melbourne’s inner-city waterways will be rejuvenated.

Reece said the lower reaches of the Moonee Ponds Creek will be replanted to create a green corridor from the Yarra River to Royal Park, while the Maribyrnong River will be revitalised.

“We want a sustainable city with zero emissions by 2030 and zero waste by 2040—with a rewired and electrified city running on renewable power, and waste management and the circular economy taken to the next level,” Reece said.

“Planning controls and design guides will ensure new buildings achieve design excellence and maintain a distinctive Melbourne character, while sustainable buildings and green infrastructure will be a hallmark of our city.”

“Council has undertaken extensive work and community consultation to develop the best strategies and policies for our city—from the affordable housing and transport strategies, to our declaration of a climate and biodiversity emergency and many more,” Leppert said.

“Now we want to hear from everyone who works, lives, studies or does business in Melbourne what they think.”

The strategy will be considered by councillors at Tuesday’s Future Melbourne Committee meeting before being released for public exhibition and consultation later this year.

The council will then request authorisation from the planning minister to amend the Melbourne Planning Scheme to include the strategy.