From racetracks to hotels and hospitals—you name it, it’s on the table as part of the Melbourne Airport’s precinct expansion plans.

The Victorian government recently greenlit the airport’s 2022 masterplan, which includes plans for a third runway in a north-south direction and safeguarding a fourth runway to complete the ‘hashtag configuration’.

“Our ultimate vision for the next 20 years is to strengthen our position as Victoria’s principal 24/7 international and domestic air-transport gateway,” Melbourne Airport head of masterplanning Laura Brannigan says.

A $170-million, 464-key hotel across 10 stories, is being built at Melbourne Airport, which will be completed in 2024, and the Victorian government has plans for a new hospital.

Racing Victoria bought the 396ha North West Land—as it is known—at Oaklands Junction for $25.3 million in October this year. The North West Land is three times the size of Flemington Racecourse and is less than a 10-minute drive from Tullamarine Airport and 30 minutes from the Melbourne CBD.

The future use of the North West Land is yet to be determined with extensive industry consultation to beunder taken in the next 12 months. It is within five minutes of the Living Legends and the Inglis Sales Complex, which are also on Oaklands Road.

“The third runway is critical infrastructure to cope with future demand, as we estimate annual passenger numbers to grow to more than 76 million by 2042,” Branningan says. 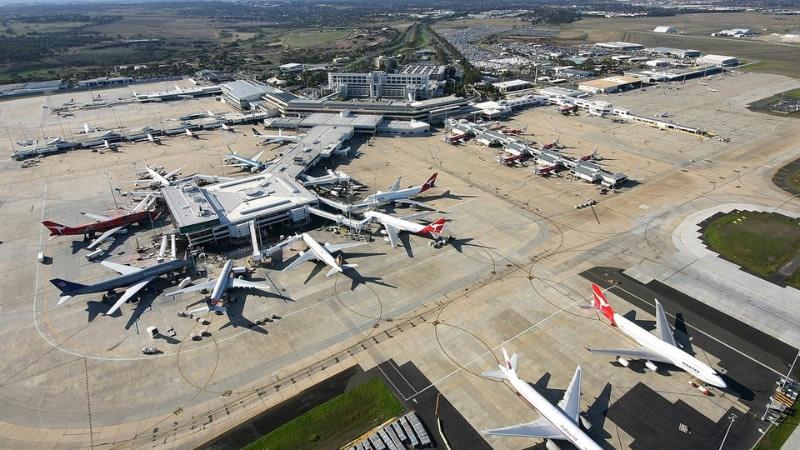 ▲ Melbourne airport: The third runway has been labelled as critical to the city.

“The third runway will deliver significant economic benefits to the state by enabling more interstate and overseas travellers to visit Victoria, while securing our position as one of the largest cargo hubs in Australia.”

If the third runway is approved, it’s estimated its construction and operation will create 37,000 jobs throughout Victoria and contribute an additional $4.6 billion a year to gross state product by 2046.

While the 2022 Masterplan has been approved by the Federal Minister for Infrastructure, Transport, Regional Development and Local Government, the third runway Major Development Plan has not yet been approved. It will be submitted to the federal government early in 2023.

“It needs to be reimagined to keep up with the population we have now, how they travel and the economics of the city.

“Really, an airport is a major drawcard for a city so when planning to expand you need to take into account the accessibility of it from residents wanting to get to the airport and travellers wanting to get in, which is why a direct rail link will only be a boon.”

Salt says many people now take Instagram photos at airports to highlight to friends and family that they are travelling, meaning it is now an activity destination highlight.

He also points out that most roads leading into an airport start becoming congested as early as 6 o’clock in the morning. “Melbourne, like most big cities, now has crawling traffic to and from the airport, meaning alternative forms of transport, such as rail, are required,” Salt says.

The former Commonwealth government in January 2022 approved an elevated loop network for Melbourne Airport that will take an estimated 40,000 cars off Terminal Drive each day

The two-stage project will reduce traffic congestion and provide a more reliable journey o the airport by creating a separate elevated network for public traffic and commercial transport operators.

The project is expected to cost around $350 million for both stages and create about 500 construction jobs.

“When it comes to developing Melbourne Airport and the surrounding lands you need to look at where the population is currently, where it will be in the future, and how will they be able to commute to work,” Salt says.

“With our demographic shift, employers at Melbourne Airport will need to ascertain as to whether there is enough Millennials in the area who will want to work there.

“We are currently experiencing skill shortages in a number of areas and that may continue.”

The expansion of Melbourne Airport coupled with Melbourne’s airport rail link project, which would result in Victoria’s first direct train line to Melbourne Airport at an estimated cost of $13 billion, would provide a boon for the state in many forms of economic activity.

“SRL Airport is a transformational project that will connect Victorians to the city, the suburbs and the world for the first time,” Ben Ryan, project director, Melbourne Airport Rail at Rail Projects Victoria, says.

“The rail line will run on dedicated tracks from a new premium station at Melbourne Airport to a new train station in Keilor East, then through to Sunshine Station and into the Metro Tunnel.

“Services will run every 10 minutes, with a trip from Melbourne Airport into the CBD taking around 30 minutes.”

A thriving airport with increased landings and departures will only whet the appetite for potential visitors. Increasing the number of shops, activities and options at the airport and nearby will broaden the income of the Victorian economy.

“Melbourne Airport makes a significant contribution to the Victorian economy as a key driver of tourism and trade-based industries that support jobs and generate growth,” Brannigan says.

“It is estimated that a typical daily international flight contributes more than $109 million to the Victorian economy and supports more than 1000 jobs per annum.

“Before the pandemic, there were 20,600 full-time equivalent jobs supported on the precinct, and that workforce is rebuilding as the Covid-19 recovery continues.” The Melbourne Airport rail link will support up to 8000 jobs during construction—from engineers and planners to construction workers and local suppliers.

“It will set targets for priority jobseekers such as Indigenous employment, prioritise local materials and service providers, and promote the use of recycled materials. Sunshine Station will become a transport superhub for transfers between airport, metropolitan and regional services,” Ryan says.

“Once opened, the rail line will be able to carry 6600 passengers to the airport every hour, providing a significantly increased capacity and time savings for passengers.”