All roads were leading to a recovery ahead of market expectations for Sydney’s CBD office sector with a significant uplift in leasing activity and the withdrawal of sublease space.

That is, until the city was hit by its latest Covid-19 outbreak and extended lockdown.

According to the latest JLL national office market research, the impact on Sydney’s CBD office leasing activity and its rebound rate will be determined by the length of the lockdown.

Overall, however, the signs are good for 2022 and beyond for Australia’s CBD office markets with the new figures showing positive net absorption of 16,00sq m.

“Rome wasn’t built in a day and this positive quarterly net absorption print is an important step towards a more sustained market recovery,” JLL’s head of research Andrew Ballantyne said.

“However, the Sydney lockdown has the potential to delay occupier decision-making in the short-term.”

“Flash economic indicators and employment data are well ahead of market expectations and point towards a strong rebound in the Australian economy,” Ballantyne said.

“Leasing activity improved over the second quarter and we saw some organisations withdraw sublease space.” 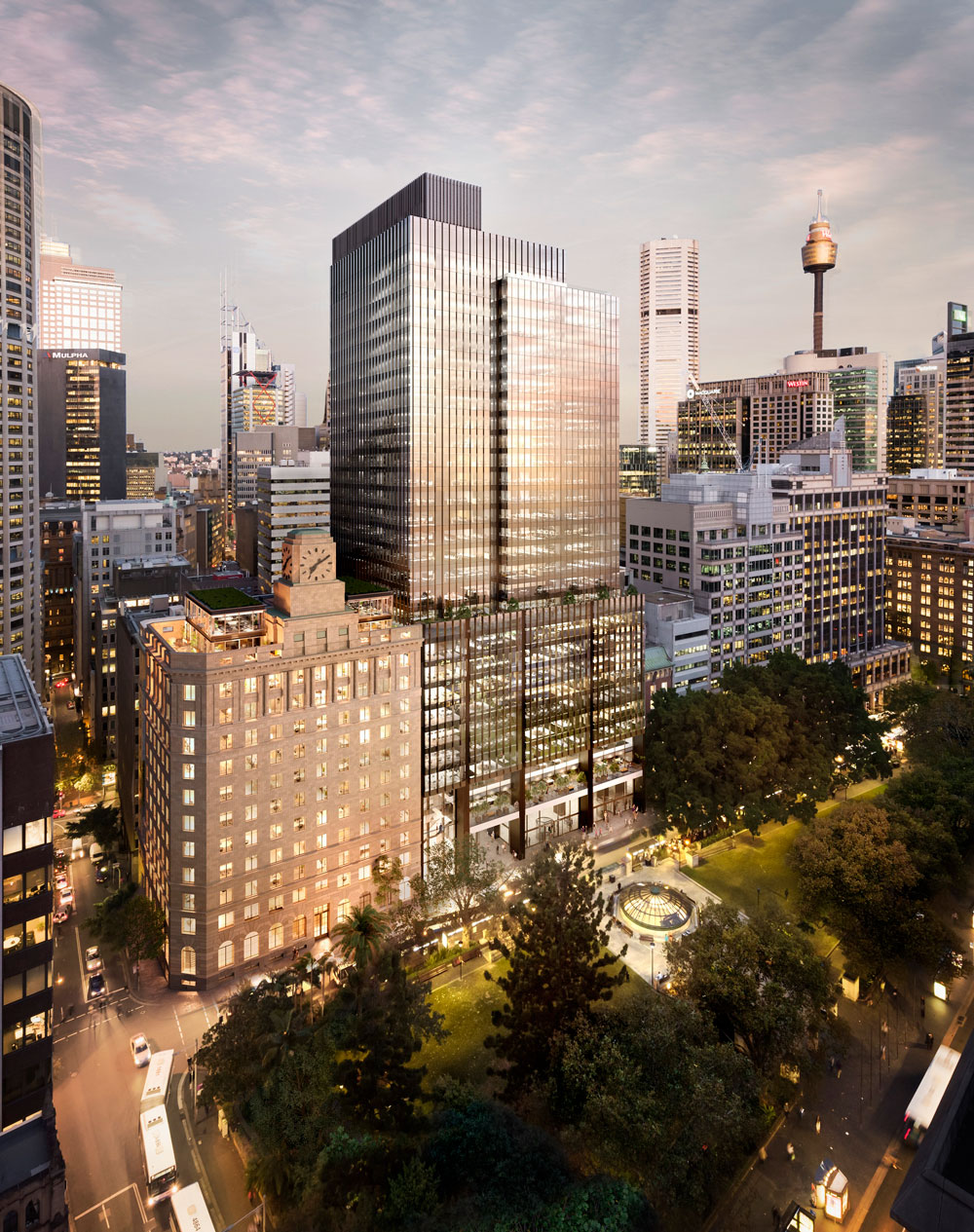 ▲ The completion of the 60,000sq m Brookfield Place pushed vacancy rates above 13pc in Sydney’s CBD.

JLL’s head of leasing Tim O’Connor said in Sydney’s CBD the completion of Brookfield Place and associated backfill space had pushed vacancy higher to 13.2 per cent over the quarter.

But he said prior to the lockdown the market had “started to see a significant uplift in leasing activity from organisations in the 1000sq m to 7000sq m size cohort”.

“Another positive sign we saw in the Sydney CBD was the withdrawal of sublease space.

“While the hybrid-working model will be adopted by a number of organisations, the pre-lockdown return to worker figures some companies recorded were ahead of expectations resulting in the withdrawal (wholly or partially) of sublease space,” O’Connor said.

“The length of the Sydney lockdown will determine the impact on office leasing activity. However, the momentum we saw in labour markets and leasing inquiry over the second quarter showed that organisations are planning for expansion in 2022 and beyond.”

The Perth CBD recorded the strongest quarterly net absorption result (+8500sq m) across CBD office markets over the quarter and JLL’s figures indicate its vacancy rate has tightened by 0.5 percentage points to 19.7 per cent.

“The sharp increase in commodity prices has improved mining sector revenue and profitability,” O’Connor said. “An increase in leasing inquiry from the broader resource sector would be an additional ingredient in the demand-side of the equation in the Perth CBD.”

With the second highest positive net absorption (+6600sq m) the Melbourne CBD recorded a minor reduction in vacancy to 14.1 per cent over the second quarter of 2021.

“The positive result in the Melbourne CBD was not at the expense of the metropolitan office markets,” O’Connor said. “The Melbourne Fringe (+11,700sq m) and Melbourne southeast suburbs (+7,900 sqm) both recorded positive net absorption over the same period.”

“The most recent Federal Budget confirmed that most agencies will increase headcount over the 2021-22 financial year,” Ballantyne said. “Headcount expansion is flowing through to new inquiry with a number of expansionary public sector requirements finalised over the quarter.”

Adelaide CBD’s positive net absorption (+1800sq m) had no impact on its headline vacancy rate, which was unchanged at 16.9 per cent over the quarter.

“The Brisbane CBD has one of the highest workplace re-entry rates across major office markets,” O’Connor said. “As a result, sublease availability has been less pronounced than the level recorded in Melbourne and Sydney.”

JLL’s figures show the Brisbane near city market continued to recover with net absorption of 9400sq m and a reduction in vacancy to 17.2 per cent over the quarter.