Australia needs at least twice as much industrial floor space as it is building if it is to keep up with growing demand, a summit on the sector has been told.

CBRE’s head of industrial and logistics in the Pacific warned there was a chronic undersupply in the industrial rental market and that it was likely to continue for at least three years.

Sass J-Baleh told The Urban Developer’s Industrial and Logistics Property vSummit that Australia’s population growth would mean a rapid rise in demand for industrial floor space during the next three years.

“Our recent forecasts by state show there will be an additional 1.3 million people who will generate industrial floor space demand of about 5.3 million square metres,” J-Baleh said.

“To put that into context, we are going to need 1.2 million square metres per year and that is 80 per cent of the 10-year annual average new supply.  That’s just from pure population growth, not including e-commerce and other drivers,” she told the vSummit.

J-Baleh said the supply of industrial development remained low, with a national average of about 1.5 million square metres. Historically, the biggest undersupply was in Sydney.

“If we look at this year’s pipeline it is quite strong—over 2.5 million square metres—but in saying that, just over 50 per cent of that is already pre-committed. The Sydney market pre-commitment rate is even higher, at 73 per cent at the moment.

“And with very low vacancies there is a lot of pent-up demand.”

Those industrial vacancy rates are among the lowest of any country in the world. CBRE’s research shows vacancies in the second half of last year were down to 1.3 per cent.

But new figures, to be released next month, will show vacancies in the country sitting at 0.8 per cent—another record low. Sydney vacancy rates are forecast to be just 0.3 per cent; officially, J-Baleh said, the lowest of any city in the World. 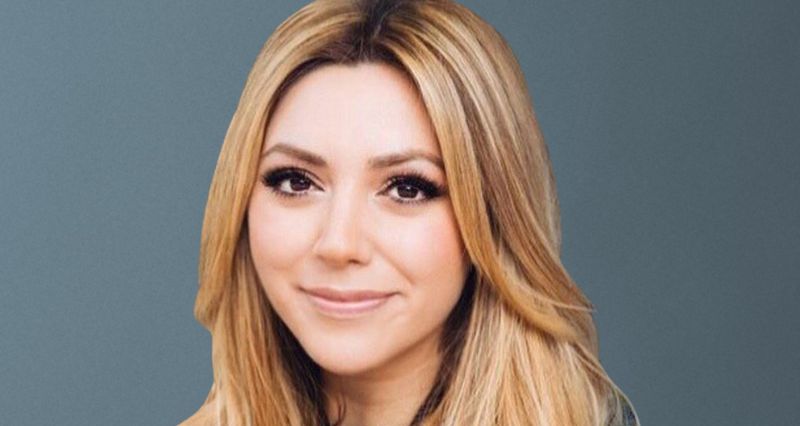 ▲ CBRE's J-Baleh says the solution is to release and zone more land for industrial use.

The vSummit was told that while Australia’s e-commerce retail industry was still in its infancy, the sector’s rapid growth would be one of the key drivers of demand for industrial floor space.

J-Baleh said that every billion dollars incremental increase in online sales required an extra 70,000sq m of warehouse space. That meant an additional 400,000sq m of industrial logistics space each year just to provide for the growth in e-commerce

Ten years ago, online sales in Australia were at $16 billion, which led to a demand for 310,000sq m of industrial and logistics space.

By 2019 online sales had doubled, needing 600,000sq m of floor space. By 2020, in the middle of the global pandemic, online sales jumped to $44 billion and a need for a million square metres.

Last year, online sales were at $53 billion, although space requirements slipped back to 800,000sq m, largely due to the lack of available space to rent.

“The vacancy rate and e-commerce penetration rate are key pillars for rental growth and that is what we have seen in other major markets across the globe, particularly the US, the UK and Canada,” Baleh said.

Food will be another key driver of the industrial and logistics space, particularly food for export and online sales.

“These regions have rapidly expanding middle-class populations and their demand for food will increasingly be met by international trade. The food export market in Australia is certainly a growing one. 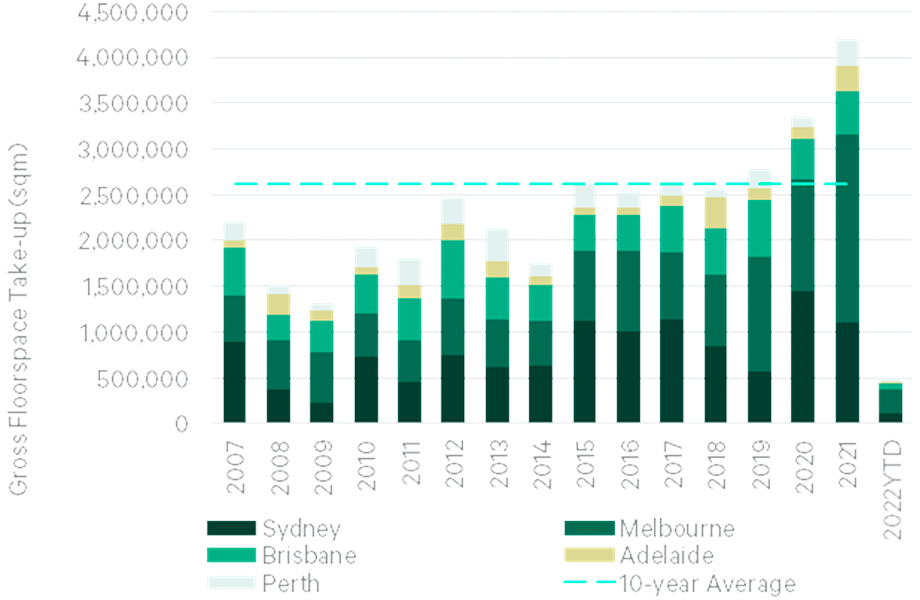 Outside the vSummit, J-Baleh called on governments to release land for industrial and logistics and provide services such as road infrastructure, water and power.

“Logistics use has really become an essential service for the economy in the past couple of years and yet historically we have had all the rezoning of industrial to mixed-use and that is now catching up with us,” she said.

“Particularly in those inner markets where you actually need industrial near where the population is most dense.

“That’s where, particularly when we look at our rental growth forecast, those markets are going to experience the biggest uplift in rent growth because there is actually no scope for development, because there is no land.

“The vacancy rate in those areas isn’t going to change.

“The issue and the solution are for government to intervene and release that land and service that land. It’s one thing to release and zone it but quite another to service it.”