In the normal scheme of things that's not what you would expect to hear from the head of a major construction firm—particularly one with a circa $3-billion annual turnover that has just taken on one of the country's most troubled construction projects.

But there has been nothing normal about the past couple of years.

“That’s what it needs—people to stop building for a while,” Scott Hutchinson, chairman of Hutchinson Builders, told The Urban Developer.

“I think the rise in interest rates will help that and bring down the demand for buildings and the increase in construction costs will make it less attractive to build as well.

“It’s not good times at the moment but it should get better if work comes off. Builders do better when there's less work coming into the industry."

The flight to balance sheets in Australia’s beleaguered construction sector has hit a level that not even Hutchinson had crystal-balled.

“We saw it coming but didn’t quite see it as being as dramatic as this,” Hutchinson said.

“But that’s what happens when builders go broke, everybody gets worried ... then within a few years they all forget about it—the banks, the clients.

“And they just go back to using under-capitalised builders, as they do.”

The 47-storey, $375-million residential development, plagued by technical issues and delays, ground to a halt in late February with the sudden collapse of construction giant Probuild.

Since then, Cbus Property's Brisbane tower site had been sitting dormant. 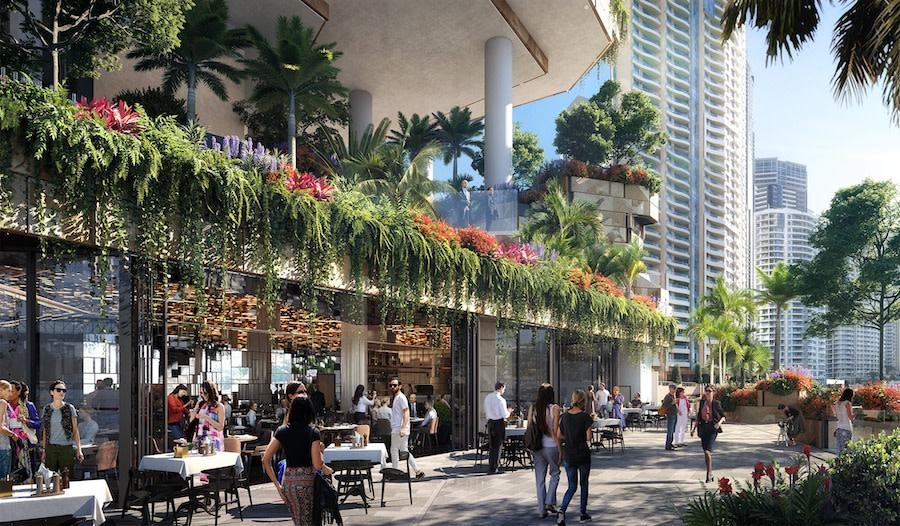 He said, together with Hutchies, subcontractor negotiations were currently being finalised and a revised construction program prepared.

“Once finalised, we will provide an update to purchasers with a more definitive completion timeline,” Pozzo said.

Hutchinson declined to comment on the details of the new construction contract but has previously admitted his firm was the original underbidder to the project.

He said although the risks were often higher in taking on partially completed projects, they can be managed.

“Every job is a risk,” Hutchinson said. “But with these situations, when a builder goes down, there’s more risk because there’s more unknowns.

“So you've got to try and discover what risks are in the project, mitigate them and then allocate them to whoever is best to handle them.

“And because it’s not your project from the start, the client tends to be very thankful they’ve got a well-capitalised builder and is usually willing to take on more of the unknown risks.”

Several major developments were left in limbo by the demise of Probuild, which was working through a well-advanced $5-billion pipeline of projects when put in the hands of liquidators.

A number of rescue deals have been brokered, resulting in a chunk of the workbook being taken over and projects restarted.

Sydney-based Roberts Co initially agreed to take on five of Probuild’s Victorian projects worth more than $1.6 billion, and now has also picked up Golden Age Group’s 130 Little Collins Street tower after the contract was repriced.