The project being constructed across a 600sq m site at 201-209 Ferrars Street is due for completion next month.

Hip v. Hype director Liam Wallis told The Urban Developer the project had now achieved carbon neutral status—meaning it has had a net neutral impact on the environment by compensating for the greenhouse gas emissions generated during construction.

“Carbon neutrality is complex and is one step towards reducing our built environment’s impact on climate change,” Wallis said.

“With the carbon credit market unregulated globally, achieving carbon neutrality in a way that avoids other environmental and social degradation requires research and commitment.”

This investment compensates for the 3700 tonnes of greenhouse gas emissions.

“We selected these projects for their contribution to climate-change reduction, together with their commitment to the United Nations' sustainable development goals,” Wallis said.

“Both projects contribute to reforestation and natural ecosystem regeneration, together with productive employment and skills creation for local communities.” 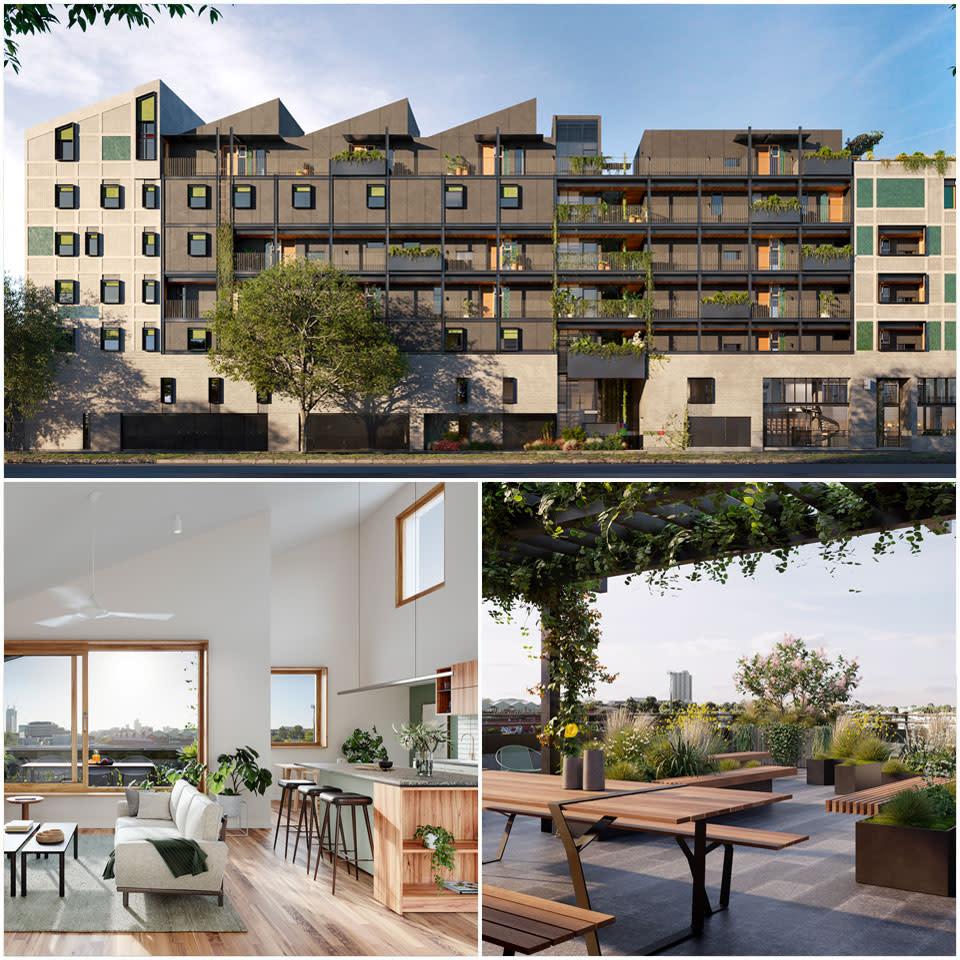 ▲ Renders of the South Melbourne development, which is due for completion soon. Image: Hip v. Hype

Hip v. Hype enlisted Six Degrees Architecture to design the project after the pair collaborated on Nightingale 2.0, a sustainability-led development next to Fairfield Railway Station in Melbourne’s north.

The assessment revealed an estimated embodied carbon footprint of 1380kg CO2 equivalent per square metre, equating to a total of 3700 tonnes of carbon dioxide or carbon dioxide equivalent generated during the building’s construction.

“Developers play a role in shaping the built fabric of our cities, creating spaces for people to live and work across generations,” Wallis said.

“We believe that this role demands a responsibility to act with integrity and to seek to create, not extract, value.”

The project generated good demand with almost two-thirds of the 22 apartments sold off the plan between two of Melbourne’s lockdowns last year, and just one still available.

It is being delivered by Melbourne-based builder Ironside and will hold an 8-star NaTHERS energy rating, providing residents with an average energy rating of 8.6 stars out of 10.

The apartments within the building will consume 40-50 per cent less energy than a minimum compliance 6-star apartment.

The building will be fossil-fuel free, powered by 100 per cent renewable energy, including 20kWh of shared solar panels on the roof, water-efficient fixtures and low-water landscaping. 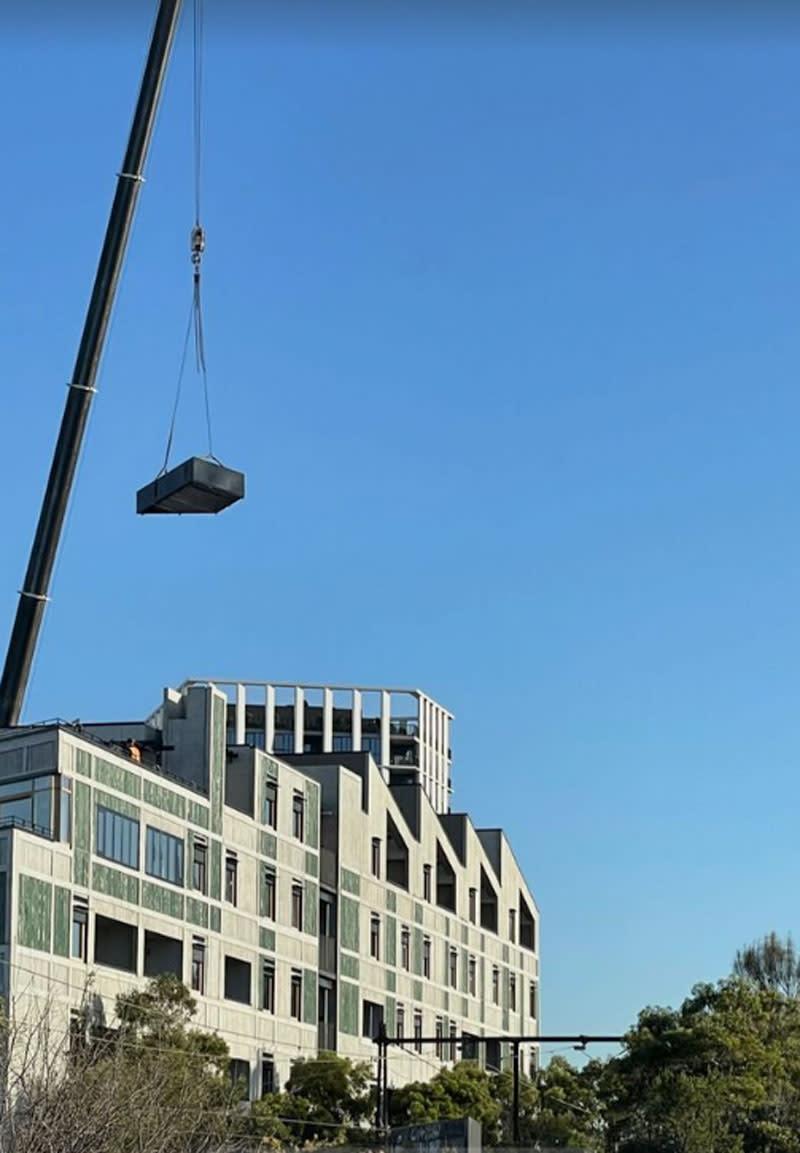 ▲ The development, which has been built through multiple lockdowns in Melbourne, is due for completion next month. Image: Hip v. Hype

Australia’s debate about reducing carbon emissions has accelerated in recent years as more property professionals push for the building industry to be net carbon zero as soon as possible.

The Australian Institute of Architects is now in the process of creating an standard framework for measuring operational and embodied carbon, which it wants incorporated into Australia’s building code within two years and to become mandatory by 2025.

It’s an ambitious push for sweeping change 20 years ahead of the 2050 net zero emission target to which the federal government has yet to commit.

Embodied carbon—emissions generated during the manufacture, construction, maintenance and demolition of buildings—made up 16 per cent of Australia’s built environment emissions in 2019 according to research released last year by the Green Building Council of Australia .

The council warned that without intervention this share will balloon to 85 per cent by 2050.

The standard has been established through collaboration between the federal government Department of Industry, Science, Energy and Resources, the GBCA and Nabers.

Eligibility and certification are determined on the basis of a number of operational factors including stabilisation, greenhouse gas emissions, waste from operations, refrigerant impacts and transport emissions.

Unlike Hype v. Hype’s project, Sentinel’s is carbon neutral in operation, not in embodied carbon.