The federal government’s new $1.2 billion support package will attempt to stabilise struggling hospitality businesses across Australia via an estimated 800,000 subsidised airfares to be made available across the Easter and winter school holidays.

Flights to and from 13 holiday hotspots will be subsidised by 50 per cent for three months from April in a bid to keep the tourism and struggling hotel sector sector afloat when JobKeeper winds up at the end of March.

Under the cut-price air ticket initiative, the government will pay half the fare on 33 routes on the basis of first in, best dressed, and applicable to any airline which flies the eligible route.

In a statement, prime minister Scott Morrison said the airfares would help Australians support airlines, hotels and caravan parks, restaurants and bars, travel agents and tourism operators doing it tough during the pandemic.

“This is our ticket to recovery and this package will take more tourists to our hotels and cafes, taking tours and exploring our backyard.

Prior to the closure of the international and state borders, the accommodation industry contributed $17 billion per year to the Australian economy. 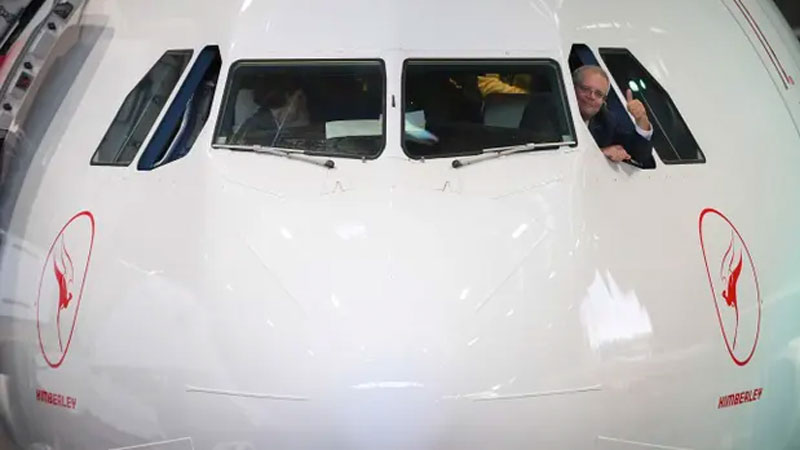 ▲ The federal government has spent more than $1 billion helping the airlines and tourism sector with special assistance over the last 12 months. Image: AAP

Qantas, Virgin and a handful of smaller regional carriers will be the main beneficiaries, with airlines which have operated on the routes for the past two year eligible.

The selected routes include the Gold Coast, Cairns, Proserpine and Hamilton Island in the Mackay region, and the Sunshine Coast in Queensland.

Lasseter and Alice Springs in the NT, the Tasmanian towns of Launceston, Devonport and Burnie, Broome in WA, Avalon near Melbourne, Merimbula in NSW and South Australia’s Kangaroo Island are also included.

The Accommodation Association chief executive Dean Long said the package failed to boost struggling CBDs such as Sydney and Melbourne, to provide immediate cash support and failed to set out a timetable to reopen to international visitors.

“For Sydney and Melbourne, where 80 per cent of the market is from international and corporate markets which are still not operating due to government restrictions, this package will result in a loss of jobs and slow our recovery once borders are open.

“Our hotels in these two major international gateways currently have a forward booking rate of less than 10 per cent for the next 90 days and desperately need immediate support,” Long said.

Related: What is the Outlook for Australia’s Hotel Sector? 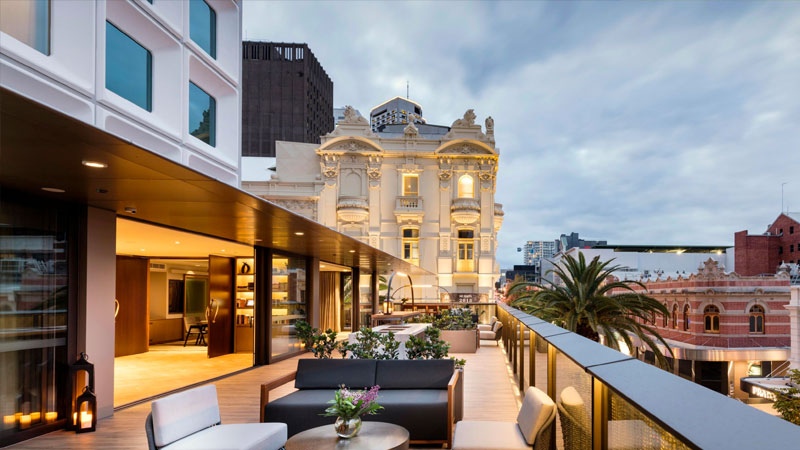 ▲ Also in the package, businesses receiving JobKeeper will be offered a 10-year loan of up to $5 million, with no repayments due for two years.

Mirroring the sentiment, the Australian Hotels Association and Tourism Accommodation Australia welcomed the package which heavily targeted regional locations, but called for a “fairer deal” for capitals city locations and diverse regional areas.

“Accommodation occupancy rates in both Sydney and Melbourne are below the 35 per cent mark—that means only 35 per cent of our workforce is employed with JobKeeper set to end,” Tourism Accommodation Australia chief executive Michael Johnson said.

“While some regional tourism areas are actually flourishing, occupancy rates in Sydney and Melbourne CBDs are languishing.

“That figure will not improve for some time yet given the lack of corporate travel, conference and events and international tourism.”

Victoria’s Acting Premier James Merlino said the tourism package was “not fair” to Victoria and they will be advocating to the federal Tourism Minister for changes.

“This is not a fair outcome at this stage and we will be wanting to see a better outcome than simply one location in Victoria.

“You only have to look at the numbers, five in Queensland, three in Tassie, two in the Northern Territory but just one in Victoria, Merlino said.

The federal government has also announced further financial measures to assist Qantas and Virgin, from April to October in order to keep a combined 8,600 aviation workers employed.

The airlines will have to report monthly to the government with an assurance that they have maintained “a set level of international flight readiness”.