Queensland developer Habitat has received approval for a $83 million multi-use development targeted at entrepreneurs, which will be part of the Maroochydore's new tech-centric city centre.

The proposal is for two residential towers comprising 152 units and six Small Office-Home Office (SOHO) townhouses to be built on a 4,158sq m parcel of land in the new $2.1 billion CBD.

Part of a massive 53-hectare swathe of land currently being transformed, the multi-use development will be part of a wider CBD vision with its extensive use of smart technology to create a cleaner, greener, more liveable and dynamic city centre. 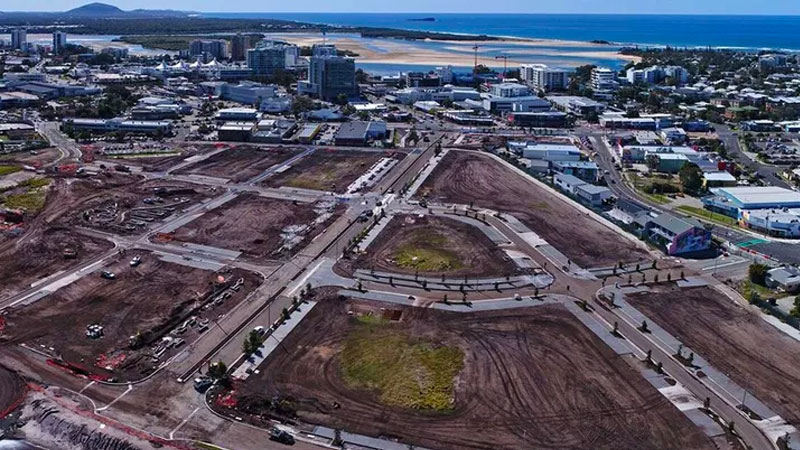 ▲ Set on about 50 hectares, the new CBD is expected to create 15,000 permanent jobs on the Sunshine Coast as well as inject billions of dollars into the economy over the next two decades.

Maryoochydore's 20 year plan not only involves construction plans to become a 21st century smart city but will also feature Australia’s fastest data connection to Asia from the East Coast.

The prospect of high-speed internet could be a major draw card for start-up and established technology entities, one that Habitat has identified with its project planning.

“The Sunshine Coast has been called the entrepreneurship capital of Australia because there are more than 35,000 small businesses across the region,” Habitat managing director Cleighton Clark said.

According to the Australian Bureau of Statistics, the Sunshine Coast out-performed Brisbane in the growth of new small businesses in 2018, increasing 2.5 per cent, more than double the growth in Brisbane.

“The SOHOs have clearly hit the mark for this sector, providing a perfect combination of work and home in one property,” Clark said.

“Even before we received approval for the project, we had numerous inquiries from potential buyers about the town homes.”

Each SOHO will have non-residential space downstairs, with street frontage, which can be used for an office, shop, food and drink outlet or other kinds of business use. 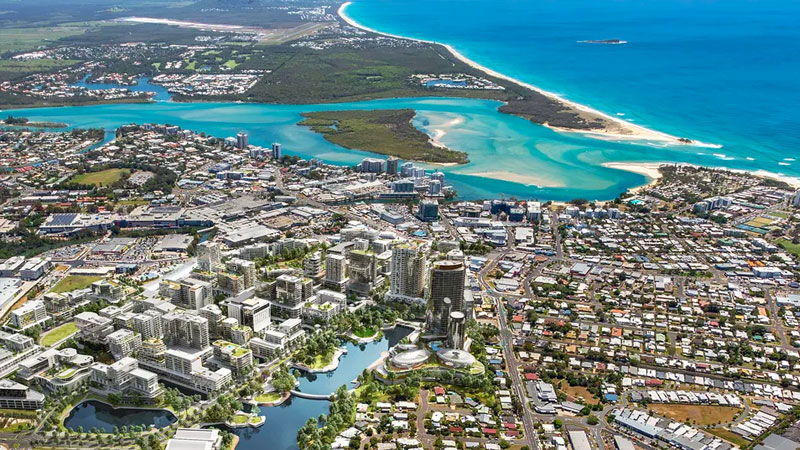 ▲ The city’s new under-sea broadband cable would give it the fastest internet connection to Asia of any city on the east coast, as well as supercharge the data connectivity to Sydney.

The 53-hectare site of the new Sunshine Coast's central business district, formerly Horton Park Golf Club, was purchased by the Sunshine Coast Council for $42 million in 2015.

SunCentral Maroochydore, established by the Sunshine Coast Regional Council, is the company overseeing the design and delivery of the new city centre.

“Habitat recognised early on the Maroochydore city centre will be a place that people will want to live and work,” Knaggs said.

“I expect demand from owner occupiers and investors to be strong, not just for the SOHOs but the residential apartments and the retail space at the base of the towers as well.”

Construction is expected to start on the project in February 2020, after it was signed off by the Economic Development Queensland.

The new CBD will also feature a 167 room hotel by developer Pro-Invest, 100 residential apartments, and 40,500sq m of retail.