The Woods-Bagot designed hotel, which opened in 2015, represents an architectural revival of the 1930s inter-war period.

It has been restored with its original features such as the grand eight-metre high scagliola columns and the lobby’s panelled skylight.

In November, Middle Eastern airline Qatar Airways positioned itself as the front runner for the hotel after it successfully purchased the Sheraton Melbourne for upwards of $135 million. The deal never eventuated. 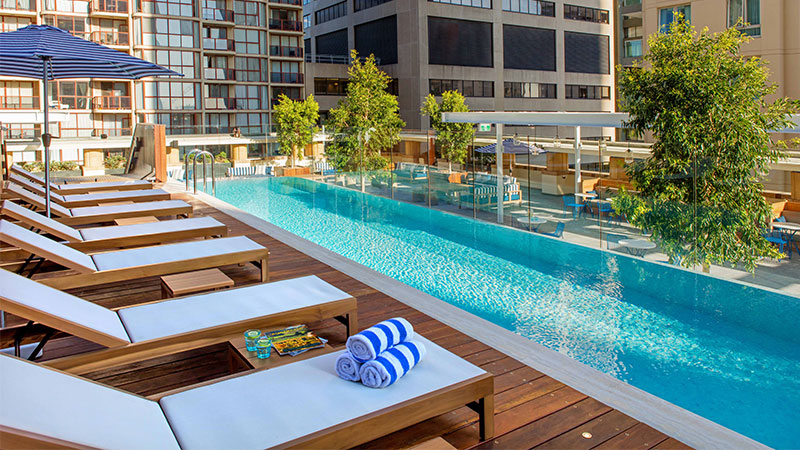 ▲ The hotel features a lobby bar, restaurant, rooftop bar and swimming pool as well as 480sq m of conference space and a gymnasium.

The hotel’s sale, which completes in August, was negotiated through JLL hotels managing director Mark Durran, who said the deal signals a return to form for Sydney’s hotel market.

“The strong interest fielded in this exceptional hotel asset reflects a huge vote of investor confidence in the Sydney hotel market’s long-term fundamentals, as well Australia’s enduring appeal as a visitor destination and status as an investment safe haven,” Durran said.

Pro-invest Group, led by UK hotel development veteran Ron Barrott will now be banking on a resurgent Australian hotel market which is still yet to recover from the crippling impacts of the pandemic.

Like other hotel operators, Pro-invest was hit hard by the pandemic with occupancy “falling off a cliff” from rates of 75-80 per cent recorded in January and February.

Barrott said the acquisition represents Pro-Invest’s first hotel in the Sydney CBD as well as its first property in the luxury sector.

The acquisition adds to five hotels which the group plans to open this year including new Holiday Inn Express hotels in Melbourne, Parramatta and Auckland; developed under a franchise agreement with IHG Hotels & Resorts.

In October, Pro-invest opened its seventh Holiday Inn Express, under a franchise agreement with InterContinental Hotels Group at Sydney Airport.

It followed a number of completions in Sydney’s Macquarie Park, Brisbane, Adelaide, Newcastle, Melbourne, and Queenstown in New Zealand, since 2014. 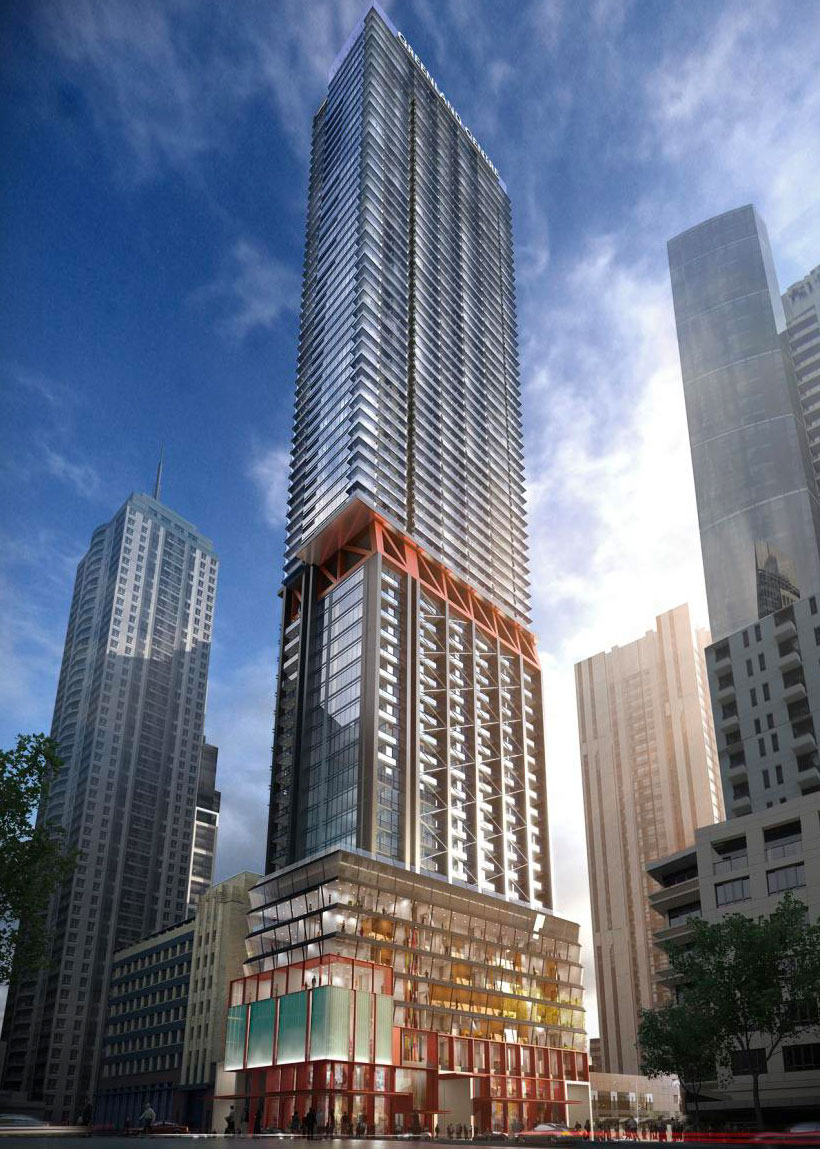 ▲ Greenland Australia is nearing completion of its adjoining Greenland Centre Sydney project, which is set to become the Sydney CBD’s tallest residential building.

The group will also take over the third-party management of the 194-room Mercure Brisbane and 212-room Ibis Brisbane, acquired last year by Iris Capital.

Pro-invest’s first hospitality fund raised $500 million, with the money invested in rolling out eight Holiday Inn Express hotels across Australia and New Zealand with over 2,000 rooms.

The group is also furthering its push into the upper mid-scale segment with the development of a series of Voco Hotels, also under an agreement with IHG, with the capacity to also acquire distressed hotels and reposition them.

Greenland Australia is not alone in using the post-pandemic market to sell hotel assets.

The Mirvac and NRMA Tucker Box Hotel Group joint venture is on offer at around $600 million.

The vendors appointed Credit Suisse and hotel broker McVay Real Estate to sell the portfolio of more than 2,000 rooms after years of intense negotiations.