The German association Club Tivoli-Deutscher Verein has lodged a second version of its plans for a mixed-use project on Dandenong Road in Melbourne’s Prahran.

It is between the Frankston and Sandringham train lines and next to a major tramline to the Melbourne CBD.

It initially filed plans by Plus Architecture for a six-storey, mixed-use project in 2020 that comprised restaurants and apartments.

The City of Stonnington council refused the application, which had attracted  community objections in relation to the height, lack of setbacks and concerns about increased traffic in the area.

The club then appealed to VCAT, which also refused the application, stating that the main entrance and porte cochere had to be moved to the Dandenong Road frontage and the plans redesigned to reduce noise and other impacts on residential neighbours.

VCAT, however, deemed the height of the building to be appropriate.

The club’s management met with the council in December, 2021, and again in February and March this year to finalise a design for plans that aligned with VCAT’s suggested design changes. These plans were designed by Architecton. 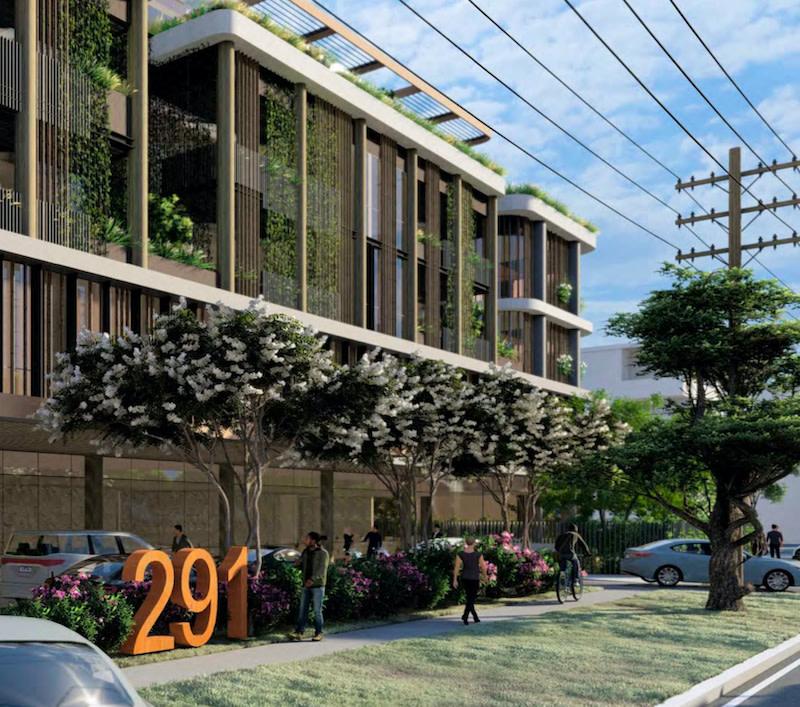 ▲ The site is in a residential area next to Dandenong Road and a tramline running to the Melbourne CBD.

The project proposes 31 two-bedroom, five three-bedroom and 10 one-bedroom apartments for a total of 46 apartments.

There will also be a total of 171 car parking spaces across the three basement levels for both residents and restaurant staff and patrons.

The second floor will have an outdoor communal lounge with terraces, pool and an indoor lounge, in addition to 10 two-bedroom and five one-bedroom apartments.

The club lodged the new plans on September 8. The council has indicated notification to the public will start soon.

The Deutscher Turnverein Melbourne (German Gymnastic Club) was founded on May 1, 1860, making it one of the state’s oldest clubs. On May 1, 1921, it merged with the Klub Tivoli under the name Club Tivoli-Deutscher Verein Melbourne.

Also in Prahan, Beulah lodged plans for a new mixed-use development opposite the iconic Prahran Market in May.

Beulah plans an eight-storey tower with residential, office and retail in the mix for the site—six adjoining addresses between 182-194 Commercial Road, on the corner of Izett Street— which it picked up late last year for $11.4 million from Stonebridge Property Group.