With Generation Y set to move into the "family-forming" stage of life over the next decade, the composition of demand for new dwellings will change.

And apartments that meet the needs for growing families and downsizers will drive demand and create opportunity for developers, reveals economic forecaster BIS Oxford Economics.

Despite forecasting solid demand for units, townhouses and apartments over the next decade, BIS warns growth in demand for apartments will slow.

“At the moment, a lot of apartment stock that’s been built has been investment driven, constructed primarily for tenants,” BIS senior manager of residential property Angie Zigomanis told The Urban Developer.

“But the next round, we expect dwellings to have more amenities, and built for long term owner-occupiers.

“Whether its savvy developers or savvy purchasers, the market will shift towards unit and apartments that are going to be attractive to the owner-occupier market not just to investors. Because that is where the value will be.”

As Generation Y gets older, then this provides an opportunity for developers in all capital cities to meet this demand. The boom in multi-unit dwelling construction has up until now been investment-driven, with design being geared toward Generation Y renters living as singles, couples without children. 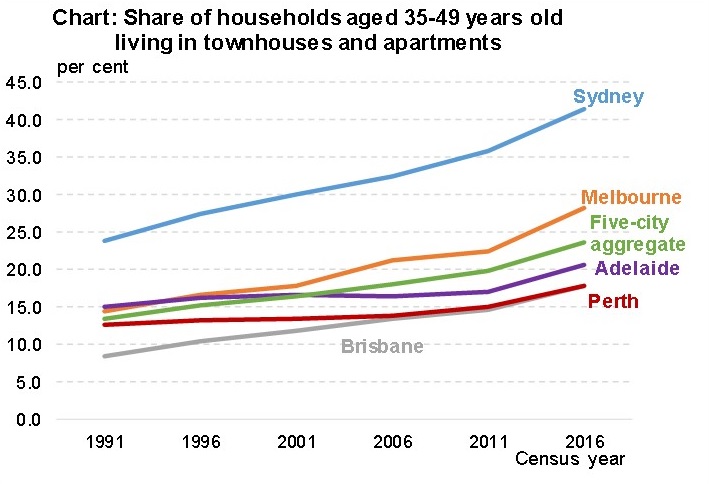 In need of the missing middle: apartments and townhouse lifestyle

As gen Y transition into the next life stage, coupling up and multiplying, Zigomanis says many will be looking to purchase a dwelling, most likely larger such as a detached house, townhouse or family friendly apartment and not necessarily in the suburbs as practiced by earlier generations.

“It’s likely rising house prices and decreasing housing affordability in the most desirable locations in the capital cities are causing an increasing trade-off for some couples and family buyers, with many seeking smaller and more affordable dwellings to remain close to their desired location.”

The report notes that strong demand for downsizer- friendly dwellings could swell.

“The percentage of households leading into retirement (50-to 64-year olds) that have a mortgage increased from 20 per cent in 1996 to 42 per cent in 2016, with a corresponding fall in the share that fully own their home,” the report said.

“Unless occupants elect to remain in the labour force (after retirement age), there will be an increasing number who are likely to sell out of their dwelling upon retirement to move into a lower priced smaller dwelling to reduce their debt,” Zigomanis said.

BIS suggests that many will prefer units and townhouses over apartments.

“These same smaller dwellings in established areas are likely to also be attractive to some of the growing Generation Y families. 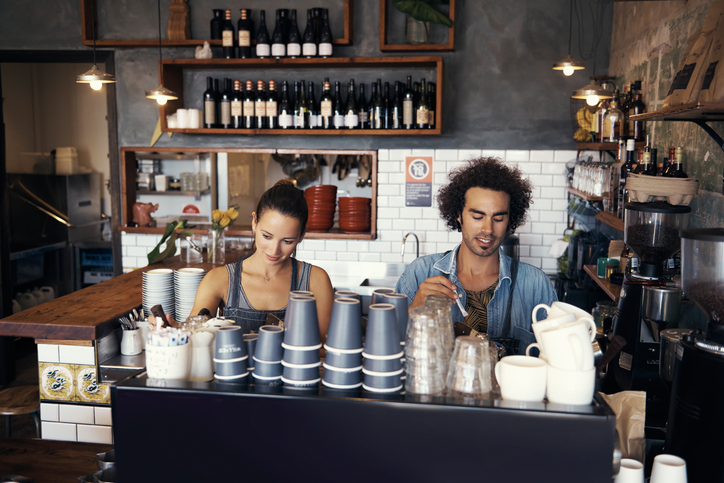 “If there is inadequate demand in these locations for new infill unit development, there is likely to be greater pressure on house prices, as houses on suitable larger lots become sites for townhouse development,” Zigomanis said.

BIS anticipates rising demand for smaller dwellings by Gen Y over the next decade across all capital cities, although it will be most prominent in Sydney, and to a lesser extent Melbourne.

In Brisbane, Adelaide and Perth, householders are more likely to live in a detached house once they enter their late 30s and 40s, with strong demand for new separate houses is likely to continue.