It is a classic chicken-and-egg situation, and is constraining the growth and success of the 480ha precinct which will ultimately be home to 80,000 residents, 80,000 jobs and 20,000 students.

Fishermans Bend Business Forum vice-president Murray Nicol says businesses are delaying development and investment on the peninsula due to its lack of connectivity with the rest of Melbourne.

“There are businesses we know that are waiting for the surety and certainty that public transport brings for their employees, for them to make investment decisions to invest, employ, develop and make Fishermans Bend their home,” Nicol says.

“The biggest issue that our members face and that we continue to hear from the business community is public transport—this needs to be a priority.

“Our studies show that 47 per cent of employees on Fishermans Bend come from the western suburbs. An east-west rail link seems to be a must to support the vision for the future that we all share for Fishermans Bend.”

Nicol acknowledges rail is a long-term project, but says a tram route into the area will “ignite the success of Fishermans Bend”. 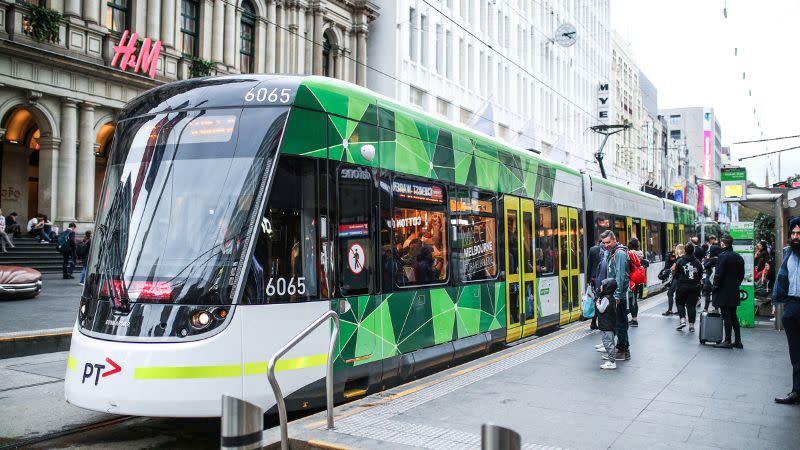 ▲ A tram route into Fishermans Bend would "ignite the success" of the precinct, according to a business group.

The Victorian government has supported a $90-billion investment in transport infrastructure as part of its Big Build program, but Fishermans Bend was not included in the cash splash.

“It’s really easy to do good development on publicly owned land. It is really, really hard to do good urban renewal on land that is privately owned by people where development viability is fundamental,” Sussex says.

“The private sector cannot continue to do redevelopment unless there is development viability. It’s a major consideration. Collaboration between developers and the state and the city is a fundamental part of delivery.

Sussex says transport is usually planned once the demand is “already overwhelming”.

“So what we’re saying here is that the plans for the development are such that the demand for public transport will be overwhelming very soon. That’s the argument that we’re all taking forward.

“[We are advocating for] the train in the long term, the tram in the medium term and dramatically improved bus services and walking and cycling capacity in the immediate term.”

▲ The University of Melbourne’s plans for its engineering and innovation campus at Fishermans Bend will hinge on good public transport connectivity for students and staff.

The City of Melbourne Council is supportive of the need for trams into the peninsula as well as an east-west rail link to service the growing population.

But responsibility ultimately lies with the state government, and lobbying is well under way ahead of a looming state election. However, there have been few commitments to address the public transport black hole on Fishermans Bend.

The University of Melbourne is developing an engineering and innovation campus at Fishermans Bend after acquiring a 7.2ha site, which they plan to welcome students to in 2025.

Dean of the Architecture, Building and Planning faculty at the university Professor Julie Willis says it’s a “once in a generation opportunity” to develop a large-scale campus that is co-located in an innovation precinct.

“We’ll be creating big solutions to big problems alongside some of Australia’s most innovative engineering  and advanced manufacturing organisations,” Willis says.

“The campus will enable unprecedented large scale testing, experimentation, prototyping and piloting, and provide us with the ability to work with our partners, students and university colleagues in a completely new way.”

But Willis says public transport will be “essential” for students and staff, who expected connectivity as part of the university experience.

“It improves the amount of connectivity through to the city and makes it a viable place to be,” Willis says.

“Melbourne is very well served by its public transport, Fishermans Bend is like a black spot in the middle of it, with lots of roads going around it but not exactly great connecting through public transport. We’re really hoping we see that connectivity come online over time.” ▲ A mixed-use tower with an exposed glass-sided pool will set the tone for Acciona Geotech's plans for a five-tower precinct at Fishermans Bend.

Acciona Geotech recently won approval for the first stage of its five-tower mini-city.

As part of planning considerations, Acciona Geotech was granted a relaxation on carparking provisions, alowing them to frontload their carparking numbers to accommodate the 2000 workers expected to travel to the new headquarters each day.

City of Melbourne Deputy Lord Mayor Nicholas Reece says they are mindful of “getting it right the first time” and avoiding planning errors made in other urban renewal areas in Melbourne.

The strict parking controls are aimed at reducing the traffic congestion on the Fishermans Bend peninsula and encouraging public and active transport connections around the precinct.