The National Farmers Federation wants 20 towns across Australia to be recognised as future development precincts to capitalise on growing regional populations and business opportunities.

The group said it had created the list to garner support from the federal government, along with $1.4 billion in investment, to make the plans a reality.

Nearly 30 industry and community representative groups contributed to the NFF's Regional Development Strategy, which has widespread support from local government.

NFF president Fiona Simson said they wanted to ensure the plan would “come to life and didn’t become yet another glossy document gathering dust in a high-rise inner-city office”.

“Research by the NFF confirms regional Australians are protective of the charm of their bush homes, but they are increasingly challenged by the skyrocketing cost and lack of availability of housing, and access to critical services such as healthcare,” Simson said.

“This proposal addresses these critical concerns and far from wanting to make towns like Mildura and Emerald another Melbourne or Brisbane, the NFF and our collaborators make the case for real collaboration across all tiers of government to achieve bona-fide solutions to housing, education and health.”

City of Mount Gambier mayor Lynette Martin said the pandemic has seen regional areas come to the fore as a viable lifestyle choice thanks in large part to flexible working opportunities.

“As attitudes begin to change about what it means to live in a regional area post pandemic, I really believe that the time is right for all levels of government to work together,” Martin said.

“We need to embrace and support the concept of regionalisation and establish a plan to ensure we have the social and economic infrastructure in place to cater to an increasing population in the regions.”

Simson said thousands of people were recognising the endless potential of these areas and there was space for affordable housing, social services, amenity, culture and business opportunities.

“Places like Mount Gambier and Warrnambool, and their adjacent towns and villages, should be globally recognised centres of high-tech agriculture, food processing and manufacturing leading to the creation of thousands of new jobs in the process,” Simson said. 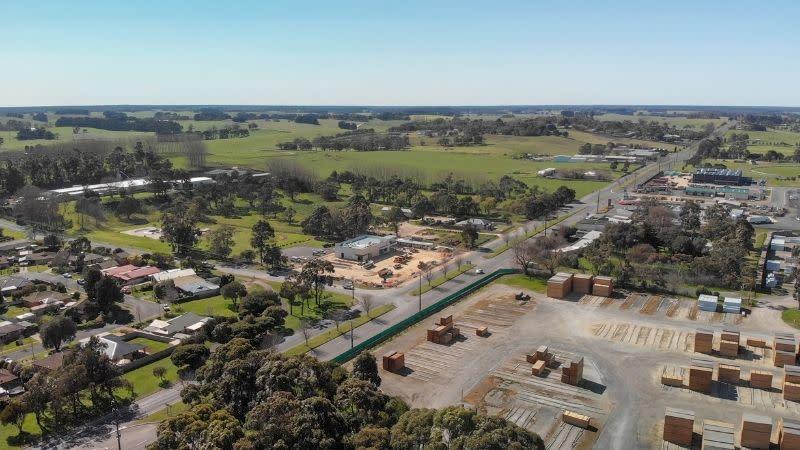 ▲ Mount Gambier in South Australia is one of many Australian regional centres to feel the effect of pandemic-prompted migration from the capitals.

“Covid-19 has exposed Australia’s reliance on international imports for critical inputs, such as ag-vet products and fertiliser.

“Now is the time to invest seriously in the domestic manufacturing capability of our country and it just makes sense for these developments to make their home in regional Australia.”

Outback Alliance chair Andrew Drysdale said there were numerous examples of policies developed for Australia’s more populated centres that were not fit-for-purpose for the outback.

“The NFF recognises this in their proposal,” Drysdale said.

“Place-based approaches are particularly important to outback Australia because the social, economic, cultural, and environmental conditions faced by communities in the outback are different to those in the more-settled locations where policies are usually devised.”