An ambitious plan to transform former farmland into an agri-tourism destination on the Sunshine Coast has won approval.

The Barns Lane Farm will put the 6.8ha former farm at Coolum on the map with plans for a paddock-to-plate experience, a 2000sq m produce hall, brewery, animal farms, tours, an adventure play area and a performance space.

It’s the brain-child of co-founders Jason Grant, Helent Grant and Jonathan Leishman, with construction on the first stage due to commence soon.

The opening is slated for late next year, with future stages to include a boutique hotel and a 150-seat function venue, to cater to the rural wedding market.

Developer Jonathan Leishman said it had been a passion project for the trio. He said Barns Lane would be an incubator for innovation and connect with charities on the coast.

“We’re partnering with Josephmark, they’re going to be running an agtech start up incubator,” Leishman said.

“They’re going to use Barns Lane kind of like a Google campus, where they can get that interaction with the industry and go to market.

“We’ve also got Compass Farms on board—they have six farms on the Sunshine Coast that provide learning opportunities for people with disabilities. It teaches them life skills through doing something meaningful … we’re excited to have them onsite, they will be maintaining one of the plots, growing botanicals for the distillery.” 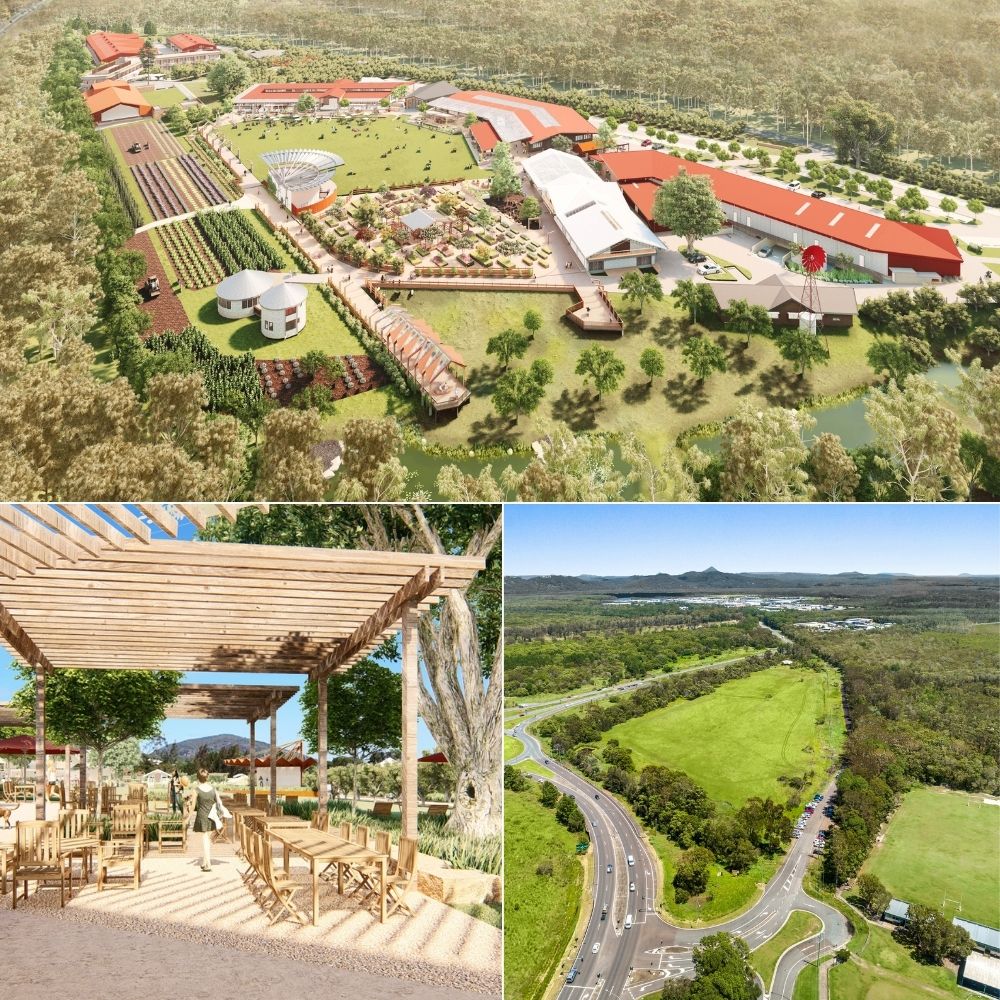 ▲ Barns Lane Farm has been approved for Coolum, with a second stage to include a boutique hotel and event space.

Leishman said they would also partner with Mini Farm Project, which grows produce and donates it to charities to feed people experiencing food insecurity.

The trio’s passion for community, wedded with its experience in development and business nous, would be put to good use as the long-term operators of the site, which was formerly slated for a Bunnings.

“We’re very passionate about community, food and healthy living, and we’re looking forward to getting cracking on the site,” Leishman said.

“Once we’re up and running there’s going to be between 50 and 60 businesses on site including a coffee roaster and a bakery, and we’re in advanced talks with a restaurant operator and events operator.”

The project is expected to create 170 full-time equivalent jobs across multiple industries and connect the community to its local food producers.

Visit Sunshine Coast chief executive Matt Stoeckel said there had been “huge demand for agri-tourism experiences” and the project would lead the food producer market on the Sunshine Coast.