The commercial, industrial and residential development company has applied to the North Sydney Council to build four buildings on a 4350sq m site it purchased in 2019.

Lindsay Bennelong pursued the site, at 27-57 Falcon Street, due to its location near the new Sydney Metro station and Crows Nest Town Centre within the Willoughby Road Precinct.

The site, half of which is undeveloped, is bound by Falcon Street to the north, Hayberry Lane to the south, Alexander Lane to the west and low-density residential properties to the east.

Its has lain vacant for more than two decades but has been subject to a number of proposals in that time, including a vertical aged care facility and high-rise residential flat buildings.

Due to planning difficulties, the approaches to the council during the past decade to develop the site have gone unsuccessful, leading the site to change hands several times.

The remainder of the site is currently occupied by three ageing two-storey commercial and industrial buildings. 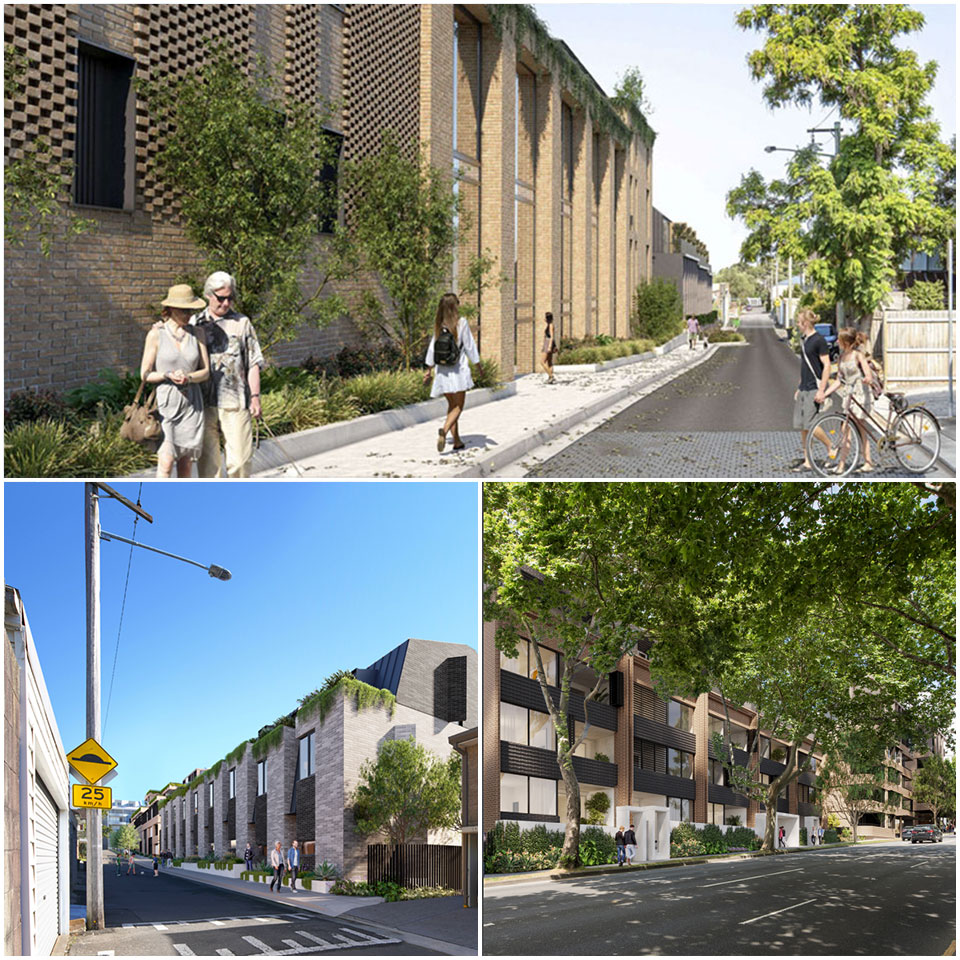 ▲ The existing run down commercial buildings at the eastern part of the site will make way for four new contemporary residential buildings. Image: Allen Jack and Cottier Architects

Its proposed development, designed by Allen Jack and Cottier Architects, will comprise three buildings stepping up to four-storeys, double the current height limit.

The buildings, if realised, will offer 74 apartments in one-, two- and three-bedroom apartment configurations.

The developer has set aside 10 apartments for tenants with specialist disabilities, while 15 apartments will be for social housing.

The masterplanned development will include three courtyard spaces linking Falcon Street to Hayberry Lane as well as two retail tenancies on the corner of Falcon Street and Alexander Lane.

The development will be within 350m of the future Crows Nest metro station, which was approved in early 2017 and scheduled for completion in 2024.

The station is one of seven being built as part of a $27-billion metro rail line from Chatswood, under Sydney Harbour to central Sydney and on to Bankstown.

The Lindsay Bennelong development will be in the state government’s approved St Leonards-Crows Nest 2036 plan.

In late 2020, the NSW government unveiled its finalised 2036 plan with tower heights reduced and the number of dwellings to be built in the emerging precinct cut to 6700.

The finalised plan reduced building heights for the tallest towers planned south of the Pacific Highway near St Leonards station to 42 storeys, down from the previously planned 60 storeys.

The state government has also promised 8ha of extra open space, which it says will be partly funded by developer contributions.