The debut development play by Equicentia is earmarked for an amalgamated 1262sq m site at 82-90 Alexander Street that it acquired for $24.5 million.

“This is our first one ... it’s a good size to start with, not too small and not too large either,” managing director Ashwin Arumugam said.

“It’s good to debut with something of this scale and in a suburb like Crows Nest as well.

“Obviously it’s still early days for us and we’re in no rush but there’s already other projects in the pipeline similar in flavour, shape and size.”

Before founding Equicentia, Arumugam worked with Chinese-backed developer Poly where he completed more than $1.5 billion worth of transactions across residential and commercial development sites as well as debt capital markets.

“There’s just such limited supply in those areas and no change in densities,” he said.

“And our vision from the beginning has been to provide these owner-occupier oversized apartments that are well built and we believe that’s going to stay strong as opposed to smaller investor stock.” 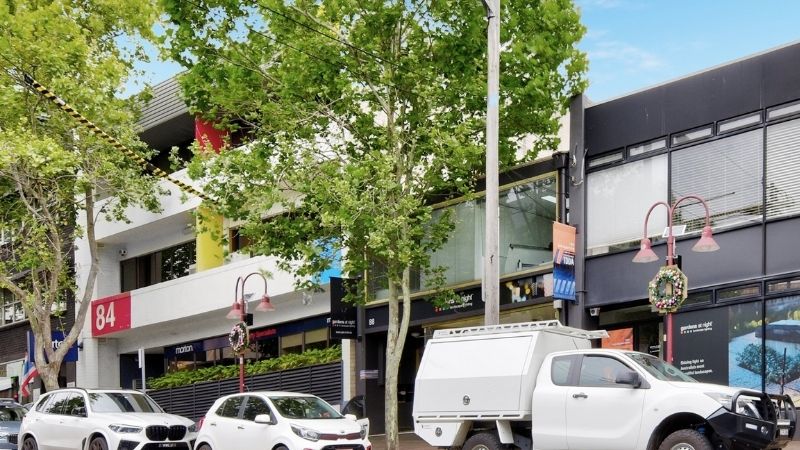 ▲ Equicentia’s planned shop-top development in the heart of the Crows Nest would replace two- and three-storey office-retail buildings currently on the site.

Equicentia’s Crows Nest shop-top proposal has been designed by Nettletontribe with 26 apartments across its four upper levels, almost 700sq m of ground-floor commercial space and a rooftop communal terrace.

Topping out about 20m, the DA is seeking a variation to the 16m building height standard for the site to accommodate solar panels and lift overruns.

According to the submitted documents, a five-storey mixed-use building was previously approved for 88-90 Alexander Street that exceeded the height limit by up to 3.3m.

Featuring fluted concrete and a “low-key sophisticated palette of colours”, it has been designed to “be compatible with the neighbouring sites”.

“The proposed architectural language is contemporary with an emphasis on simple expression of forms and materials, a layering of elements to add texture and visual interest,” the design statement said.

Construction costs have been estimated at $16 million. 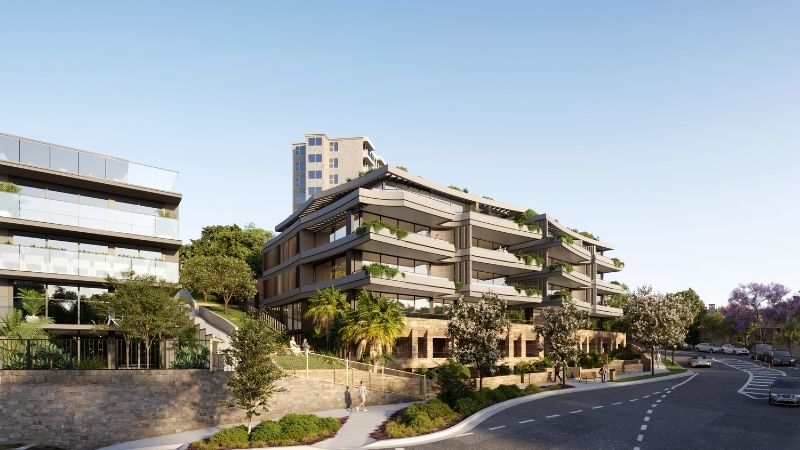 The lower North Shore is experiencing a period of change as office buildings make way for residential developments with cashed-up buyers pouncing on apartment projects.

Recent plans for the area include Podia’s boutique multi-level residential building proposed for Neutral Bay comprising 23 apartments across six storeys as well as two levels of basement car parking with an estimated construction cost of $20 million.

A $41-million apartment tower in nearby St Leonards has been proposed by the Dan Family Investments Group’s New Golden International.

The plans show a 13-storey, 104-apartment tower for an amalgamated site of more than 2500sq m across 1-3 Holdsworth Avenue and 10-12 Marshall Avenue.

The commercial, industrial and residential development company applied to the North Sydney Council to build four buildings on a 4350sq m site it purchased in 2019.

Its precinct would comprise three buildings stepping up to four-storeys, double the current height limit, and a narrow two-storey building with nine townhouses. 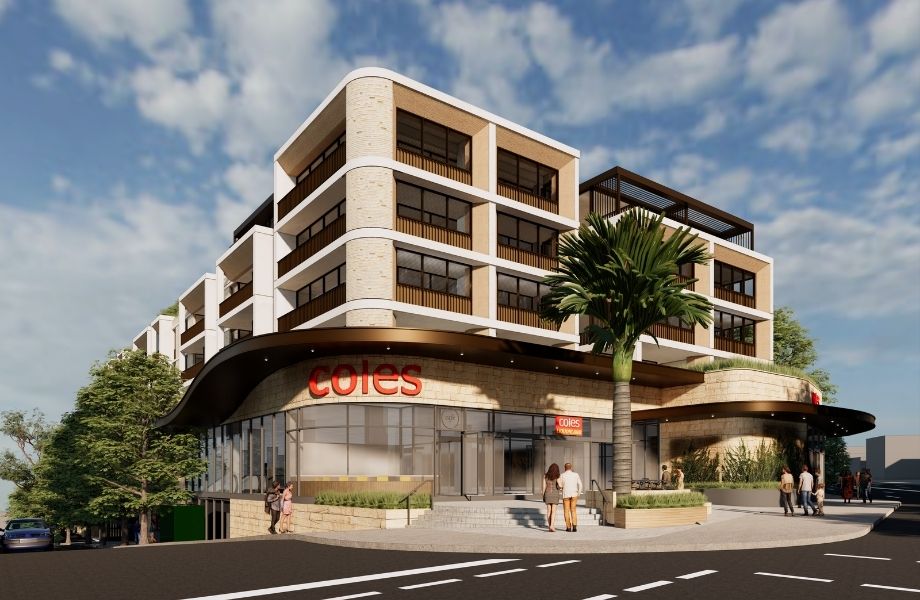 ▲ Thirdi is teaming with Coles for the Balfour Place project.

The move towards so-called shop-top developments has ramped up as the convenience and location of this style of living wins over owner-occupiers.

On the North Shore, developer Thirdi is joining forces with Coles Group to create the $180-million Balfour Place, a mixed-use development planned for the existing Coles supermarket site in Lindfield.