Leo Iazzolino’s Elite Property Group will turn to the Victorian Civil and Administrative Tribunal for a determination on its plans for a Richmond-based project.

The developer has lodged an application with VCAT claiming that the Yarra City Council failed to make a determination on time.

There would also be a cafe on the ground floor, end-of-trip facilities and a retail tenancy.

Elite Property Group lodged the plans in 2021 but provided additional information in March, 2022, before the plans were advertised by the Yarra City Council.

Around 80 objections were received, according to council records, with council documents showing that the height of the building and its street walls and mass, and lack of cohesion with the surrounding area, were the main areas of concern.

Increased traffic and pedestrian safety as well as amenity impacts around overshadowing, lack of daylight, and wind and noise impacts, were also raised. 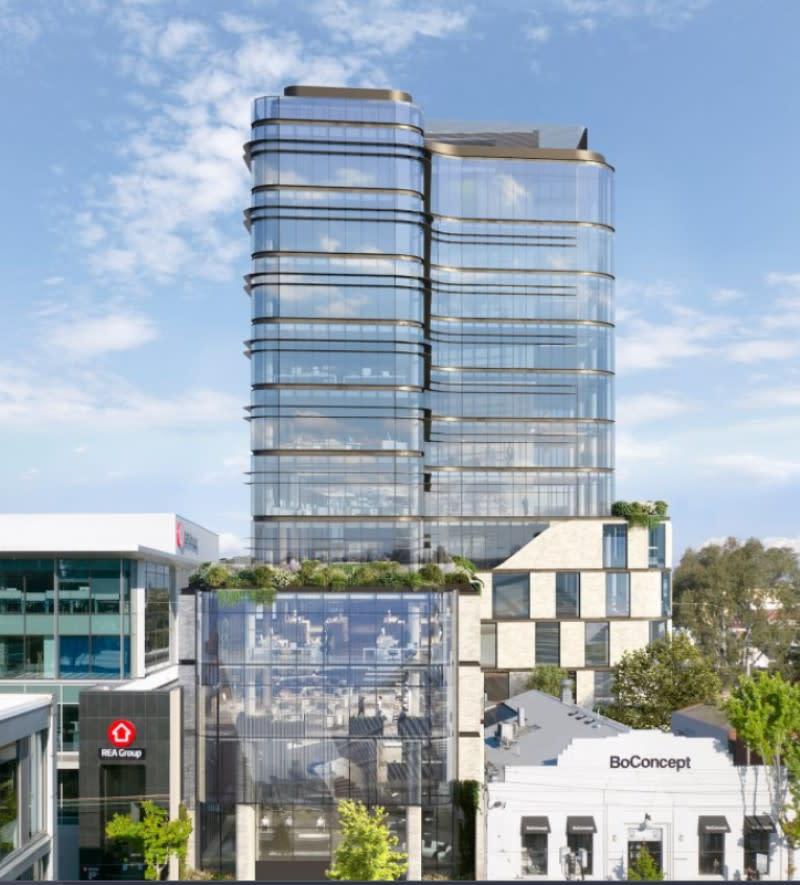 ▲ The 12-storey office tower proposed by Elite Property Group in Richmond, which will now be the subject of a VCAT hearing in November.

A council has 60 days to assess and make a determination on a planning application, not counting any time spent by the council on advertising or requesting additional information. If it fails to do so within 60 days, then the matter is passed to VCAT for determination.

Elite Property Group lodged the VCAT application on June 17, 2022 after the council failed to make a determination once the advertising period had ended.

Yarra City Council’s Planning Decisions Committee then met on July 26 and were informed that the application to VCAT had been made.

The committee determined that the plans could go ahead if two storeys were removed to reduce the building height, pedestrian access was improved and there was clear signage around bicycle parking.

Other conditions included the plans needing to abide by certain material finishes and sustainability considerations and the provision of further detail.

A compulsory conference was scheduled for September 13, 2022, with a major cases hearing date set for November 15, 2022.

The council plans to submit to VCAT during the review process that it would have approved the plans subject to conditions.

The tribunal will have to first assess if the council did miss its deadline and if therefore there are sufficient grounds for it to take over the determining process.

The Richmond site was once home to a chocolate factory and was redeveloped in the 1990s to become the home of Duttons Garage, a car showroom, which has since moved to South Yarra.

Furniture retailer Robertsons Furniture and Design has occupied the site for the past decade.

Richmond is among the suburbs in Melbourne’s CBD fringe office market experiencing an increase in investment and activity.