Dexus is bumping up the height of its $1-billion Collins Street office tower by 55 metres after buying development rights to the prestigious Melbourne Club for the “best business address in the country”.

Councillors cited the significant improvements on the 2020 plans, which were recommended for rejection by officers but ultimately approved by the City of Melbourne with heavy conditions.

The new design added more than 20,000sq m to the gross floor area to 58,127sq m as well as a through link to McGraths Lane and is expected to cost close to $300 million. 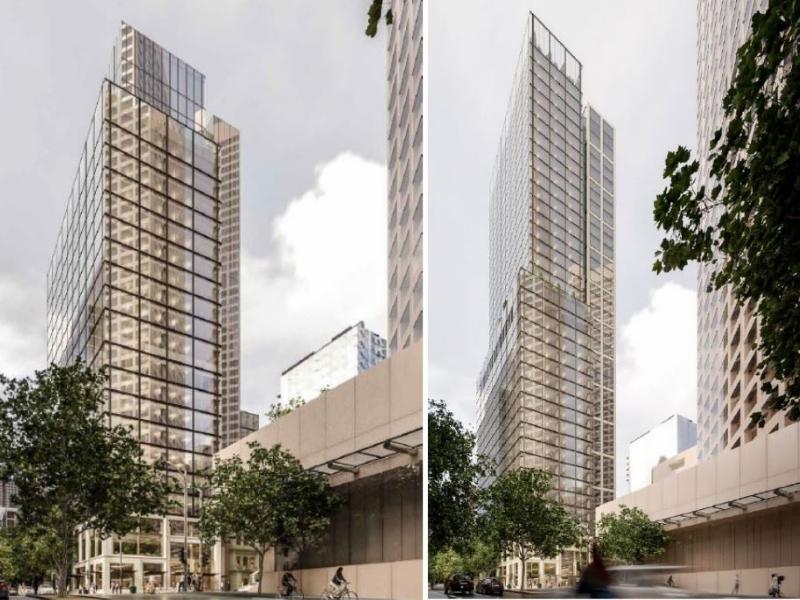 ▲ The overall building height will increase from 101.5m to 159.64m for the new Dexus office, planned for 52-60 Collins Street, Melbourne.

Deputy lord mayor Nicholas Reece said the site was on the most prestigious business street in Australia and they wanted to continue to see high-quality masonry stone finishes as proposed for this project used in the future.

“In terms of Australian corporate real estate, this is probably the best business address in the country and so it’s only right that we as councillors look for a building that achieves the absolute highest standards,” Reece said.

“There is a lot of very clever thinking that has gone into this application ... and, dare I say, commercial ingenuity as well.

“As councillors we can only guess at the sum that has been paid to the Melbourne Club for the purchase of those air rights.

“What it has meant in the terms of floor area ratios and other requirements of our planning scheme—this development does have considerable more room to move and now does comfortably comply, certainly in terms of height and bulk.” 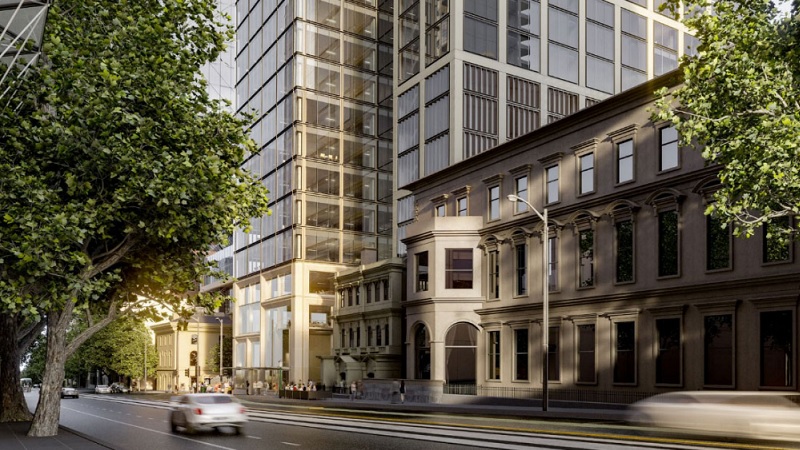 ▲ The Dexus office tower alongside Melville House and the Melbourne Club as designed by Bates Smart.The corner site is the former Reserve Bank of Australia.

Bates Smart director Julian Anderson said they used inspiration from Melville House and the Melbourne Club in designing the podium of the building and creating ground floor activation.

“The proposal seeks to reinforce the existing and historic character of Collins Street, which we know is one of sophistication, enduring elegance, grandeur and permanence,” Anderson said.

“At that lower level the podium does provide a very fine-grained low-level streetscape which responds to the character, texture and materiality of the adjacent nearby heritage building.”

There is a large pipeline of office developments in Melbourne despite occupancy being heavily affected by locations and restrictions.

Landlords will be looking to the New Year results and 90 per cent vaccination rate target expected to be reached by November 24 when on-site work can return for anyone fully vaccinated.