“What we’re about to see through the rest of the 2020s is more changes in retail and business than we have seen in the previous 100 years.”

That’s not so much a prophecy but a proclamation by former Amazon executive Brittain Ladd in a recent JLL podcast on the rise of the automated dark store.

Consumers’ rising online shopping expectations and their escalating need for speed of delivery is driving a last-mile race for space by retailers looking to create urban logistics networks to meet those expectations.

So-called dark stores, also known as micro-fulfillment centres, are small warehouses that are not open to the public and solely exist to service online orders.

Strategically located in urban population centres, they are seen by an increasing number of retailers as a critical component in delivering faster delivery capabilities.

“We are about to witness the largest disruption of retail and the supply chain that we’ve ever encountered in the US and globally and it’s going to be driven by technology,” says Ladd, now a leading US-based retail and supply chain management consultant.

In Australia, the rise of dark stores has lagged behind the US, Europe and the UK but their emergence is rapidly gaining pace—albeit with most of the momentum coming from the large supermarket and food chains.

As recently as last month Woolworths began construction on its first automated customer fulfilment centre at Auburn in Sydney’s west. Due for completion in 2024, it will have the capacity to dispatch 50,000 home deliveries a week. 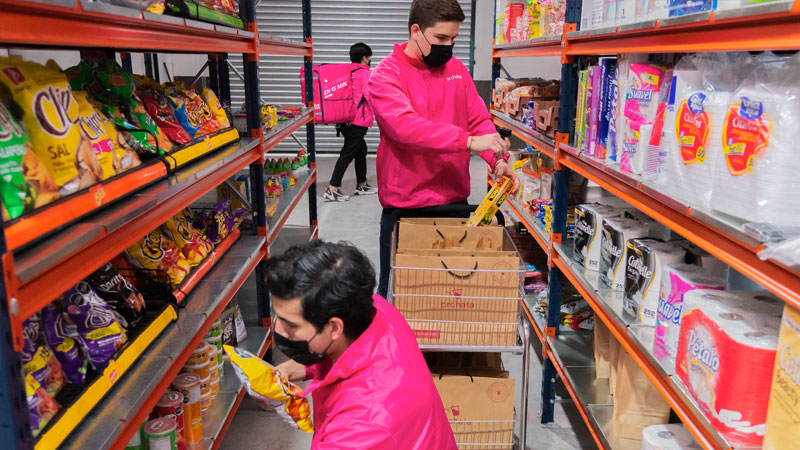 ▲ The surge in online shopping since the start of pandemic have hurt many bricks-and-mortar retailers.

Coles is building two larger automated distribution centres at Redbank in Brisbane’s south-west and Kemps Creek in western Sydney. But, like Woolworths, it also is creating a network of smaller automated fulfilment centres.

Combined, the two supermarket giants have budgeted to spend almost $6 billion on warehouse automation and e-commerce to the end of 2022.

In recent months other retailers—including Aldi and Myer—also have begun investing heavily in dark store locations across the country, reflecting the prevailing strength of consumer online demand.

Ladd—who once described Amazon’s logistics strategy as similar to “a Darwin bark spider that makes the largest spider web in the world”—says it is inevitable the use of automated dark stores will spread well beyond supermarkets to all retail sectors.

“What’s going to happen is customers are going to ask ‘why is it that I can get my groceries in 15 minutes but I can’t get apparel, shoes, electronics, cosmetics and so on?’

“Consumers are absolutely going to demand that everything they’ve ordered be delivered in 15 to 30 minutes.”

He says the demand for speed of delivery will prompt the growth of logistics networks that not only include micro fulfillment centres but also nano fulfilment centres fed by satellite distribution centres and “massive motherships similar to what Amazon is building”.

“What could you get delivered to your house a decade ago in under an hour? Probably a pizza if you were lucky,” says Blade.

“But now it’s like, what do you want and when do you want it? That consumer expectation is driving change ... it’s not going away anytime soon and by necessity it will lead to an increase in dark stores and last-mile facilities.

“Where we are currently, the US—with 25 per cent of its entire retail spend now online—was there four years ago ... but we’re headed there, no question.” 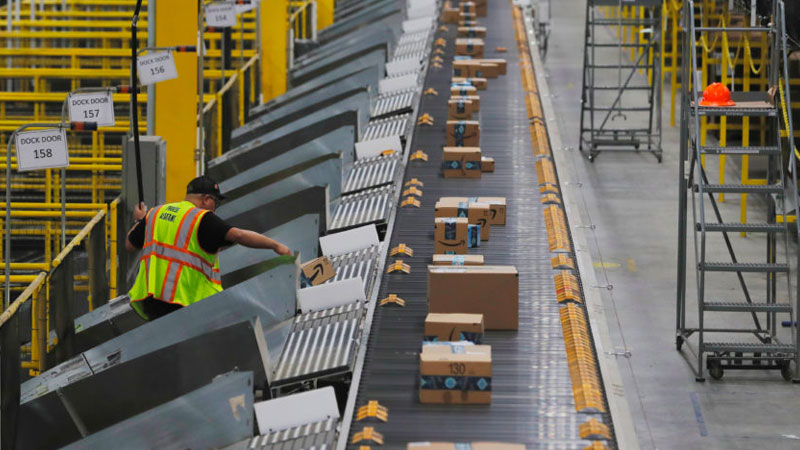 ▲ As more people shop online and expect delivery of goods within a few hours, large-format retail properties close to major cities could have a better use as last-mile logistics facilities.

Blade says the chase for sites by retailers to build their urban logistics networks is already on in earnest and part of the impetus for that is also supply chain interruptions during the past two years that have accelerated demand for warehouse space.

According to JLL’s head of supply chain and logistics Bruce Myers, infill sites in inner-ring locations are in demand from retailers who want “to move inventory in closer to the popular centres to respond quickly”.

“Those consumption patterns are really changing,” he says.

“Nobody wants to wait for anything, they want to order it and get it delivered ... and supply chains have to adapt to that and that’s affecting how inventory is being held.”

Myers says one of the major challenges is availability of land, particularly in Sydney, and that over the next three to five years multi-storey warehousing may become the solution to meet the increasing demand for storage space.

“I really think we will see zoning change to accommodate these micro fulfillment centres within a retail or commercial precinct,” he says.

Mortimer says a lot of time, energy and money is being invested by retailers into driving efficiencies in their supply chain and the last mile distribution network is a vital component of that.

“The challenge we have in Australia is a very small population and lots of land mass,” he says. “It’s easy to place an order on a smartphone, tablet or a computer but getting speed of delivery from A to B is challenging.”

Ladd says he has been urging retailers to “treat their stores like large vending machines” by having a micro fulfillment store “so that when the stores close they are still fulfilling orders”.

“The future of retail and the future in business is the same thing—robotics and speed,” he says.