Construction sector analysts are warning that acute labour and skill shortages are unlikely to be resolved in the next few years, leading to intensifying competition for workers.

While opening the borders is essential, analysts agree, the workforce crisis demonstrates how over-reliance on migration has only papered over structural problems in the past and cannot be relied on as a long-term solution.

“What I’m seeing in the construction and infrastructure sector is very similar to what we’re seeing in the agriculture and horticulture sector, with builders’ labourers in particular,” chief economist and director at Urbis Richard Gibbs says.

“It’s come to a head in agriculture first because of the seasonality with fruit and vegetable pickers.

“But we have a similar ticking time bomb. It’s largely a result of those younger cohorts, particularly working holiday visas, that come in and out of Australia.

“Our economy is very reliant on them.

“Those who arrived at the onset of the pandemic are now coming to the expiration of those visas, and they’re needing to return back to where they’re from.

“The capacity to replenish that workforce is, at this point, limited.

“And we certainly need to do more than just replenish, if we want to gear back up on an activity basis.” 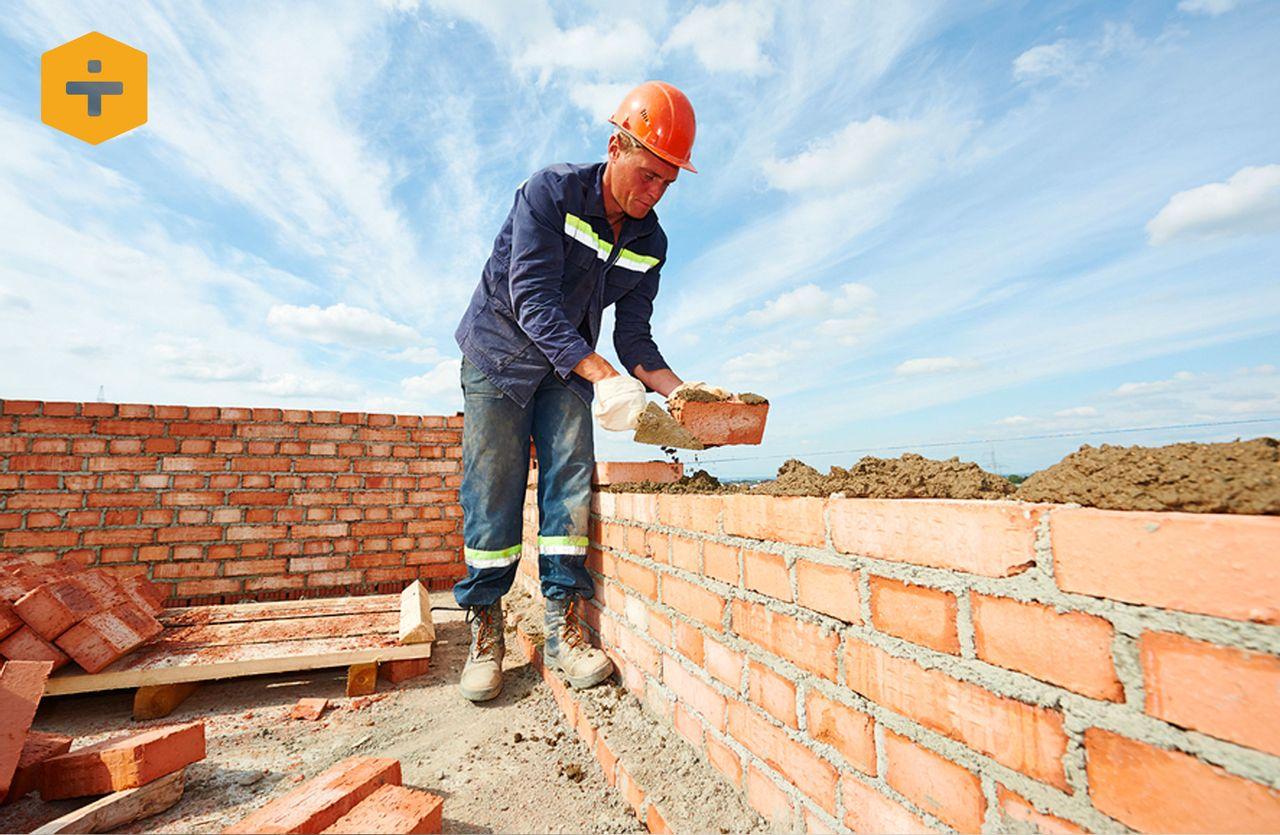 “The closure of the borders has exposed the shortfalls that we’re seeing in the education and training space,” he says.

“The migration pipeline is clearly part of the answer, because it is a lot more rapid than the education and training system.

“But from a policy point of view, you’d like to see government acting in the higher education space to incentivise people getting into the occupations that we’ll need during the next few years.

“But also trying to encourage mobility across geographies, across occupations.” 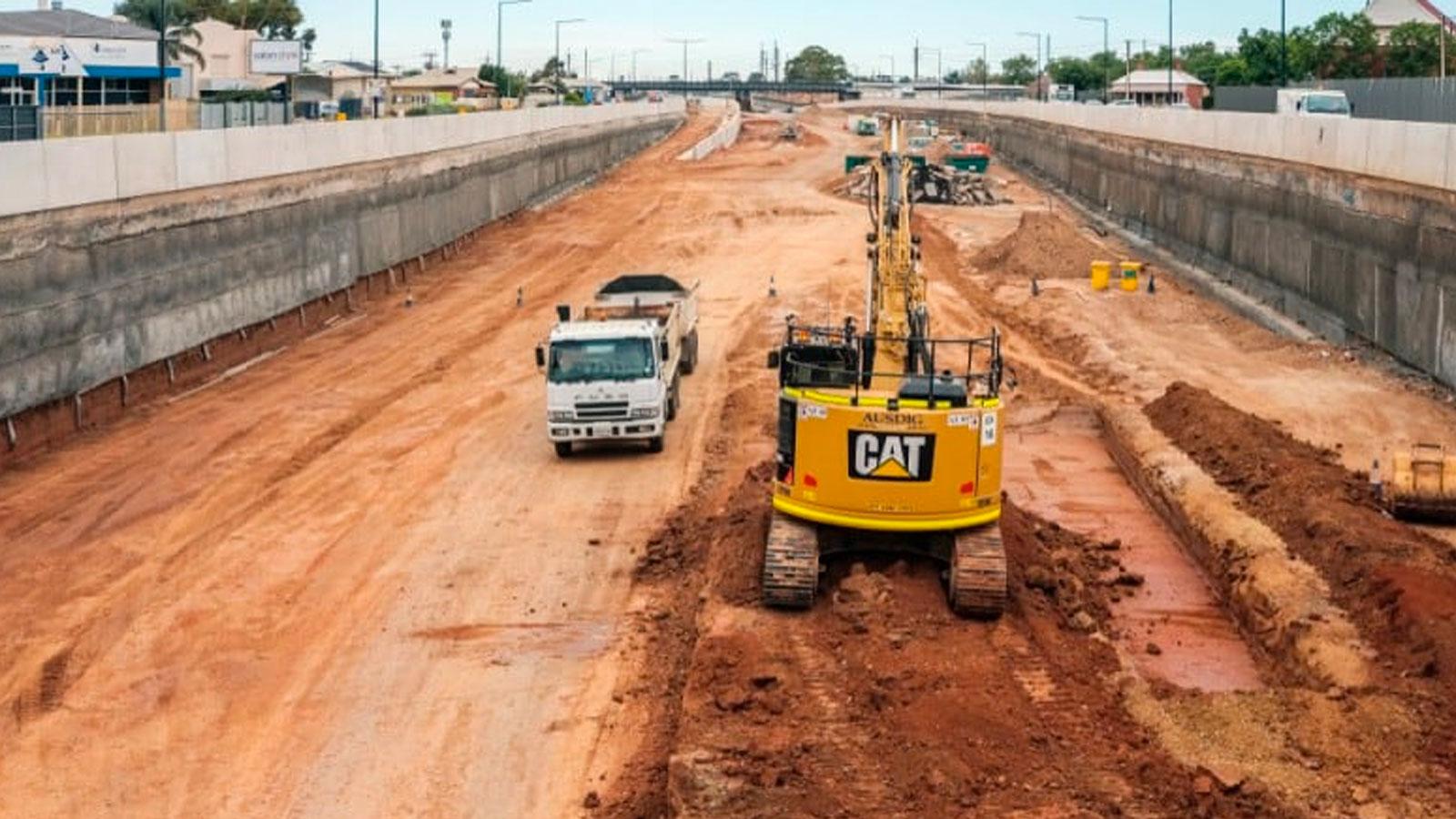 ▲ The infrastructure-led aspect of Australia’s post-pandemic recovery is at risk due to labour shortages.

Jonathan Cartledge, policy and research director at Infrastructure Australia, published a suite of market capacity research last week, including a report into infrastructure workforce and skills supply. He’s projecting that demand for infrastructure workers will outstrip supply by 48 per cent during the next four years.

Cartledge says that skilled migration is “top of mind” for industry, but costs and other challenges mean it will only provide 6 per cent of new construction workforce entrants.

“Particularly for critical skills in highly specialised areas, skilled migration has a role to play,” he says.

“But there’s a range of factors at play when you’re looking to access workers through a skilled migration program.

“Accessing workers domestically is more efficient, and preferable for a lot of organisations.”

Gibbs cautions that Australia will need to be more proactive in order to recapture the attention of migrants.

“Australia’s got to recognise pretty quickly, now, that we do need to fully reengage. I think there’s an air of complacency about Australia as an attractive location,” he says.

“We are going to have to compete very aggressively. Countries like Canada and Japan are now coming through. Even Central Asia is being cited as attractive for these professionals, particularly in construction and engineering.”

McMenamin says that it’s hard to know when we will see the population growth rate pick up to where it was before the pandemic. 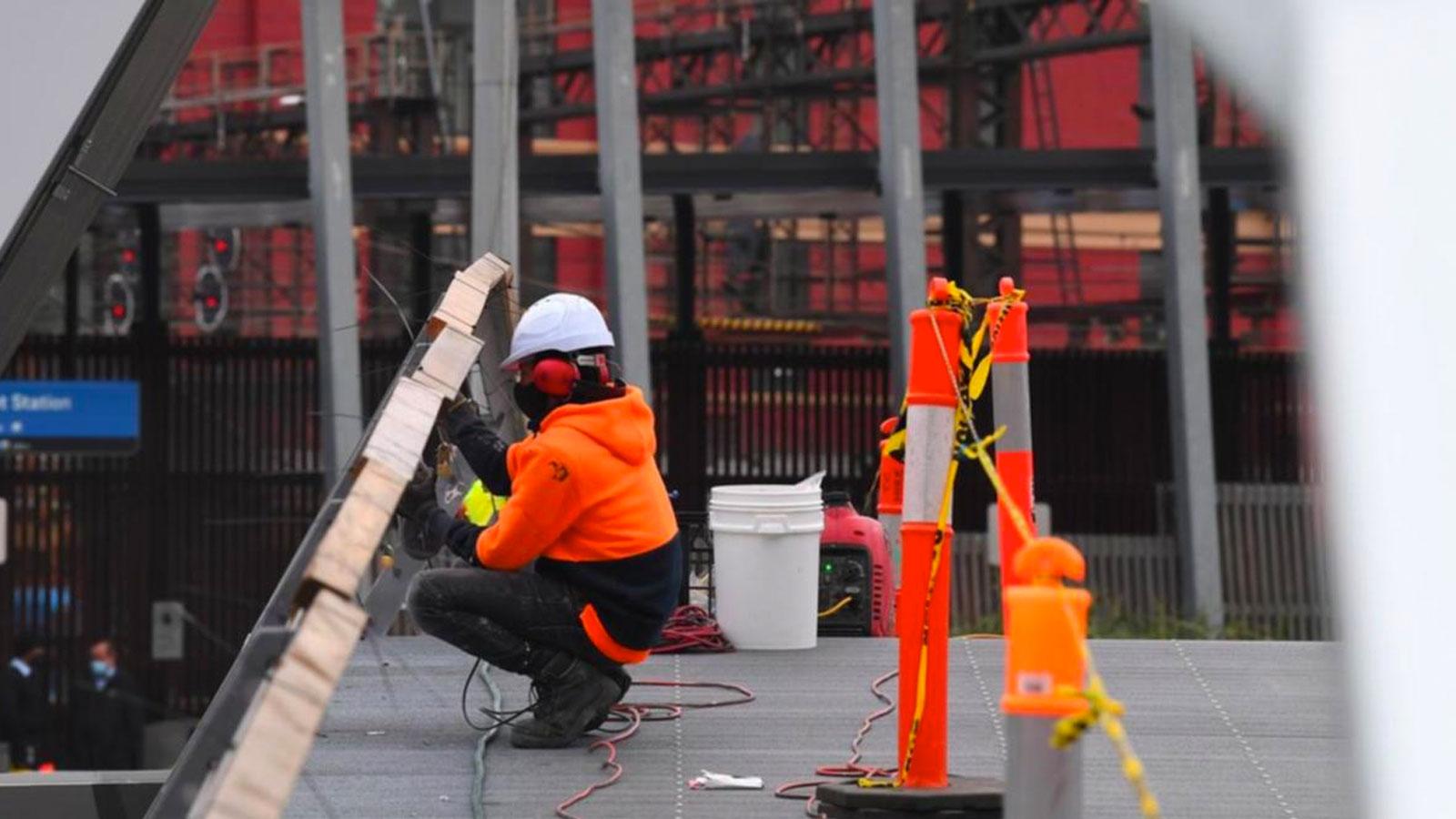 ▲ The migration to the north by tradies from southern states is fuelling shortages in NSW and Victoria.

In a coming report, EY will use a new model to investigate labour mobility and skills shortages by occupation and region. McMenamin shared some of his findings with The Urban Developer ahead of its release.

Interjurisdictional mobility (Australians moving between states) has been declining since the 1990s. Since the start of the pandemic it has fallen again—2 per cent of Australians resettled interstate in 2019, with that figure now at 1.5 per cent.

“While that doesn’t seem like a lot, to hold on to about 100,000 people moving interstate each year; over a decade, that’s a million people,” McMenamin says.

But more worrying for employers looking to attract workers from adjacent industries, McMenamin’s findings on career switching have shown that a trend of pandemic-induced “job-hopping” might be a myth.

“We’re at a record low for occupational mobility. It’s never been so low. Back in the 90s it was at 15 per cent, so it’s been a real structural decline,” McMenamin says.

“When you look at the diversity of the workforce, and we see that well known figure that just 12.7 per cent of the workforce is women, less than 2 per cent in trades, I think that really highlights some of the challenges.”

“And when you look at the $1-trillion investment in infrastructure in the US, you look at the UK levels of activity and stimulus, through Europe and in other parts of the world, it will be increasingly difficult to attract these skills. Our efforts to make sure we can do that are really critical.” 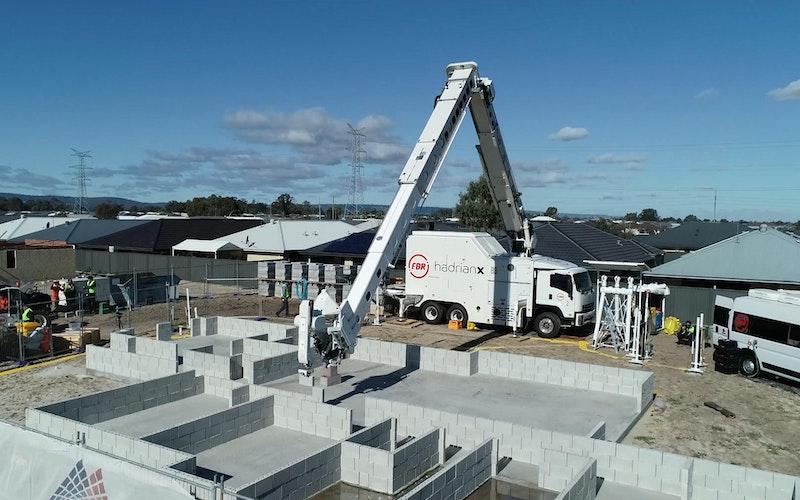 ▲ While new construction technology may help alleviate the situation, there is a limit to how much effect it can have.

Cartledge says that the public infrastructure sector will be fighting hard to get the attention of construction workers.

“Public infrastructure accounts for 20 per cent of the broader engineering and construction work under way,” he says.

“And when we look at commercial and private engineering construction, they’re expected to grow over the coming years. So there will be a very competitive market for these skills.”

NSW Building Commissioner David Chandler has been at the forefront of pushing education reform, upskilling, and digitalisation as key to combating a “capability shortage”.

On the release of his Digitalisation of Construction report in August, Chandler said that “we want NSW’s industry to be at the forefront of innovation and able to use every possible lever to increase its productivity”.

The report found that construction would reach “digital maturity” by about 2031, but that the costs involved, from hardware to BIM software, were hurdles for the SME-dominated sector. 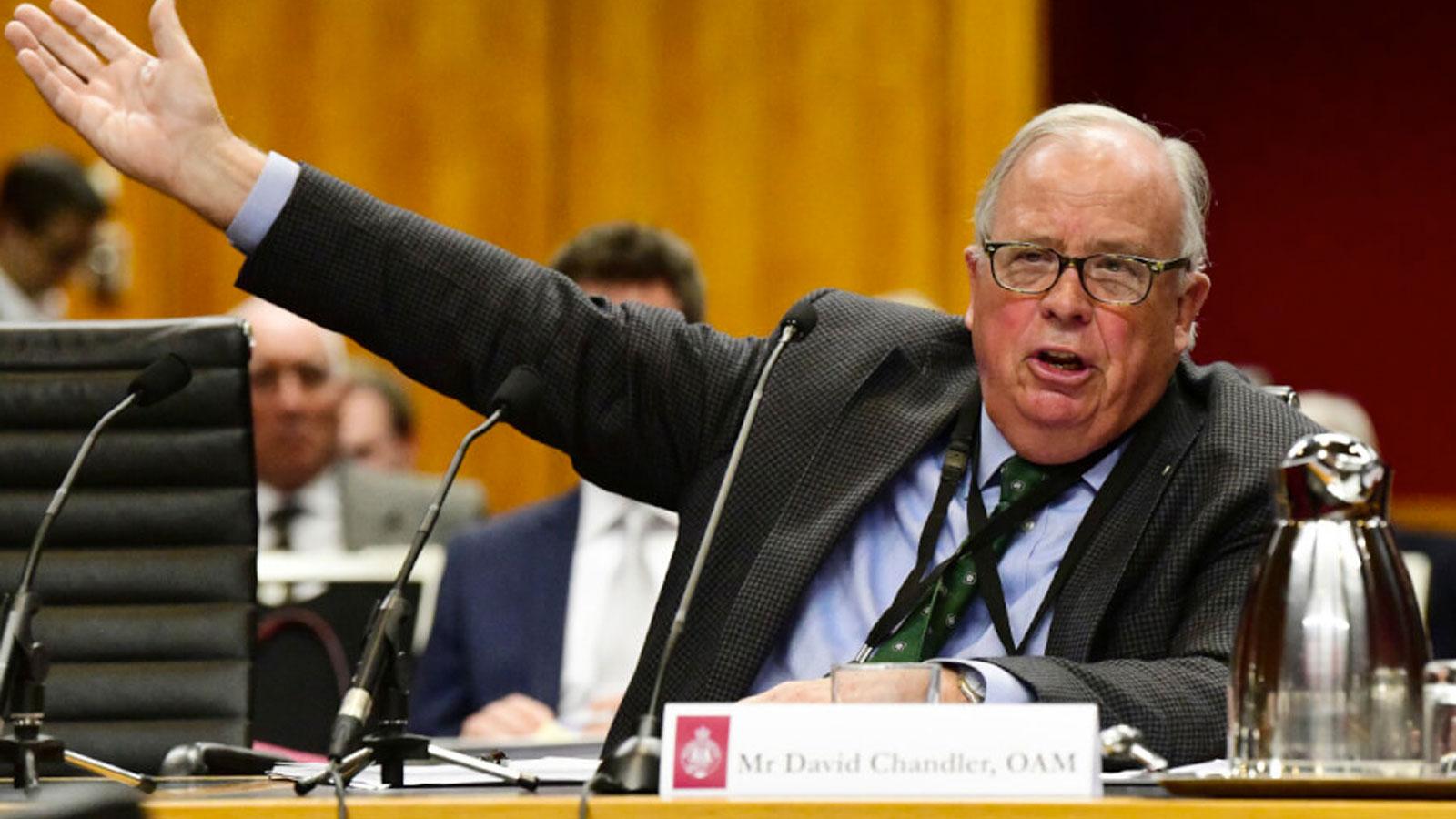 “Reaching digital maturity is a dynamic and evolving process that requires continual exploration of new ways to utilise technology to increase productivity and retain their competitive edge,” the report said.

“When you run up against these sort of skill shortages, then a clear way of addressing them by making your existing workers more productive,” McMenamin says.

“It can be a piece of technology, it can be changing a process, changing management styles, micro-credentialling, all sorts of different things.”

But Gibbs argues that there’s a ceiling on how much productivity can be squeezed out of construction.

“We’ve been trialling, quite successfully, automated bricklaying and things like that. But there’s only so much of the process at this point in time that we could further automate, with the current technologies, that hasn’t already been automated.”