ASX-listed Crown Resorts’ plans to build Australia’s tallest tower in Melbourne have put in limbo after the Victorian government refused to extend the development permit.

Crown Resorts announced in late February that it and its joint venture partner, the Schiavello Group, had applied to the Victorian government for an extension to the construction commencement date for the proposed One Queensbridge project.

The pair have now been informally notified by the Victorian government that an extension to the construction commencement date for the One Queensbridge project had been denied.

“No formal notice has been received from the Victorian government but it is expected shortly,” Crown told the ASX. 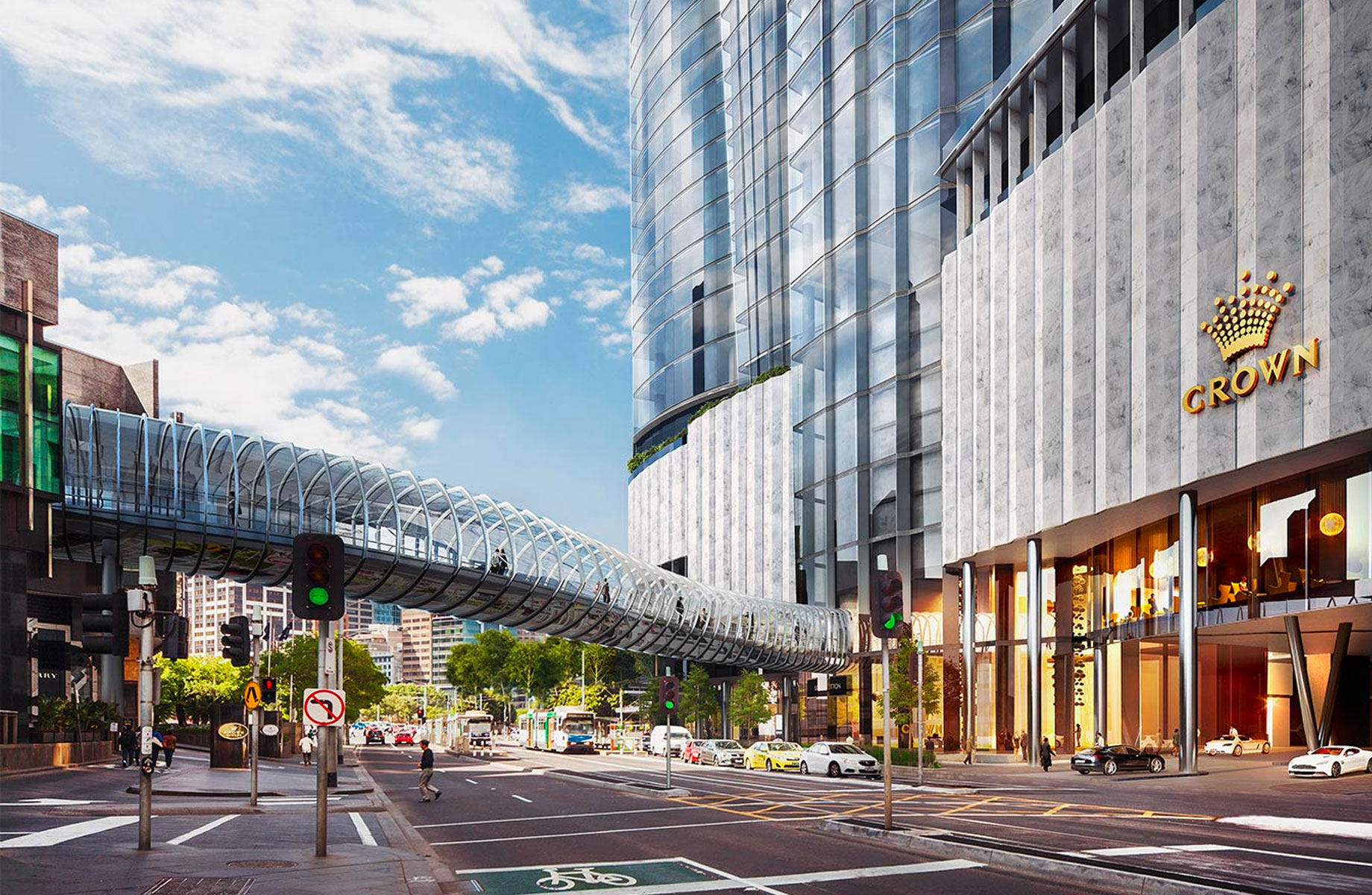 Funding arrangements for the One Queensbridge project with the Schiavello Group were not achieved before the construction start date under the planning approval.Image: Crown Resorts

The $2 billion hotel and apartment complex was proposed to reach 323 metres high, outreaching Melbourne’s famed Eureka Tower by 26 metres and overtaking Australia’s tallest building, Q1 on the Gold Coast, by half a metre.

The luxury skyscraper proposal comprised a 388-room six-star hotel and about 700 luxury apartments.

Crown said the build would take its count to approximately 2,000 hotel rooms and claimed it would support local tourism.

Crown was granted approval for the complex in early 2017 but has found difficulties in a rapidly changing climate met the recent clamp down on lending by major banks and a pull back by Chinese investors.

“As previously announced, the project was subject to obtaining financing arrangements that were satisfactory to Crown and Schiavello,” Crown told the ASX.

“Unfortunately these arrangements could not be achieved before the construction commencement date under the planning approval.”

Amid a weaker economy, the prospects for a new luxury hotel in Melbourne still could be on the cards, with a weaker Australian dollar potentially boosting tourism and in turn the hotel sector by attracting international travellers.

While this might be the case, the luxury apartment market is currently experiencing difficulties a spate of new hotel openings softening room rates, making the Queensbridge project harder to push through.

Crown Resorts said it retained a 50 per cent ownership interest in the land and “will consider the next steps for the property in conjunction with Schiavello”.

Crown is also developing the Crown Sydney Resort at Barangaroo South with 350 hotel rooms, a luxury apartment and VIP gaming facilities where it is embroiled in legal action with the NSW government over its views being blocked by a neighbouring development.

Crown is not the only developer struggling to find a partner willing to share the development risk and experiencing funding issues.

The developer's initial confidence in Melbourne's apartment market when purchasing the site had been stifled over recent months, instead opting to sell the asset as demand softens to recycle funds for commercial assets.