The Australian construction industry is proving its own worst enemy due to the slow adoption of technology that would go a long way to dealing with the current building costs and labour shortage crisis.

Experts in the sector across the board agree that the reticence to pick up technology is costing the construction industry and doing nothing to future-proof itself.

The challenges of the past two years have continued to show the need for investment in new technology, according to Procore Technologies, a world-wide provider of construction management software, which has surveyed sentiment in the industry.

Vice president of APAC for Procore Tom Karemacher said the Australian construction industry remained remarkably resilient, however, there were lessons to be learnt from its Asia-Pacific neighbours.

“Our research found a clear correlation between positive industry sentiment and the intention to adopt technology, with ASEAN nations taking the lead in this area,” he said.

“This enthusiasm should be instructive to the Australian construction industry, underscoring the power of digital transformation in relieving key industry pressures and supporting growth.”

More than 1100 construction decision-makers and influencers were surveyed in what is Procore’s third How We Build Now report. This year, the survey was broadened to include Australia, New Zealand, Malaysia, Singapore, and the Philippines.

But while leading in quality and safety, the report showed Australian construction lags other markets on digitisation and technology adoption.

The report said Australia has lower adoption rates of everything from building information modelling (BIM) to big data, pre-fabrication and robotics.

And a smaller percentage of Australian companies plan to adopt digital technologies than their regional peers. New Zealand businesses are almost twice as likely as their Australian counterparts to accept next generation BIM technology will drive change.

BIM take up in property by APAC region 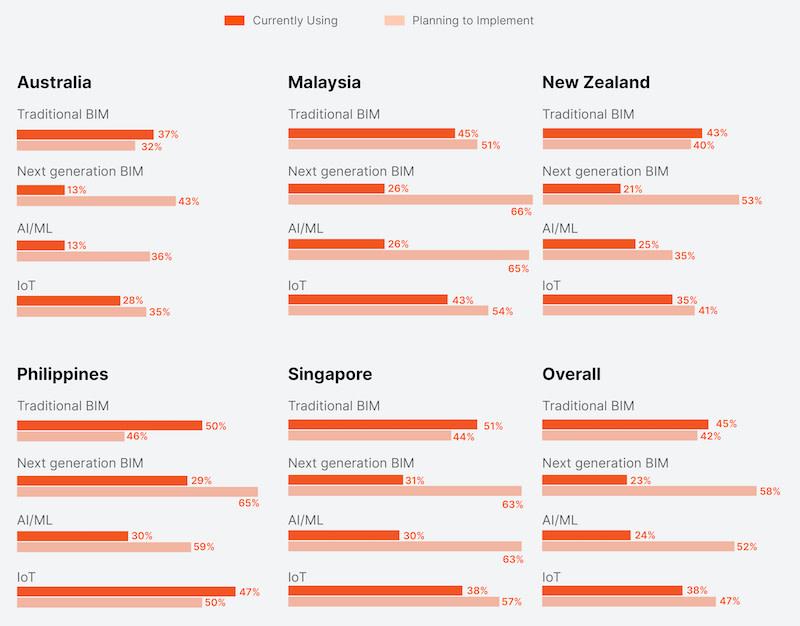 Hannah Morton, an associate at global sustainable engineering consultancy Cundall, said the challenge was to bring all parts of the industry along.

“I believe technology is an asset in this at every stage from early feasibility, design development and modelling through to project management, procurement and post-construction commissioning and verification,” Morton said.

Earlier this month, Brisbane-based construction lawyer Janelle Kerrisk chaired a panel discussion on just this subject, at the Future of Construction Summit in Sydney.

“There were a lot of people in the room opening their minds to the benefits that come from technology,” Kerrisk, who is chief executive of Helix Legal, said.

“But in my experience, particularly in Queensland, the industry is one of the most heavily regulated in the world, so therefore any technology you adopt needs to ensure you are still meeting your regulatory obligations and all your lawful obligations.

“I am a huge advocate of new technology in the industry, but this is an Australia-wide problem. I have seen that regulation grow more and more over the years.”

Master Builders Australia chief executive Denita Wawn said it had been the case for some time that the industry generally had lower than average uptake of digital technology.

“This is particularly the case for small and medium-sized enterprises, which make up 98 per cent of the industry,” Wawn said.

“Working to reverse this long standing reality is a high priority for Master Builders Australia. 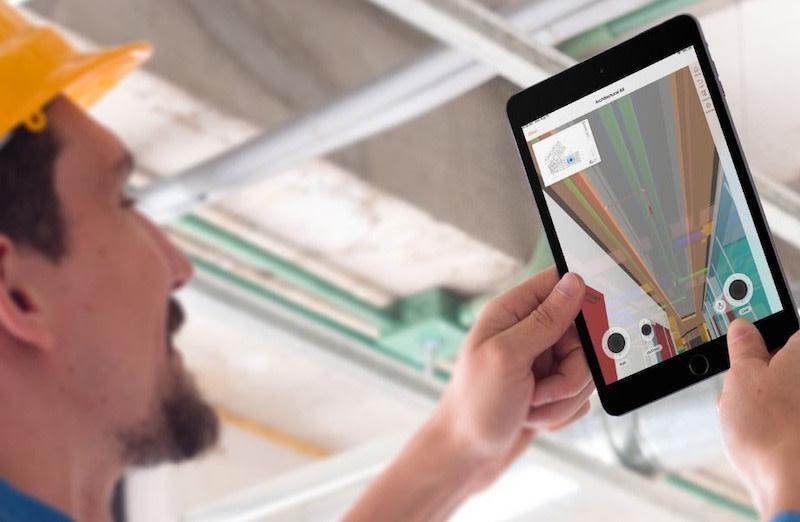 ▲ The advantages prop-tech can bring to the property sector are varied and include compliance.

“Increased uptake of digital technology, particularly in the operation of SMEs, is going to minimise operational risk, as well as boost their business resilience and success.”

Eighty-five per cent of respondents remain confident about the next 12 months, up by 43 per cent from two years ago.

“We didn’t expect to see such high levels of confidence,” Procore’s Karemacher said. “However, it does highlight how remarkably resilient and optimistic the construction industry is.”

He conceded the survey was conducted in February, before big building companies began going into administration.

“It's possible that a few months ago the industry didn’t fully appreciate that these challenges—high commodity costs, labour shortage, supply chain disruptions—would be as long lasting and impactful as they are,” he said.

Karemacher said the survey found gender diversity in the industry was an issue. While Australian construction companies have high rates of diversity and inclusion, on average, only one in five roles in construction are held by women.

Furthermore, 61 per cent of respondents saw no need to improve that.