Master Builders has confirmed that timber from Russia and neighbouring Belarus accounts for a portion of Australia’s overall lumber imports with the local industry relying on laminated beams used as structural supports in new home construction from that region.

Last year, Australia imported $80-million worth of wood products from Russia and $2.6 million from the Ukraine. Most of the imports related to builders’ wooden posts and beams—structural elements of housing construction.

One Ukrainian firm known in the Australian sector is the family-owned and operated company Heluz, which has been operating in Kyiv manufacturing bricks, lintels, chimneys and ceiling systems since 1876.

Sanctions are adding to the war’s disruption to actual supply. Wesfarmers-owned retailer Bunnings ordered suppliers to stop buying “conflict timber” from Russia in March, adding its influence to global sanctions. This is in line with the company’s timber policy.

At the time, Bunnings warned of a shortage of supply on top of existing constraints, particularly of composite laminated veneer lumber, in the coming months.

Increasing costs in building materials are weighing heavily on builders.

The war is directly responsible for timber shortages, with 60 per cent of the world’s supply of engineered wood product known as LVL (laminated veneer lumber) coming from the Ukraine, First Place Building Company’s Mark Vujovich says.

“Right off the bat, as soon as the conflict started in Ukraine, it was like everything stopped,” he says.

“We copped a 35 per cent increase in costs pretty much on day one. We are hearing forecasts of that increasing by another 20 or 25 per cent”. ▲ Australia imported $80-million worth of wood products from Russia and $2.6 million from the Ukraine in 2021.

Official figures show that the cost of building a new home rose by 20 per cent in 2021 due to material shortages, including timber, disrupted supply chains and demand for skilled tradespeople.

But it seems certain that is only the start, with costs set to rise further due to a 35 per cent tariff increase on imports from Russia imposed by the federal government.

Builders have been pushed to the wall, some saying that if the situation doesn’t change, they would have to consider leaving the industry.

It doesn’t look likely that the construction industry will be out of the woods any time soon.

The Reserve Bank of Australia has confirmed that the war has resulted in sharp increases in the prices of oil and gas, base metals and many agricultural commodities. These shocks to global prices will ultimately flow through, adding to inflationary pressure in Australia.

▲ Bunnings is among firms to apply sanctions to Russian-sourced timber in the wake of the invasion.

Ukraine is a crucial element of the global economy, holding the fifth-largest iron reserves after Australia and is one of the largest exporters of iron.

As such, a range of countries outside Europe—including Australia—are closely linked to the Ukraine and Russia in the construction sector.

According to Moody’s Investor Service, the war is impacting companies across the Asia Pacific, adding to existing challenges from supply chain disruption and the pandemic.

Its baseline scenario of the Russia-Ukraine crisis assumes that commodity shocks, higher inflation and interest rates will result in lower global growth through 2023. Even if ceasefires are negotiated, sanctions on Russia will remain in place through next year at least.

The analysis suggests that about a quarter of nearly 4000 rated non-financial companies worldwide would face significant stress under Moody’s downside scenario for Russia’s invasion of the Ukraine.

The crisis would put more companies under stress. The most exposed sectors would be those that depend on consumer spending, or rely on delicate global supply chains, according to Moody’s analysis.

This view is shared by CreditSource, which says that the war in Ukraine has only worsened conditions for a construction industry already operating on low margins.

Chief executive Shavantha Mallawa warned that suppliers and subcontractors need to have a good understanding of the financial position of the construction companies they deal with.

“Our analysis of financials of both large and small construction companies show profitability coming under enormous and unsustainable pressure,” he said..

“Companies with strong balance sheets and liquidity will survive the current crisis, but many others will be compelled to close shop.”

Meanwhile, there will be a boost to construction as supplies become more plentiful, Deloitte Access Economics Outlook confirms. 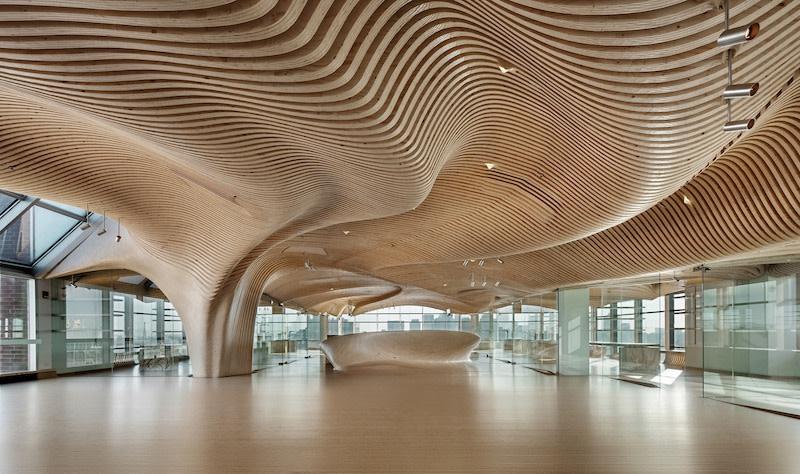 ▲ The region is the main supplier of laminated veneer lumber (LVL) for the Australian market, among others.

But Deloitte warns that there are risks, including higher borrowing costs for businesses, particularly those already in debt. The end of pandemic-driven tax breaks and uncertainty around global geopolitical instability only add to the industry’s woes, Deloitte predicts.

No relief in sight

Australia is reliant on imported timber products, which is predicted to double by 2050, a report by Forest & Wood Products Australia released in April found.

Demand for new housing will rise from the current 183,000 new homes per year to 259,000 by 2050, fuelling an increase of almost 50 per cent in demand for timber, according to the Australian Forest Products Association (AFPA).

As such, Australia has been unable to source around 20 per cent of its housing requirements needed from imports.

“The critical timber shortages of the past two years have exposed Australia’s over-reliance on timber imports, which have become more expensive and difficult to source, driving up building costs and significantly delaying construction,” AFPA chief executive Ross Hampton says.

The global push for more fibre to transform building systems, the pivot away from plastics toward sustainable biofuels and a push to halt deforestation internationally will only make gaining timber imports more challenging, he says.

Regardless, the war in the Ukraine has added another level of heartache for the construction sector in this country. And with no clear end in sight, how it will cope is a question only time can answer.