Australia’s record volume of new homes under way as well as approved or sold but yet to start means there will be no sudden slowdown in building activity at least for 12 months despite rising interest rates.

Except, that is, if the Reserve Bank “overshoots” future interest rate increases.

According to the latest Housing Industry Association national outlook report, in previous rate rising cycles the first increase in the cash rate had led to slowdowns in building starts within six months.

But the peak body predicts that in the prevailing super-charged cycle the lag will be “significantly longer”.

“Typically, we would see a rate rise lead to a reduction in new starts six to 12 months later but in this cycle, it’s going to take a lot longer to flow through,” HIA chief economist Tim Reardon told The Urban Developer.

Data showed there were 75.7 per cent more detached homes under construction at the end of 2021 than pre-Covid, and there were also more homes approved and waiting commencement than in any previous cycle.

“We’ve seen exceptionally strong sales of new homes all the way through to the first rate rise … and that elevated volume of homes in the pipeline will ensure the industry remains at capacity through to at least the middle of next year,” Reardon said.

“Then, we will see the adverse impact of rising rates on the industry and the wider economy.

“But presuming the rate increases will be moderate, we don’t anticipate it will be a dramatic decline.

“The concern, however, is—just as it did in 2010, causing home building activity to slow too quickly—there is a risk of the Reserve Bank overshooting the interest rate increases.

“With the record volume of work in the pipeline and that long lag, it could be very easily misinterpreted as rising rates not absorbing the capacity of the market … [because] the impact of those rising rates on new home starts won’t be able to be observed as quickly as in previous cycles.”

Reardon said if the RBA did overshoot rate increases, not only would home building activity slow dramatically, it would worsen the shortage of rental accommodation and see a sudden reduction in overall activity across the wider economy.

"It just all depends on how quickly rates rise," he said.

Also, he highlighted that the acute rental shortage had led to strengthening demand for apartments that would drive further activity, offsetting much of the impact of any future "moderate" interest rate hikes. 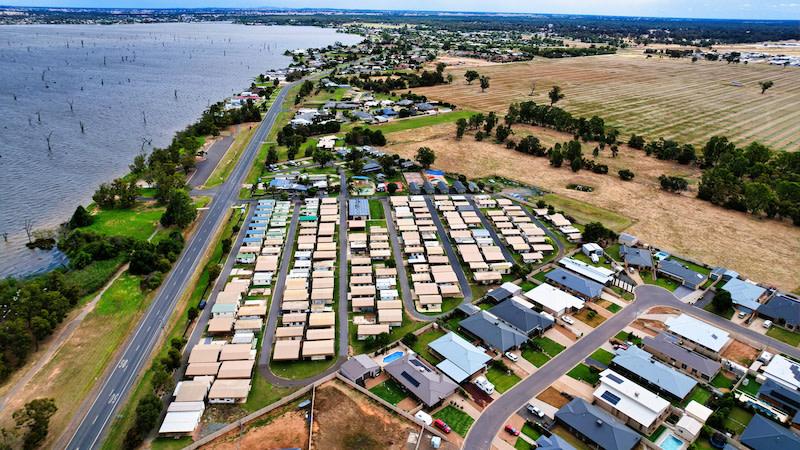 ▲ Concerns have been voiced that the RBA overshooting rate rises could spark a sudden reduction in overall activity across the wider economy.

“A further deterioration in affordability will see demand switch in favour of multi-units and there are early signs that migration is returning.

“These factors will drive additional demand for multi-units and more than offset the adverse impact of rising interest rates on this sector of the housing market.”

But Reardon warned that with the level of detached home construction remaining high until at least June 2023, and the volume of multi-unit commencements increasing, the shortage of building materials and labour would continue to be "the main pinch point for the industry".

“This strong ongoing demand has occurred at the same time as significant constraints on materials, land and labour, leading to rapid increases in the cost of construction,” he said.

“The boom in demand for new homes can be observed across many developed economies as households seek additional space, given all the extra time they have spent at home.

“The ABS estimates that the cost of home building materials, not including the cost of labour, increased by 15.4 per cent in the year to March 2022.

“On the ground, the increases are higher still. This is the fastest annual increase in the official estimate of home building materials since 1980 and they are still rising.”