Charter Hall has kicked off 2021 with one the biggest office-leasing deals of the year, signing federal government agency Services Australia to its new $450 million office tower in Adelaide’s CBD.

As part of its new 10-year lease agreement at 60 King William Street, Services Australia will take 28,500sq m across 10 of the building’s 14 floors.

Services Australia, formerly the Department of Human Services, will relocate more than 2,200 staff from four locations to the building upon its completion in 2023.

It takes the new 40,000sq m building’s committed commercial net lettable area to over 70 per cent, with the only available space left on the top three sky-rise floors, enough space for Charter Hall begin work on the tower.

The former Sands and McDougall building gained a state heritage listing status during the pre-lodgement process and will be incorporated into the podium of the building.

“The strong investor interest in the asset highlights the demand for quality assets with long leases and blue chip tenant covenants.

“Post Covid we continue to see demand for assets that offer state of the art workplace and technology,” Hourigan said. 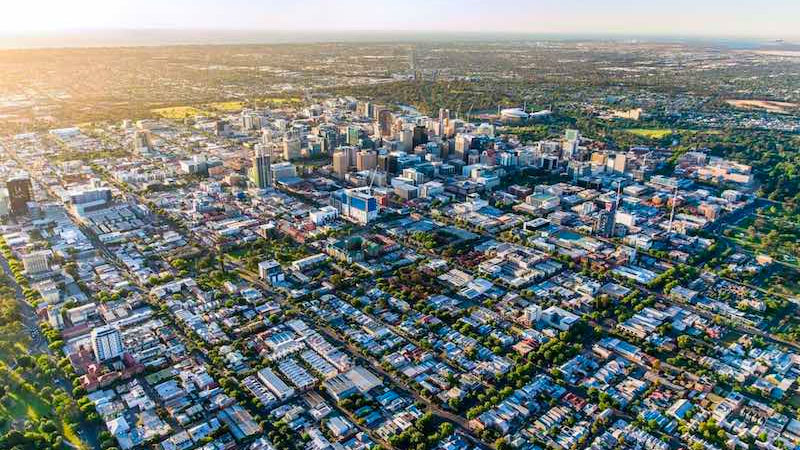 ▲ The 60 King William Street development is on track to become one of the largest commercial real estate project in Adelaide’s CBD.

The project, between Rundle Mall and Grenfell Street, will increase Charter Hall’s total investment in South Australia to more than $2 billion.

It will be held across a partnership including Charter Hall Prime Office Fund, the Direct PFA Fund and through an institutional mandate with super fund investor VFMC.

Senator for South Australia and federal Finance Minister Simon Birmingham seized on news of the pre-commitment as a welcome shot in the arm for Adelaide’s CBD economy.

“This iconic new development teamed with the long-term commitment by Services Australia couldn’t come at a more important time for our state.

“Charter Hall’s development is going to be jobs bonanza for South Australia—it won’t only create around 1,500 jobs during the construction phase but will also support thousands of jobs in the CBD after its completion,” Birmingham said.

The ASX-listed developer holds a longstanding interest in South Australia, with a diversified portfolio of commercial office space, government and education facilities, retail, social infrastructure and logistics properties located throughout the state.

“We were very proud to officially open the $260 million GPO Exchange development in Adelaide’s CBD in October 2019, and we maintain a positive outlook for the state,” Charter Hall managing director David Harrison said.

“Building on this success, and in a major vote of confidence for the future of South Australia, 60 King William Street will be our largest commercial investment in Adelaide to date.”

The developer returned to Adelaide's CBD market late last year, snapping up 60 Wakefield Street and 21 Divett Place, for $51 million. Both buildings are currently leased to the state government.