Covid-19 has opened a window for buyers in well-serviced, well-located suburbs that 12 months ago would have been out of reach, national property research consultancy Macroplan says.

Buoyed by cheap debt, buyers are increasingly shunning dense urban centres and “liveable” suburbs, instead eyeing “affordable” areas where they can live at a safe distance from their neighbours and embrace flexible work arrangements permanently.

For many workers, not having to commute to work every day has meant homebuyers are now looking at suburbs a few kilometres further afield from the CBD than they would have ordinarily considered.

Recent reports have suggested that house prices will continue to fall during the next year or so as government stimulus tapers off and unemployment potentially rises, in turn further deteriorating household incomes, improving affordability for buyers. 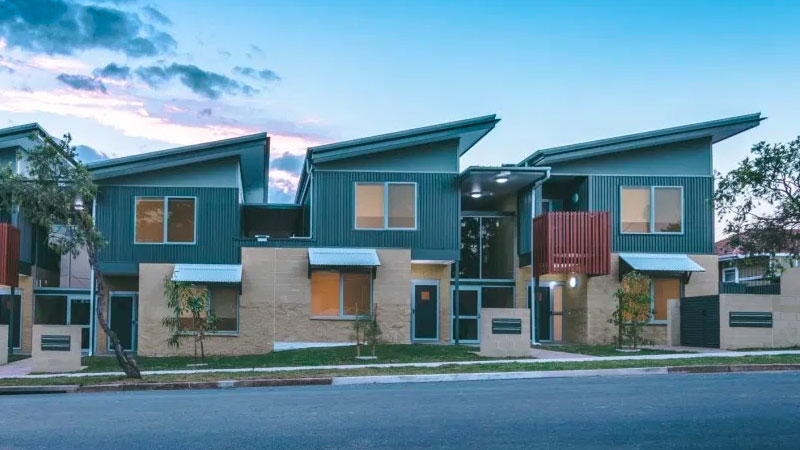 ▲ A recent global survey of 10,000 office workers conducted by CBRE found that 85 per cent of respondents would prefer to work remotely two or three days a week in the future.

“In Brisbane and Perth it will be due to ongoing increasing mining investment while in Adelaide it will be caused by the naval shipbuilding program,” Haratsis said.

“In Melbourne and Sydney it will be caused by flight from the CBD and the suburbanisation of jobs.”

According to Corelogic’s September home value index, property values fell 0.9 per cent in Melbourne and 0.3 per cent in Sydney, but rose 0.8 per cent in Adelaide, 0.5 per cent in Brisbane, 0.2 per cent in Perth and Canberra, and climbed 1.6 per cent in Darwin

Aspiring purchasers have flocked back to the market in recent months, with the value of all housing-related lending surging by a massive 12.6 per cent in August, in search of accessible pricing.

Haratsis said August dwelling approval results revealed increasing demand for detached housing in the wake of the relaxation of restrictions in most states and territories, however, approvals for apartments remain weak—at near eight-year lows.

“These approval numbers mask the impact of first home buyers in the marketplace,” Haratsis said.

“In August, they reached 37 per cent of all owner-occupier dwellings and have driven lending indicators to new highs without the influence of investors.”

Topping the list was Broken Hill in NSW, where the median value of houses has increased by 30.7 per cent over the past 12 months to $120,000.

In Victoria, the historic town of Orbost in East Gippsland’s Snowy River country saw values surge 25.6 per cent to a median $200,500 across the year.

In Queensland the standout performer was the coal mining town of Moranbah, where the median value of houses has lifted 23.9 per cent to $238,000, riding the cyclical nature of the resources industry.

Corelogic defined affordable suburbs as having a median price of less than $500,000, ranking them according to capital growth over the past 12 months.

To make the list, suburbs also had to show good historical growth over three- and five-year periods.