A community group has successfully kiboshed plans for a $300-million apartment tower in South Brisbane, filing an appeal against its approval in the Planning and Environment Court.

Its developer, Brisbane’s Aria Property Group, is now pursuing a healthcare scheme in its place. Aria won approval for a significantly scaled-back apartment tower, reducing its original plans from 32-storeys to 20, in November.

Aria development manager Michael Hurley said that the project was no longer feasible.

“Circumstances have conspired against us. Objections to the scheme, coupled with an overheated construction market have rendered the project unfeasible.”

“And build costs have gone up 30 per cent in less than nine months.

“There’s so many factors at play, if we’re sitting in the planning court for six, nine or 12 months, the builder won’t hold that price.” 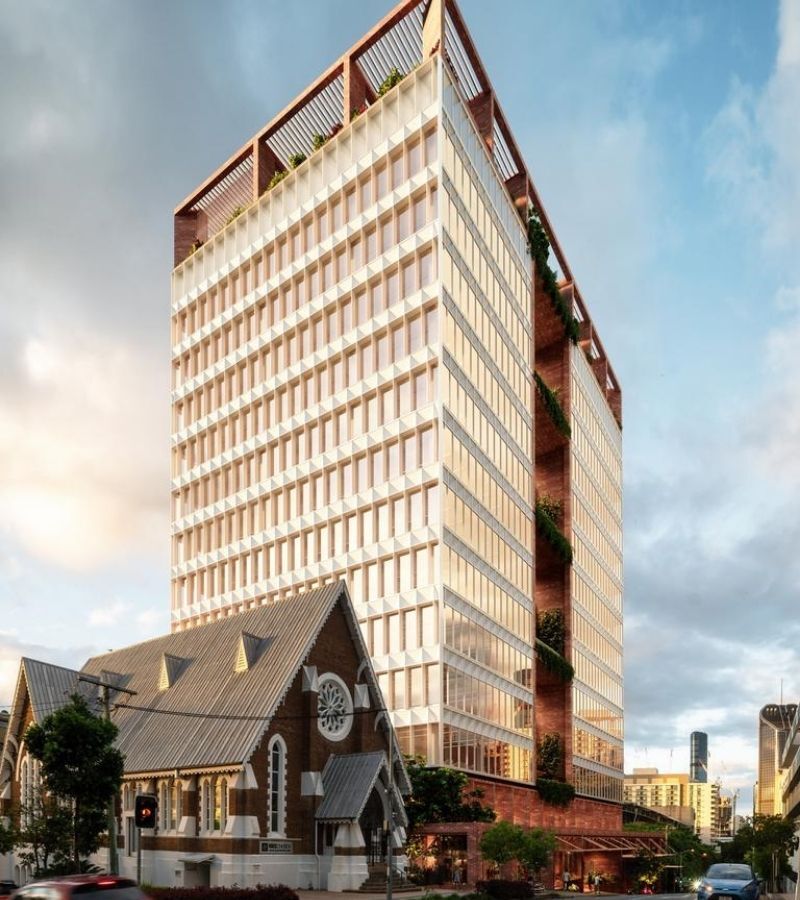 ▲ After scaling back its original 32-storey scheme, Aria’s approval for a 20-storey apartment tower on Glenelg Street has been appealed by a West End community group.

“We’ve lodged the medical DA, we’re preparing marketing packs, talking to tenants and we’ve set ourselves internal targets. If we get a certain number of precommitments we’ll progress the commercial project.”

Aria lodged plans for the 2400sq m site on Monday with the Brisbane City Council. The documents outline a medical building with 15,642sq m of NLA and 326 carparks across five basement levels. The healthcare scheme, unlike the residential tower, is code compliant at 12-storeys.

“The site is great, it’s over the top of Southbank, close to all the major roads and the biggest hospital precinct in the southern hemisphere,” Zaicek said.

“Basically we’re out talking to everyone. It’s a lot of NLA, it brings into play everything from private hospitals to smaller medical tenants. There’s a lot of requirements around the 2000 to 3000sq m mark.”

Whether the developer will retain the asset is not yet up for discussion, but given the institutional appetite for the fast-growing sector, and cap rates sitting around 4.5 per cent, it has caught Ziacek’s interest.

“It’s a strong proposition. With our balance sheet and our track record of delivery, we can compete hard in this space.”

If the scheme progresses, Aria will follow in the footsteps of private Brisbane developer Silverstone, which has offloaded purpose-built healthcare developments to Charter Hall and Dexus.