[+] Aim for the Stars: Developers Pivot to Meet Construction Code

Changes to the thermal performance requirements for buildings in the new National Construction Code 2022 might have caused consternation in some circles, but the industry says it is ready to meet them with ease.

Among other new provisions, the code will require that new residences (Class 1 buildings, Class 2 sole-occupancy, and Class 4 parts of buildings) are built to a 7-star NatHERS rating, upgraded from a 6-star standard.

Design and construction practitioners, and developers, say that the costs of the new thermal performance standards should be negligible, as long as residences are oriented north to maximise sunlight. However, volume builders must modify their business model to reduce costs.

Frasers Property general manager of delivery and operations Nicholle Sparkes told The Urban Developer that there were many volume builders still doing things the way that they had always done them.

“They will find it more and more difficult if they don’t start to think how they can weave in the new technology and requirements into the homes they’re offering to the market,” she says.

Frasers was a signatory to the industry and community push to mandate 7-star ratings, led by the Energy Efficiency Council.

“This is a big win for homeowners,” council chief executive Luke Menzel says.

“The data is in, and slightly higher upfront costs of a better performing building is more than made up for in savings on energy bills every single month.”

Research by not-for-profit Renew has previously shown that the payback time on upgrading a new build to a 7-star all-electric home with solar can be less than 4.5 years.

SJD Homes has been constructing sustainable houses for several years. The builder offers a package to upgrade a new build to a 7-star rating at a $4900 cost to homeowners.

Sales manager Rod Fitzsimmons says SJD has learnt that 7 stars is neither difficult nor expensive. However, builders with less experience or flexibility may struggle initially. 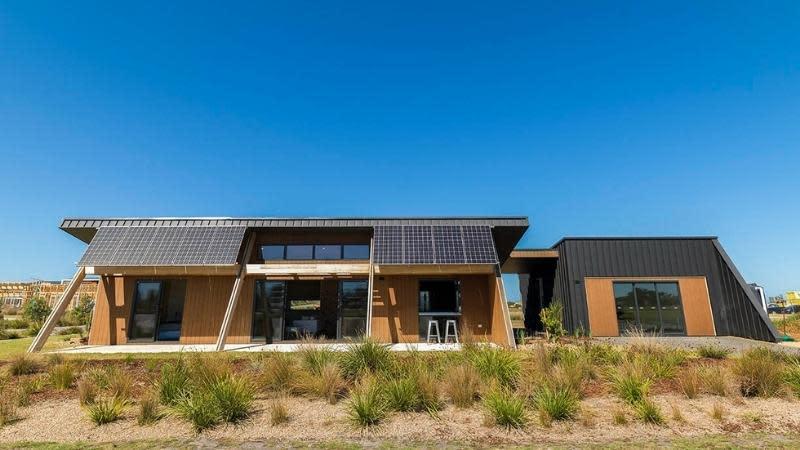 “A lot of the time, with project building companies, you have to pick a standard floor plan,” Fitzsimmons says.

“SJD is allowed to structurally modify that house if we need to, but others aren't because the pricing is such that it doesn't accommodate for changes in quantities or labour time.

“By the time we have to make all of these houses 7-star compliant, we'll hopefully have it already included in our pricing. It will still be subject to the orientation of the design that the client is requesting, and a few upgrades still may be required.

“But should they pick a design that suits their block or make the adjustments required, then we're pretty confident that just those bare minimum upgrades will be required, without having to spend extra.”

Design and technology already at standard

According to construction professionals, design and materials currently available are suitable to meet 7-star requirements in volume building.

Canberra residents Paul Nagle and Jodie Pipkorn built an 8-star rated house as a demonstration site and a residence. The design came from YourHome, a federal initiative supporting sustainable houses.

Pipkorn, an architect, says that, “basically, you can take the plan to any builder, make a few modifications to suit the block, and you're ready to go”.

“And because they've been designed really well, people can get architecturally designed homes, for free, without having to go to an architect.”

Nagle, an energy efficiency consultant and the homeowner, says that, “we found local builders have modified and used all sorts of different materials for the external cladding, and so long as the principles of orientation, suitable eaves and cross-ventilation are followed, it works”.

Construction of the house was quoted by a custom builder at $450,000 in 2019, with windows at $40,000 including installation. Because Nagle handled the project himself, the house came in under quote.

Increasing the R-value of wall and ceiling insulation is a must, as well as a tight thermal shell and light-coloured roof. 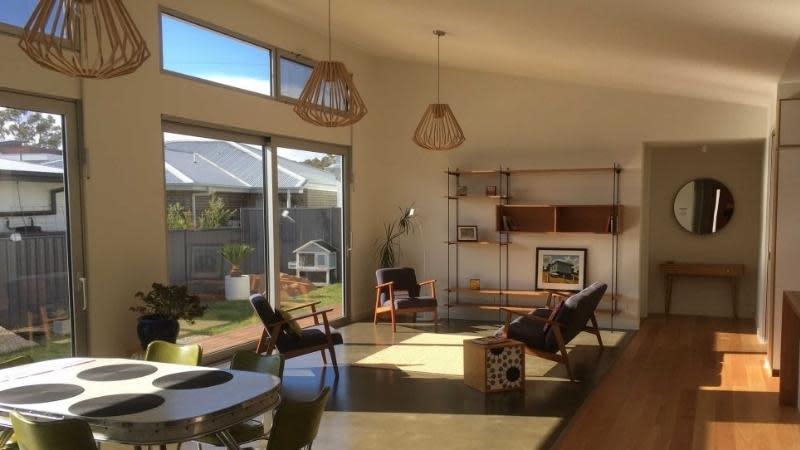 ▲ Inside Paul Nagle and Jodie Pipkorn’s 8-star rated home in the ACT.

“All the buildings could actually perform as well as our home, if there’s just a little bit of care taken in terms of the way it’s wrapped, insulated and sealed; and a bit of care in the design. There’s no major technologies or things we did in our home that would make it more difficult,” Pipkorn says.

Sparkes agrees: “Whether it’s in situ or prefab, construction at the moment should be able to deliver some really smart solutions, and achieve those new energy efficiency standards quite easily.”

However, while 7-star designs are available, builders will need to be more selective about what they offer to customers, Nagle says.

“We feel that most project home designs, throughout Australia, will end up in the bin. Probably half of their designs are very poor, and they've basically been using them since the 1980s and just throwing more insulation at them, to meet the minimum requirements.”

Commentators agreed that the orientation of the block is crucial to cost-effective thermal performance.

“People who aren’t familiar with building houses or energy efficiency, they run out and they buy a block off the developer,” Fitzsimmons says.

“And then they look at all these different display homes, they agree on one and build it, and no-one really turns around and says: ‘You know what, that asset is actually facing completely the wrong way’.”

Nagle says that developers and town planners have a role to play from the outset.

“There’s lots of ways to capture views, but there's only one way to capture sunlight, and that’s by getting your orientation right. If developers can start by looking at the orientation of their blocks, it makes it easier for the building design.” 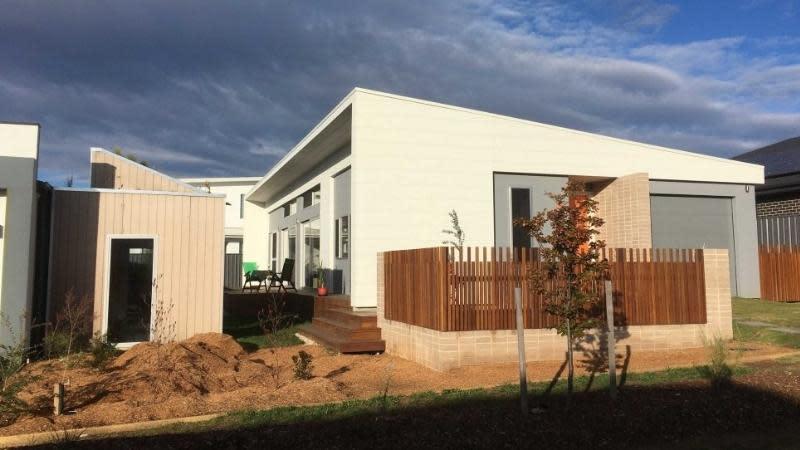 ▲ Paul Nagle and Jodie Pipkorn’s 8-star rated home: There’s no major technologies or things we did in our home that would make it more difficult.

Sparkes says that Frasers, and other responsible developers, are already considering block orientation.

“We’re obviously trying to get the best yield out of our developments, but not at the expense of our customers.

“Orientation actually cuts your costs; the correct orientation ensures that thermal comfort levels are achieved, and that you meet the efficiency requirements that you’re trying to get to.”

Rollout may be fragmented

The 2022 code will come into force in May 2023, with the 7-star mandate to follow in October 2023. However, some jurisdictions may elect not to follow that timeline

“We will be deferring consideration of the compulsory 7-star energy efficiency rating until the next iteration of the code in 2025, which will give us the time we need to ensure any changes do not negatively impact our state and the supply of new homes.”

Full commitment from all other states is yet to be finalised. The EEC’s Menzel said that while a rollout period is appropriate, a three-year wait would be too long.

“Ministers landed in a sensible place, raising the standard but opting for a 12-month phase-in that gives industry the time it needs to get ready to deliver higher performing buildings,” Menzel told The Urban Developer.

“That’s fair, but delaying any further would leave too many ordinary Australians on the hook for higher energy bills in years to come.”