Australia could soon be home to two of the world’s tallest timber towers as the appetite for carbon-negative buildings grows, despite 25 per cent timber cost escalations.

Australia has just eight of the world’s 139 timber towers—but there are some ambitious projects in the works.

Research from the Council on Tall Buildings and Urban Habitat shows there are 66 timber towers higher than eight storeys completed globally with a further 73 either proposed or under construction.

The height of timber towers has tripled in the past 10 years.

At almost 183 metres, the development, to be known as C6, would be the tallest timber building in the world, outreaching Atlassian’s approved Sydney tower by 3 metres. 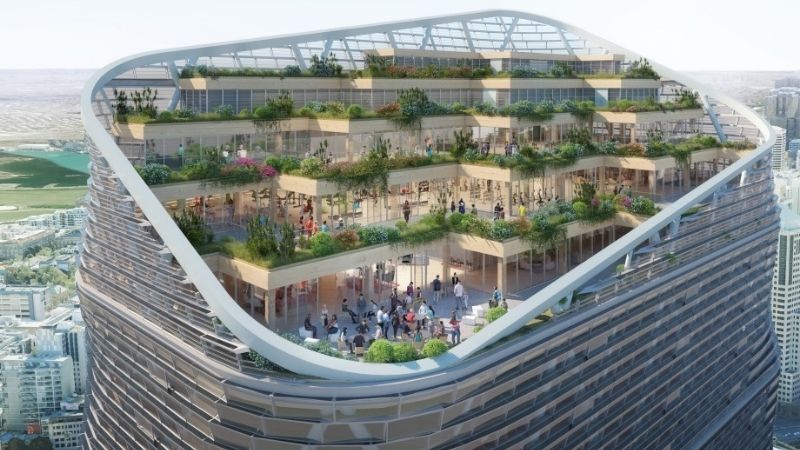 But the appetite for timber towers is constrained as timber shortages continue to hamper the construction industry and prices have escalated 25 per cent in the past two years in Australia.

While 2018 was when construction of timber towers peaked globally, 2022 is shaping up as one of the biggest years for steel-timber hybrid building developments.

But it’s not just the design aesthetic that is appealing to developers. In the race to net zero, timber towers offer huge carbon savings.

Grange Development managing director James Dibble said that the rapidly shifting climate was the main driver behind the carbon-negative building proposed for Perth. 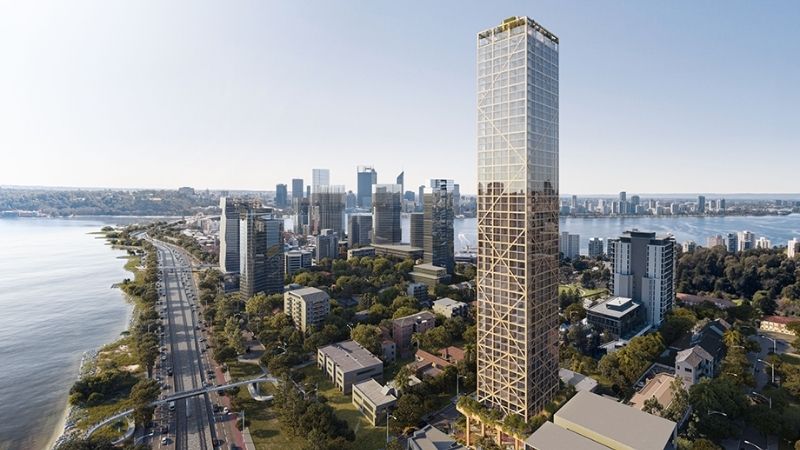 “The built environment is one of the three major drivers of catastrophic climate change, alongside transport and agriculture,” Dibble said.

“Timber as a building material has been around for centuries, but only recently has mass timber construction and fabrication methods made it a viable option en masse.

“[The proposal] represents the future of what is possible, except we will deliver it now.”

Embodied carbon accounts for around 20 to 25 per cent of a typical building’s total carbon footprint over its lifetime, according to the Green Building Council of Australia. 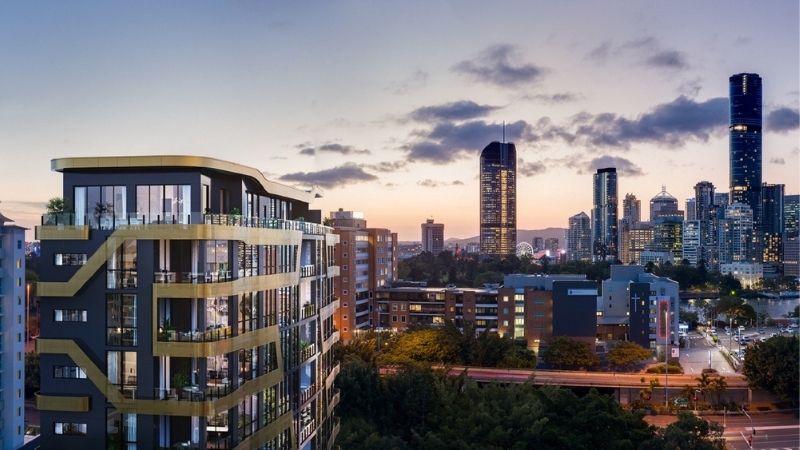 But embodied emissions are hard to eliminate because some of our most common building materials—notably concrete and steel—require process heat and chemical reactions that can’t be easily decarbonised. The development industry is turning to alternative materials, like mass timber, to reduce the amount of concrete and steel in buildings.

Timber towers in Australia include 25 King Street and Monterey in Brisbane; The Gardens Macarthur and Aveo Bella Vista in Sydney; Geelong’s Ngytan Koriavo; and Wellington, Forte and 55 South Bank in Melbourne.

Australia is reliant on imported timber products, which is predicted to double by 2050, a report by Forest & Wood Products Australia released in April found.

Demand for new housing will rise from the current 183,000 new homes per year to 259,000 by 2050, fuelling an increase of almost 50 per cent in demand for timber, according to the Australian Forest Products Association.