Place Management NSW, which owns and runs much of Sydney’s history, has won approval to build a three-storey commercial and entertainment centre in a street full of heritage-listed buildings in the city’s 230-year-old Rocks area.

Sydney City Council has approved an application to demolish a former bank building from the 1980s wedged between two sandstone structures, built about 140 years earlier.

Under the plan, the former Westpac Bank building will be replaced with a contemporary three-storey building above one basement level, designed by Smart Design Studio. A huge spiral steel staircase will lead to a rooftop terrace with a retractable awning.

There are no plans for a fit-out and the precise use of the building is still to be determined, but the council has approved the development “for future commercial or retail purposes and-or food and drink premises.”

Individual tenants will have to lodge further applications before fit-outs are approved.

The $7.4-million development is planned for the corner of George and Atherden streets in The Rocks, which includes three adjoining street addresses, all within The Rocks Conservation Area.

Two of them house listed heritage items on the NSW Heritage Register. 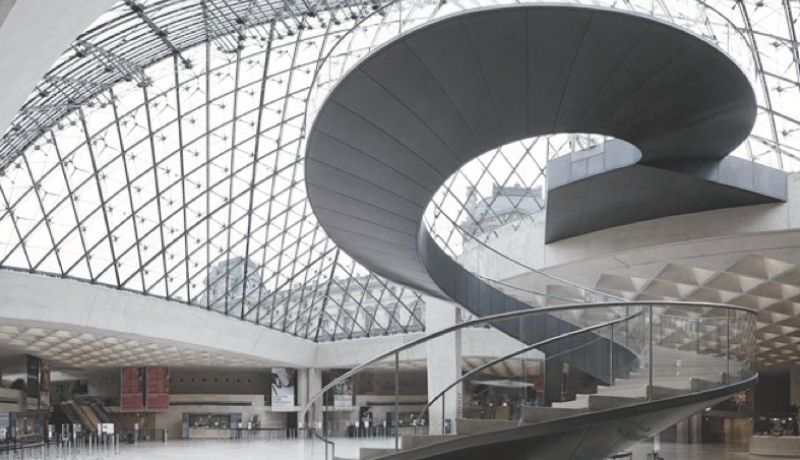 ▲ The building, by Smart Design Studio, will feature a huge spiral staircase leading to a rooftop terrace with a retractable awning.

Merchant’s House, built of sandstone in 1848, is a former residence, museum, office and boarding house.

The Union Bond Store at 47 George Street, also of sandstone and built between 1841 and 1843, was at various stages home to a police sergeant, bonded storage for goods cleared by Customs House at nearby Circular Quay, a warehouse for cork, a bottling plant and bulk storage for wine.

Urbis, who prepared the heritage impact study on behalf of Place Management, told the council all vicinity heritage items would be wholly retained and there would be no excavation beneath the historic buildings.

However, under the design, architects are proposing new openings for the western wall of the heritage warehouse, allowing access on all levels from within the new building, in Atherden Street. 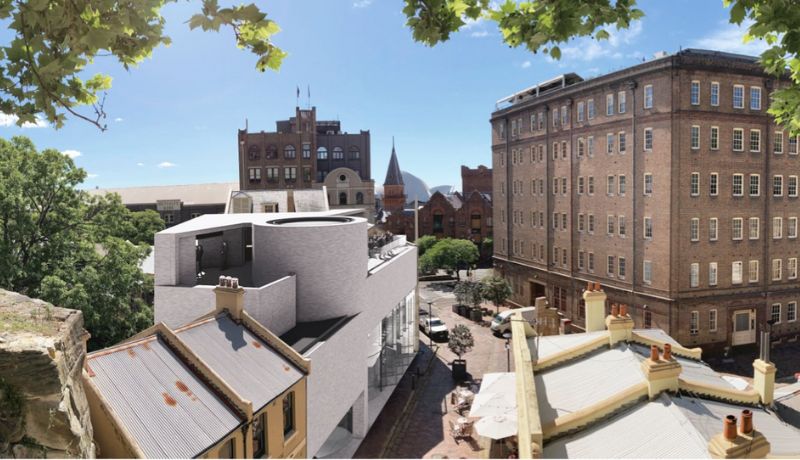 ▲ The new development will replace a two-level masonry building from 1988.

“The majority of sandstone that will be removed to create the new openings will be reused on site to block in existing openings which are proposed to be modified and reduced for consistency,” the study said.

Urbis said the application had been prepared in close consultation with Place Management NSW’s heritage team over 18 months to ensure the significance of the heritage buildings and others in the vicinity were appropriately managed.

“The proposal is replacing a late twentieth century anachronistic infill building with a new infill building of design excellence and superior quality and amenity,” the study said.

“The proposed building has been carefully designed to complement the strong historical and masonry character of the area and contributes positively to the aesthetics of The Rocks while allowing for a highly contemporary insertion that enhances the character of the area.”

The Union Bond Store was added to the NSW Heritage Register in 2002 as “a rare example of a single bay warehouse in remarkable condition from this period.”

The Victorian Regency-style warehouse was designed by the notable architect John Bibb, and considered one of the few remaining examples of his early work.

It’s longest tenant—from 1875 for nearly 50 years —was a pharmaceutical company producing Row’s Embrocation, a liniment originally intended for horses and cattle but later promoted as a cure for gout, rheumatism, burns, scalds and “old sores of 30 years standing.”