The battle over the $110 million Ryde Civic Centre demolition and redevelopment is over with the City of Ryde mayor firing final shots at private developers.

The state government lifted a stop work order and now council can demolish the existing 1964 building an “icon of post war modernism” to build a seven-storey commercial building and 700-seat performance hall.

City of Ryde mayor Jerome Laxale said the project will be delivered with the overwhelming support of our community and without the introduction of any residential development on the site.

“We will now redouble our efforts to build a modern, state-of-the-art facility which will deliver a four-fold increase in community facilities.”

The commercial building will house council staff as well as external tenants. 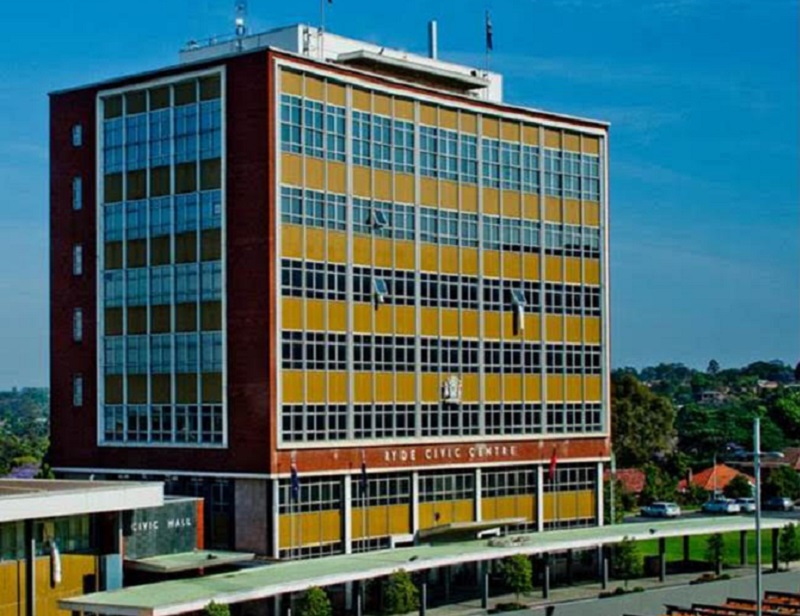 ▲ The original Ryde Civic Centre opened in 1964 would have cost $16.2 million to refurbish and the project also divided members of City of Ryde council.

A 40-day interim heritage protection order was placed on the building at the beginning of March but was overturned by the NSW government enabling demolition to begin on the site.

Urban Taskforce chief executive Tom Forrest said they have no interest in the site and simply wanted council to be subject to the same rules as everyone else.

“Council has won the day by running the building into the ground. That is disappointing,” Forrest said.

“If a developer did this we would be held to account.

“While the heritage register is full of buildings, fountains, and power sub stations in the city of Ryde, of far lesser cultural and architectural heritage significance, somehow Ryde Council has let this building slip through.”

The centrepiece of the new development will be a new multipurpose cultural building called the Edna Wilde Performance Hall.