Cranes have returned to Australian city skylines in record numbers, with Sydney accounting for more than 40 per cent of them.

In its 21st index of construction cranes, leading global quantity surveyor Rider Levett Bucknall (RLB) said 300 cranes were added to Australia’s development sites in the third quarter of 2022, while just 245 were removed.

That additional 55 cranes brought to 868 the number of cranes in operation nationally—the biggest number since RLB began measuring data 10 years ago.

The number of non-residential cranes rose to 333, or 38 per cent of all cranes across Australia.

The Gold Coast and Sunshine Coast all recorded record crane numbers, but it was Australia’s most populous city with 380 cranes, up from 348 the previous quarter, which led the way.

The 9 per cent increase brought the Sydney figure to the highest number of cranes seen since the peak of 341 in the third quarter of 2017. 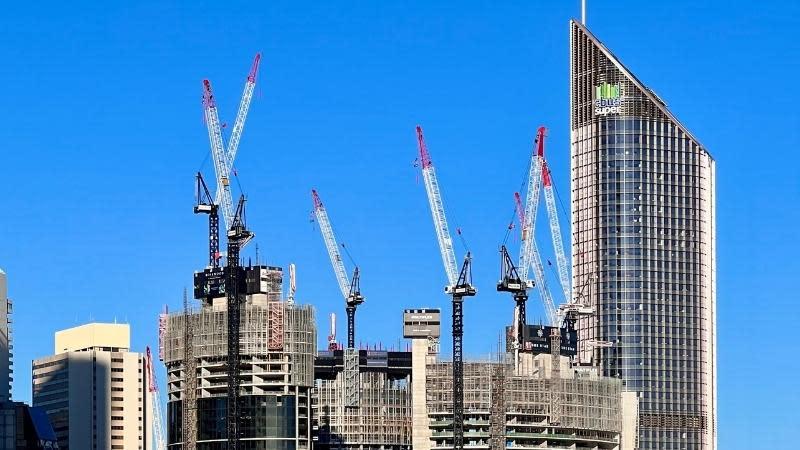 ▲ Cranes over the Queens Wharf project in Brisbane.

However, the so-called churn rate of cranes around Australia continued to fall to 28 per cent indicating that cranes are remaining on site longer.

“Whilst this strong number shows the continuing resilience of our industry, projects are also being delayed due to increases in inclement weather events, shortages of materials, and lack of skilled labour.”