No longer are they just blocks of units or apartment high-rises—they are “collections” of residences.

And while there has always been crossover between the two design disciplines, the lines between the fickle rag trade and the more enduring realm of real estate development have become increasingly blurred.

Sophisticated, tailored, elegant, cutting-edge, timeless, contemporary, in vogue and myriad other haute couture superlatives now, more than ever, fit seamlessly into the lexicon of luxury property.

“Fashion still very much influences what I do,” says the founder and director of Sydney-based Dare Property Group.

“I create moodboards because each project has got to be unique. 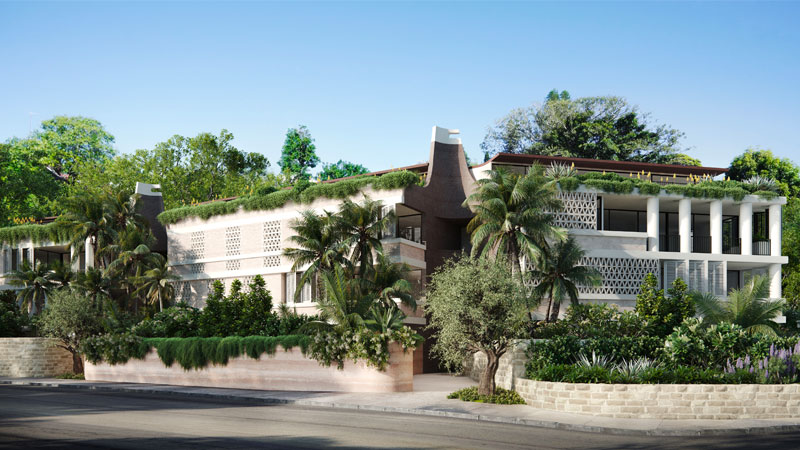 Moodboards are a collage of inspirational images, objects and materials commonly used as part of the design process in the fashion industry.

Avidan made the move into property development after 25 years as one of Australia’s most successful fashionistas who built a rag trade empire that included top fashion brands such as Charlie Brown, Howard Showers and Hollywood Fashion Tape.

“The rag trade was so much fun,” he says. “But I came to realise the world of fashion was flat—you either have to be global or you don’t exist—and relying on a domestic market alone no longer was sustainable.

“If you’re a little guy trying to take on the world, you’re not going to have the resources of a Zara or H&M and so I knew I just had to get out of the business.

“Sure, you’ve got to be tough to be in the property game, too. It’s not for the faint-hearted but fashion is definitely tougher, no doubt.

“In fashion, 90 days—if not 45 days sometimes—after you drop your goods into store you’ve got to start discounting the surplus.

“Markdowns and discounting are the killer of fashion.

“You don’t have that in the property game. If you build a great product in a great spot and your price is right, you’re not competing with everybody else who wants to knock you off or undercut you or whatever.” 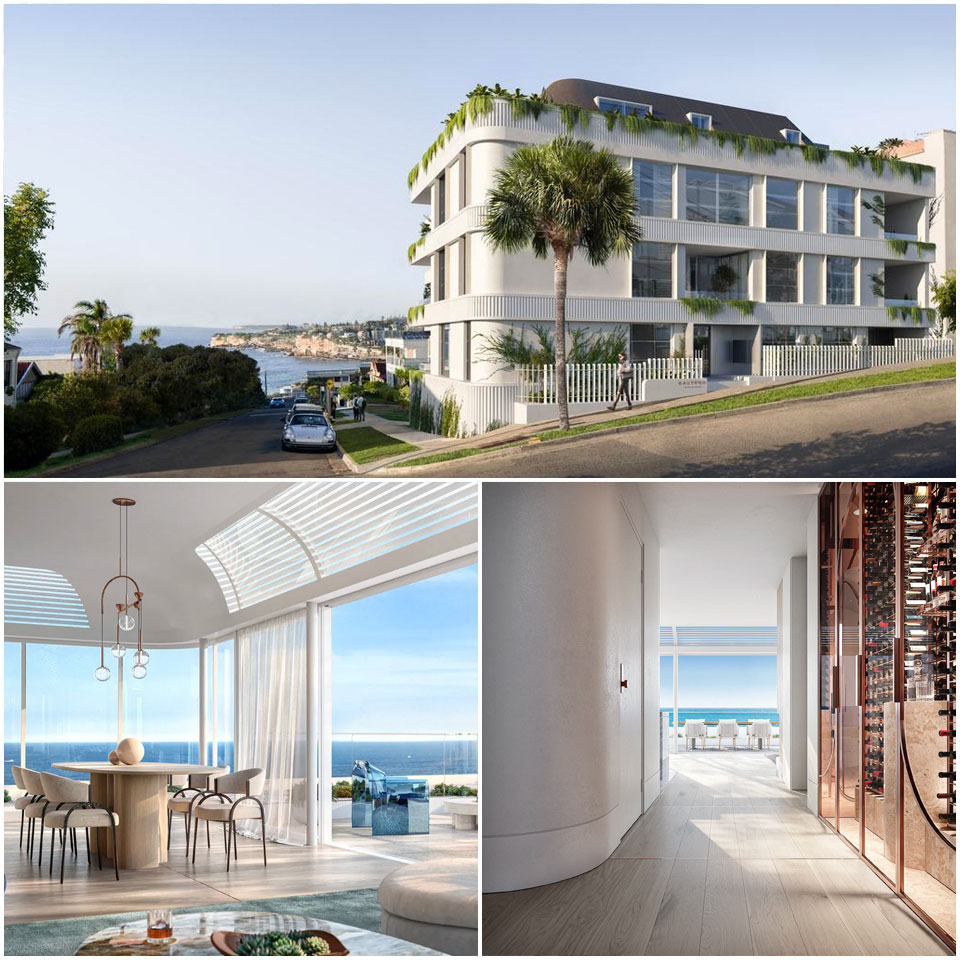 Among a new vanguard of high-end property developers, Avidan has used his canny business acumen and eye for design to carve out a niche in the Sydney and Melbourne markets.

Only eight years ago, he made his first post-fashionista development play with The Carlton—a 15-apartment project in the affluent Sydney suburb of Vaucluse.

“It was very simple by comparison to what I do today,” he says. “I didn’t know how it all worked.

But property was a perfect fit and it did not take long for the former rag trader to learn how it all worked and lay the foundations for his high-end property development brand.

Under the Dare Property Group banner, his designer bricks-and-mortar collections now draw buyers from the wealthy ranks of high-profile corporates and ultra-high net worth individuals.

Earlier this year, the penthouse in Dare’s luxury Kalypso project overlooking Sydney’s Tamarama Beach sold for $17 million, equating to $96,500 per sq m—a record for the exclusive enclave between Bondi and Bronte.

A sub-penthouse in the same development, built on the site of a former backpacker hostel, was snapped up for $8.5 million.

Another high-end residential project, Fontaine Villas, is earmarked for the harbourside Vaucluse village.

In Melbourne, Dare is nearing completion of its six-level Zero Gipps biophilic office building at 50 Gipps Street, Collingwood, and it also has a boutique hotel development proposal at Fitzroy in the planning stages.

Avidan says the company’s development pipeline across six sites has an end value of close to $400 million and he is circling more properties in both Sydney and Melbourne as well as a possible regional play.

“We’re not in the volume business, we're in the quality business. We don’t want to build 100 or 500 apartments.

“I created a lot of brands in my time in fashion and that’s why I’m very fussy about the quality and sticking to the brand and the integrity of the brand.

“That also means not building in certain areas because it’s not befitting for the brand. I understand brand equity and I follow that philosophy as I did in fashion.” 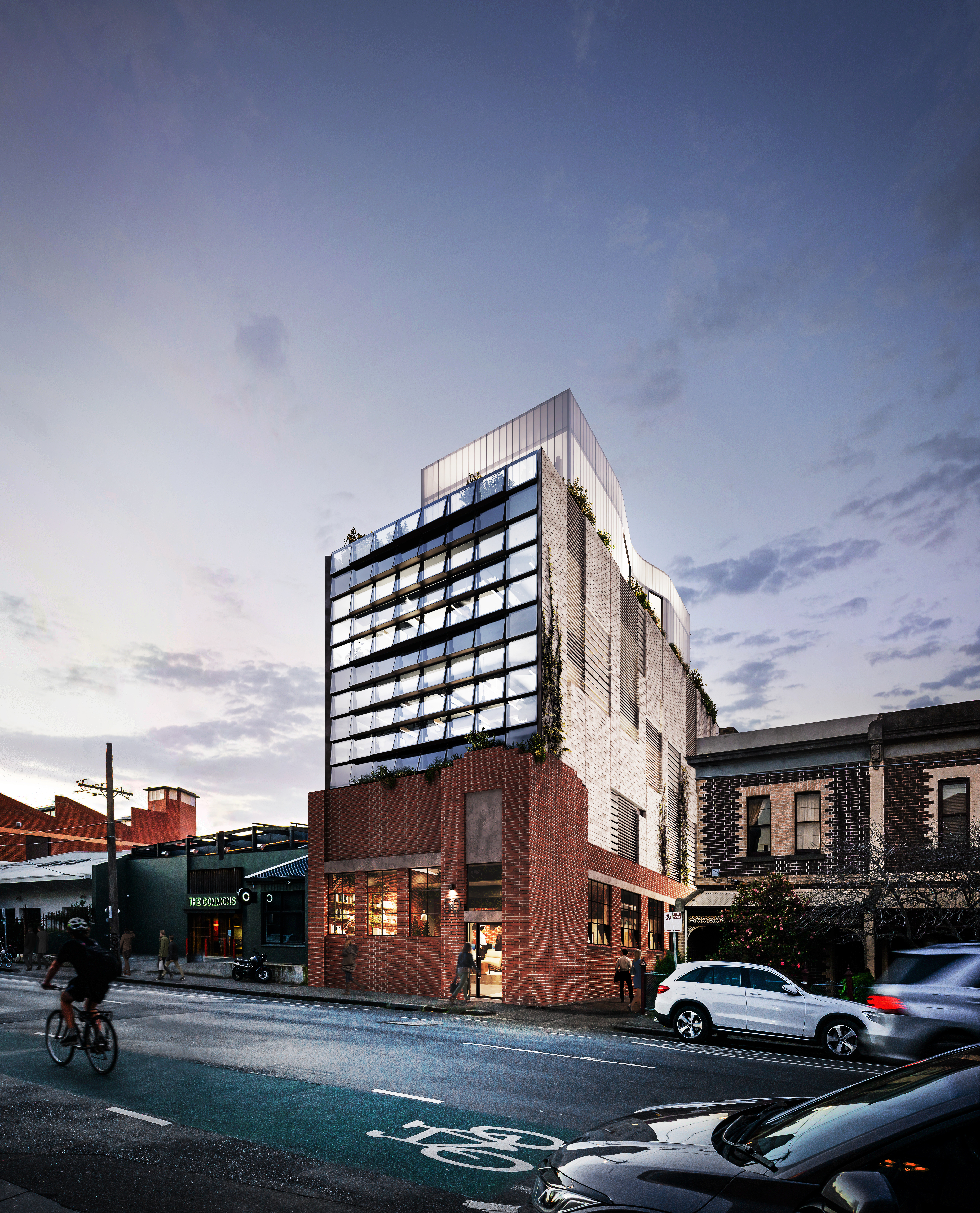 ▲ Zero Gipps will offer a total of 2,000sq m of office space across six levels, with spaces ranging from 107sq m up to 447 square metres.

Born in Israel, Avidan was a non-English speaking high school boy when his parents decided to move the family to Australia, where—in a twist of fate—his uncle Thomas Gluck had begun dabbling in some property development with a young Harry Triguboff, now dubbed “High-rise Harry” and one of the country’s richest businessmen.

“They did their first building together, a block of units in Sydney’s inner-west.

“Originally, I thought this could be great. I might join my uncle, work for him and learn the property game.

“Then he moved to the US and I went to university where I had the distraction of fashion, which was just an income but I got to really like it.”

Avidan paid his way through a law degree at University of Sydney working as a commissioned agent for fashion manufacturers, selling clothing to small retailers.

After graduating, he jumped into a legal career working as a commercial lawyer on mergers and acquisitions but only lasted a year before deciding “it wasn’t colourful enough, it wasn’t fun enough” and started his own fashion business.

“I would go with a collection from town to town, suburb to suburb … I did very well, I managed to go overseas every year, I had a pad in Bondi and an Alfa Romeo. I had a great life earning and partying.”

But he says it got even better when he started dating and eventually married fashion designer Charlie Brown.

Together, they travelled the world and took the business into the upper echelon of the fashion industry with a range of high-end brands.

“I taught her business, she taught me style,” Avidan says.

The couple were well known for staging catwalk extravaganzas during Australian Fashion Week with international supermodels and celebrities strutting their collections.

But after selling out of the fashion business in 2014, Avidan came to a new business arrangement with his wife.

“One thing we agreed when I sold out of fashion was that we were going to have the best marriage and we were no longer going to need to argue and fight about business.

“I didn’t want to keep coming home and having a boardroom meeting at the dinner table—so, I’m very happy to say Charlie has absolutely no involvement in the property business and life has never been better.

“However, now I’ve got my son David working with me, Charlie and my daughter are complaining that whenever we’re sitting around together, he and I always end up talking business.

“He loves the game and I love it too. I love working with him. I love the architecture and interior design, and I love the marketing of it—that’s the rag trader in me.”