The winning design was selected following an international design competition with jurors, including representatives from the state government and Australian Institute of Architects weighing in.

The developer intends to build a 60,000sq m office tower at 55 Pitt Street under the scheme put forward by Shop and Woods Bagot.

The tower, which will span three addresses held by Mirvac since as early as 2003, will hold frontages to Pitt, Underwood and Dalley Streets.

The proposed development, which could reach up 232 metres in height, will now move into the detailed development application phase in close consultation with the City of Sydney Council.

It would see the demolition of a 9-storey mid-century commercial office building and significant upgrades of the adjacent Ausgrid and Telstra utility buildings.

Mirvac chief investment officer Brett Draffen said the design was selected due to the building's podium seamlessly integrating into the urban landscape at ground level, as well as its ability to redefine the Sydney skyline at its peak. 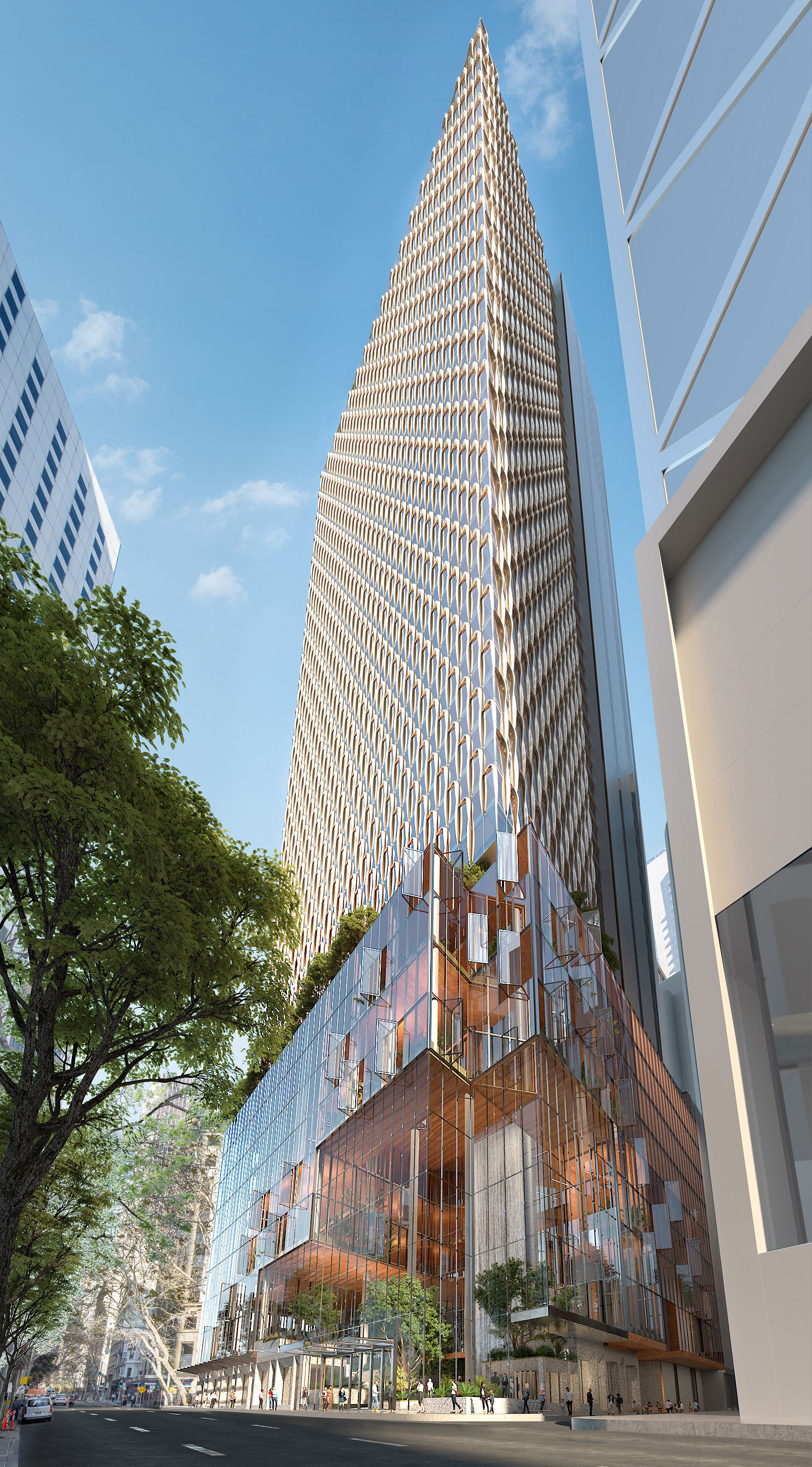 ▲The Circular Quay tower was originally billed to provide up to 45,000sq m of commercial and retail space. Image: Supplied

“Prior to the time of early European settlement, the site formed part of the harbour shoreline.

“Shop Architects and Woods Bagot [have] weaved this fascinating history into their design for the lobby and entry hall, using cascading water features, lush landscaping and indigenous narratives,” Draffen said.

The design will prioritises the experience of its visitors and occupants throughout with flexible working spaces, natural lights and views of Sydney Harbour.

Despite a slow rebound in occupancy expected across the commercial sector amid uncertain economic conditions, major office projects are still moving ahead at pace across Sydney.

Nearby, Lendlease along with China’s Ping An Real Estate and Japan’s Mitsubishi Estate Asia, have plans for a 53-storey Circular Quay tower set to be anchored by technology group Salesforce.

Poly Australia is also on track to deliver its flagship commercial development, the $500 million Poly Centre, located at 210 George Street.

Investa Commercial Property Fund and Manulife Financial Corporation have plans for a 30,000sq m office tower at 39 Martin Place after acquiring the project from Macquarie Group.

Further south at Central Station, Tech giant Atlassian and Dexus are pressing ahead with plans for a $1 billion-plus concrete-and-timber tower, while Dexus and Frasers Property Australia have appointed Fender Katsalidis and Skidmore, Owings & Merrill to design their neighbouring $2.5 billion Central Place Sydney project.